I took a break after posting the Mike Cernovich interview yesterday, because why not? Back in the fall and earlier part of this year, I rarely took breaks. That shit will wear you down quick, and is not advisable. It’s not the physical part of your body that needs one. After all, I’m sitting here in front of a computer. It’s the mental aspect. But, enough about my inner psychology. Let’s talk about William Shatner.

Yes, Shatner. He decided to give his thoughts on GamerGate a few hours ago. I didn’t think this would happen, but then again, I didn’t think Anne Rice would come into play, either. Richard Dawkins speaking out was also unforeseen. Hell, Adam Baldwin creating the hashtag at the very beginning of all this was pretty damn crazy as well. So, why not Shatner, when you (and by you, I mean me) put it that way?

OK, that’s enough intro. Let me go ahead and show you what Captain Kirk had to say. I do think he was more balanced than most of our critics, but he’s still being influenced somewhat by the fraudulent media narrative. 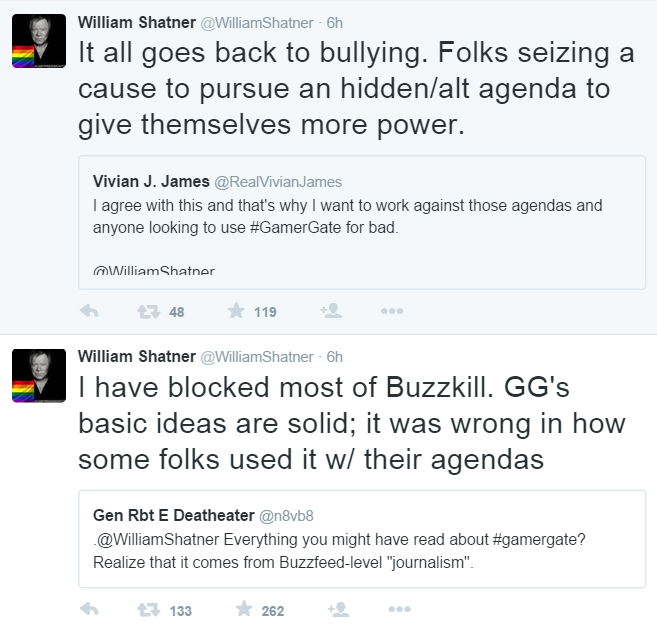 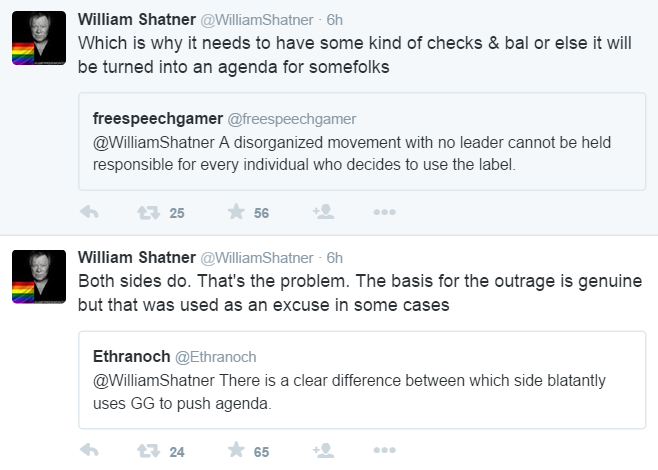 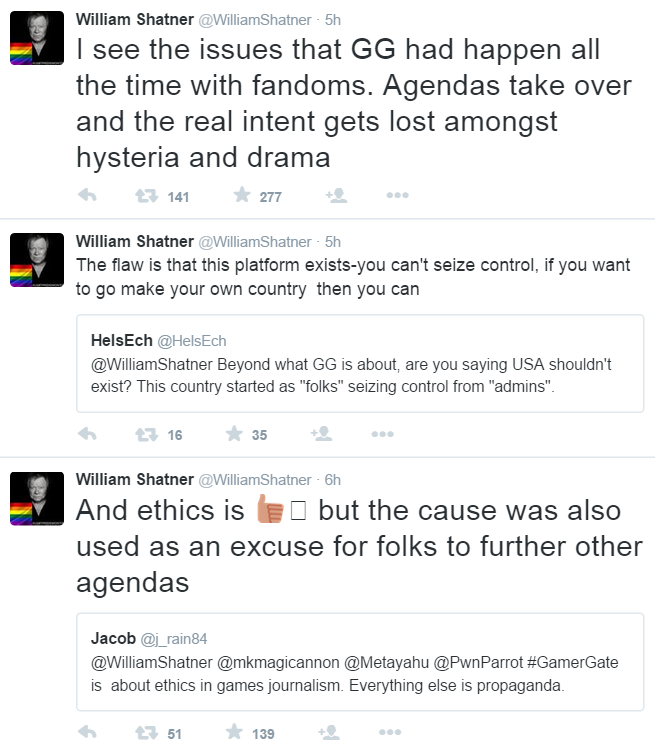 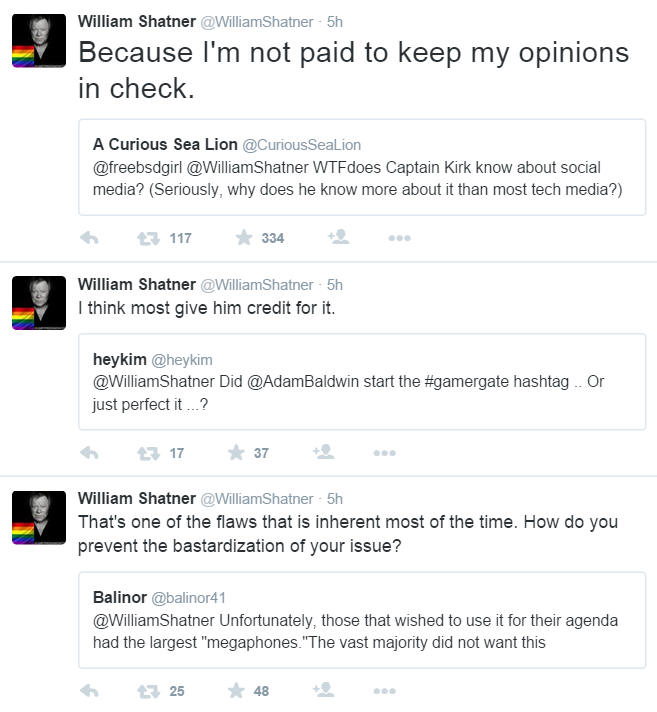 (These are somewhat out-of-order due to the nature of Twitter scrolling. Archive link.)

He puts a small amount of heat on the SJWs, but his reading of the situation is a little off. GamerGate is in no way tied to bullying, unless you’re talking about the way the gaming press tried to bully their own customers. He didn’t go wild with trashing us, though, and he even said “the basis for the outrage was genuine.” He also trashed BuzzFeed, and said “GG’s basic ideas are solid.” It seems like he just disagrees with some of the tactics. I’ll say this: mistakes have been made by GamerGate, myself included. But we’re a ragtag bunch with little money and resources. Our media outlets are new, in most cases. The forces we’re up against have an advanced infrastructure and press presence. It means we have to do some unorthodox things sometime. None of that means harassment, though. Our opponents’ own data shows that I’m right. 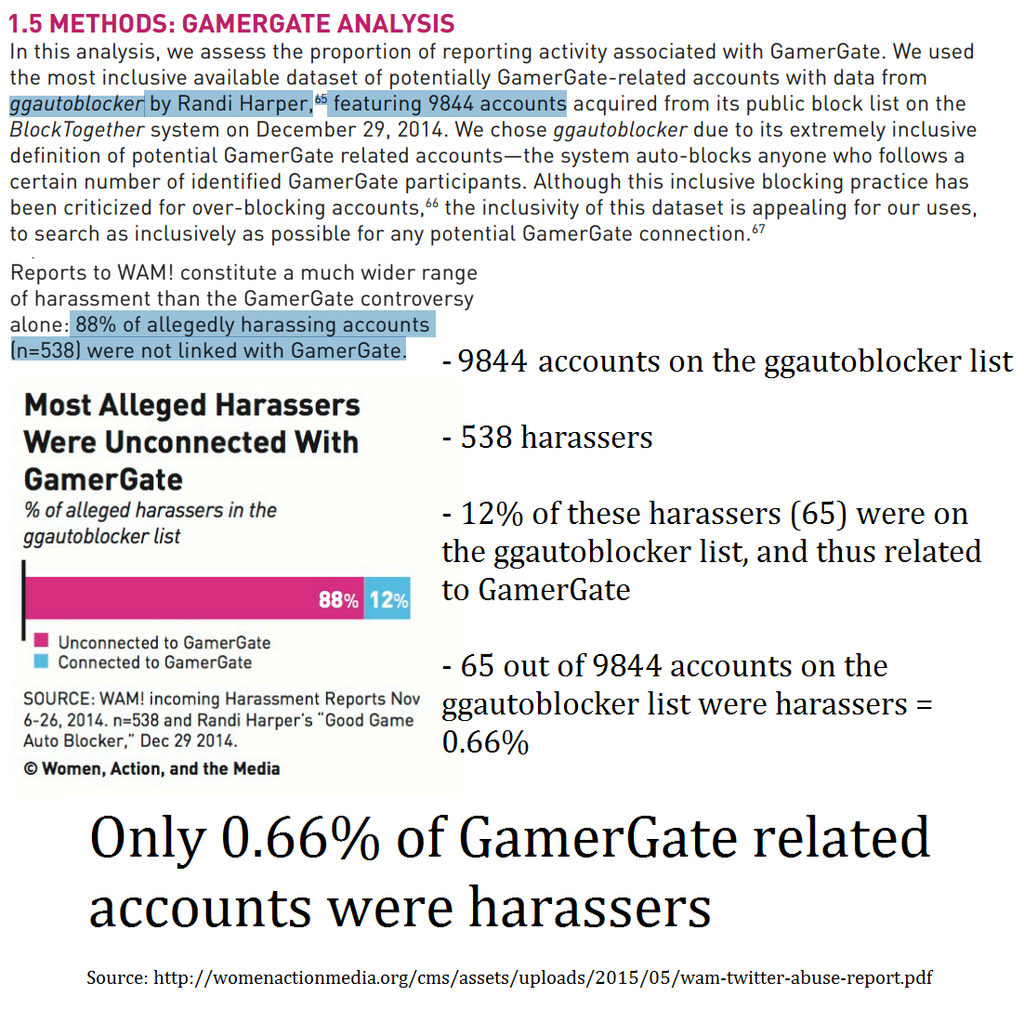 It’s cool to see Shatner speak on GamerGate a little bit. He backed us, in some ways. I didn’t like some of what he said, but that’s OK. He’s not involved with this stuff daily like us. So I can let that slide a little bit. He was very open with talking to supporters, etc. It also seems like he might say more in the future. We’ll see what happens.

Let me know what you think. I’m going to go edit these two other posts. Also, we’re all waiting on Milo’s article on Big Randi to drop. I’ll have it covered here.