I had quite the roller coaster morning. After the piece the went live from the women on the other side of the Steve Tom Sawyer situation. I had to talk to about 300 people in a very short amount of time. Well, I didn’t have to, but I usually address any questions people might have about my articles immediately after on Twitter. There were naturally a lot of questions yesterday. But there were a lot of lies being told about my work here. Robin Gething, Steve Tom Sawyers right hand man, was peddling the fantasy that I wrote the column. That’s simply not true. I have a cleaned up version of the pdf HERE, and as I made clear in the column (and updated to make even more clear in later). His claims are false, and his insistence on trolling the comments is amusing. But please keep contributing below, Robin.

After I talked about the piece for awhile, I was linked to a voice recording from Internet Aristocrat, which gave his reasoning for leaving GamerGate. As always, arguably the most prominent personality in our revolt was witty, colorful, and hilarious. Well, that’s if you could get past some of the bombs he was dropping on GamerGate as a whole. He promised to popup later with a different name and channel, as well as perhaps a different style. The man is nothing if not enigmatic. No one can ever take that away from him.

He was frustrated with certain elements within GamerGate that obsess about tearing down people like him, and other notable personalities. The root of a lot of this seems to be the “e-celeb” (Hi Mom!) obsessions of some. It turns out, some people get really jealous if you make any money, or get any type of notoriety from this. I don’t apologize for making some modest earnings here with the site. I work hard at this. It’s a job I love, and am super passionate about it, and believe in. Why shouldn’t a person make money? These people don’t see it that way, and they obsess on ways to take people like Jayd3fox down for no reason. Keep in mind this comes from a pro-GamerGate Skype group linked to haters on the e-celeb thread. As I was bringing this to publication, her YouTube account was allegedly hacked (and beat 2-factor authentication), and a old video she had privated was uploaded on an 4chan thread on /pol/ dedicated to Internet Aristocrat.  Here’s a screenshot provided to me from the Skype group in question (UPDATE: A source gave me more screens from the chat. They dispute my other source’s account. You can decide.): 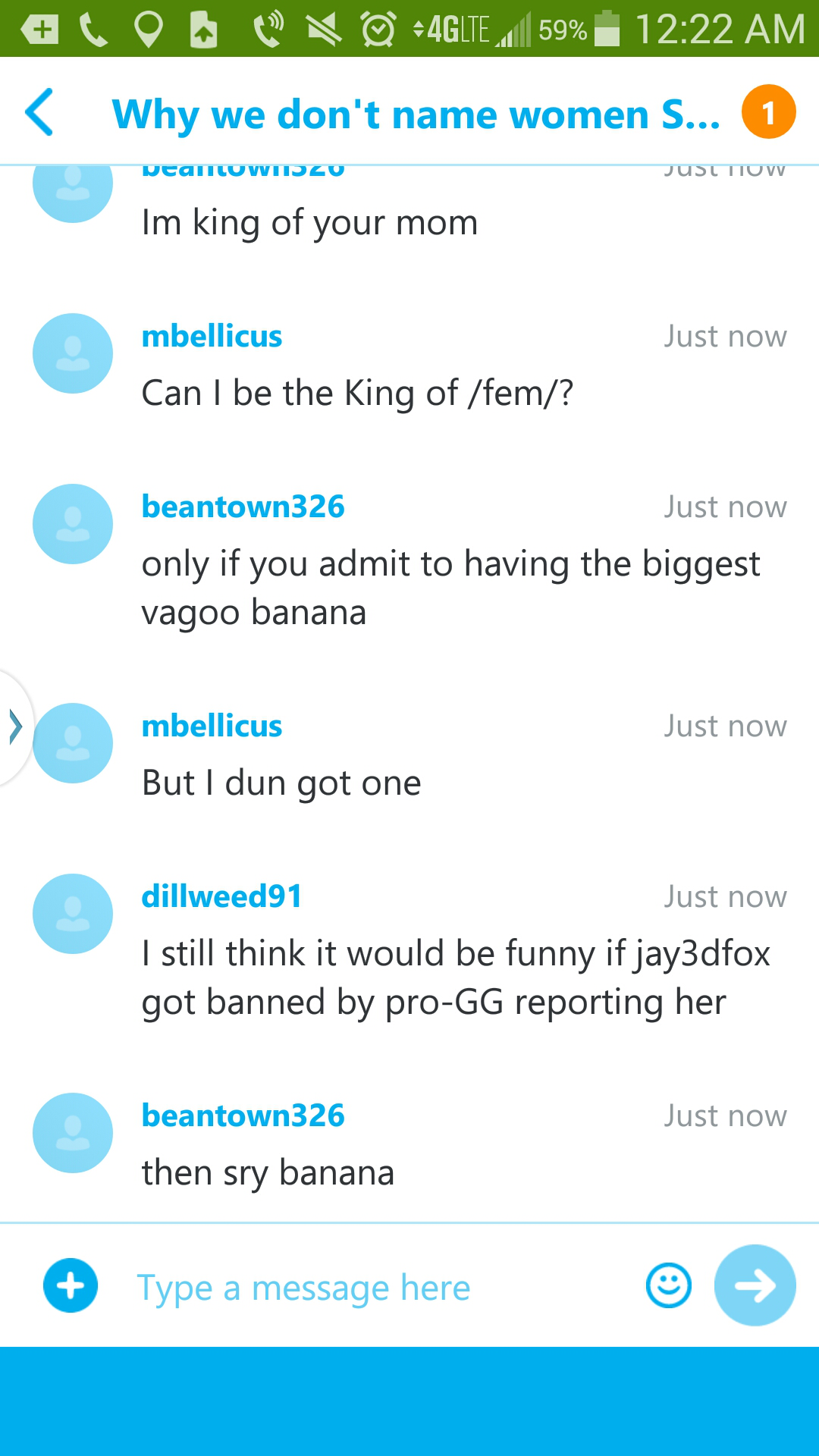 Jayd said some things on the way out that I didn’t like. So what? People like her and Internet Aristocrat put a lot into GamerGate, and were directly responsible for many good activities, in my opinion. Let’s not trash them. They said some nasty things. But when you’re prominent, and you try to leave quietly, people refuse to let that happen. They want you to give a statement, and will pester you, and shitpost you repeatedly until you do. That statement might not be as positive as a future retrospective months down the road. Emotions are raw. Put the words and actions into context.

Something that got a lot of attention, was the part of the clip where he talks about big names in GamerGate making money off of the cause. He wanted me to make it clear to you all that he wasn’t referring to people like me, TechRaptor, Niche Gamer, William Usher, and folks like that. He told me directly that he had no problem with what I do. He said it was people like Steve Tom Sawyer (among others) who caused him to get sick of the thing he helped create. The culture of begging is not something he wanted to support, especially when many of these people are fake, in his view. In other words, they just came in to make a quick buck.

Here is a quote from him about Mr. Sawyer:

“How is it, that a man who’s from Compton, cries like a little bitch when two short Asian women ask him for rent? I thought you were an OG?”

He was also critical of initiatives such as buying Dr. Matt Taylor a feel good gift after SJWs ludicrously attacked him over his shirt, on the day he landed a probe on a fucking comet in space. That’s the type of things they do, not us, in his mind. He also mocked the sea lion initiative as a waste of time, and just plain stupid. He calculated that we’ve raised over $200,000 for charities, and stuff like the operations mentioned above. Couldn’t we use this money to promote GamerGate with an awareness campaign? A lot of people still don’t even know about us.

“Tell the truth and look how angry people get. Getting told the reality of a thing can be unpleasant. It’s OK, I’m sure they can adopt another fucking sea lion to soothe the pain.”

He was particularly perplexed at the charges of self-promotion made against him. He never made one dime off GamerGate. Why would he care about self-promotion? He was doing what he was doing for the cause, because he believed in it. Like me, he’s not just here to fight corruption in gaming journalism. Without attacking the root SJW cancer as well, you will never defeat the bastards. They have a very advanced networking structure, decades of entrenchment in academia, and control almost all of the mainstream media. In an environment like this, being too moderate, and being too lame, isn’t going to work. You do need a harder edge when you face steeper odds (take guerrilla warfare, for example).

At the end of the day, Internet Aristocrat said there was no middle position:

He told me that he was even offered employment by opponents, to presumably come in and be the “house GamerGate voice.” That’s not something he wanted to do, and I don’t blame him. While a sick part of me would have liked to seen him shake up one of those places, I know that it wouldn’t work. Plus, he just doesn’t want it. Despite being one of the most talented broadcasters I’ve seen in my life, he just doesn’t want to be famous. If that means he has to kill his Internet Aristocrat persona, and hide out for a half year until everyone forgets him, then so be it. He’s done it before, and I’m sure he will do it again.

“There were large money offers from the other side.”

This interview came to me out of nowhere, so I wasn’t exactly prepared. We just had a casual, 30-40 minute conversation on his time in GamerGate. At the conclusion of our time together, I asked him if he had any words for his fans in GamerGate, who came to me today on Twitter pretty much crushed. He offered this reply:

“I hope you win. Stay on the outside, don’t get sucked into the mainstream bullshit. None of us want to see the SJWs win gaming.”

At the end of the day, Internet Aristocrat was one of the people who originally inspired me to get into this movement. He helped me along the way by sharing my articles on Twitter, promoting my site as a good place to go for GamerGate news, and had me on his stream. He even came on my stream one day. I greatly appreciate all he personally did to help us become the #1 GamerGate site. I didn’t agree with everything he said in his GamerGate exit statement, but I think given the work he put in, he has the right to say it. Thanks for everything you helped me with personally, and all you did for GamerGate. Also, I appreciate the interview. :3