I’m about to go to sleep. A long night of thinking and Twitter lulz have kept me from my rest. But, I figured why not write a post before bedtime here on my phone? So here I am. We’re taking Joss Whedon again. I’m really hoping we can keep him off the site for awhile after this, but he keeps turning up like a bad penny.
In case you missed it, he came out and tried to do some damage control. If you read my site at all within the last 24 hours, then you know his departure from Twitter has been attributed to the viscous SJW attacks he suffered for his work on the new Avengers movie. Not only did I say it, the entire media said it.

I guess he started to worry about losing some of that precious feminist cred, so he took to BuzzFeed in order to patch things up. Hilarity ensued: 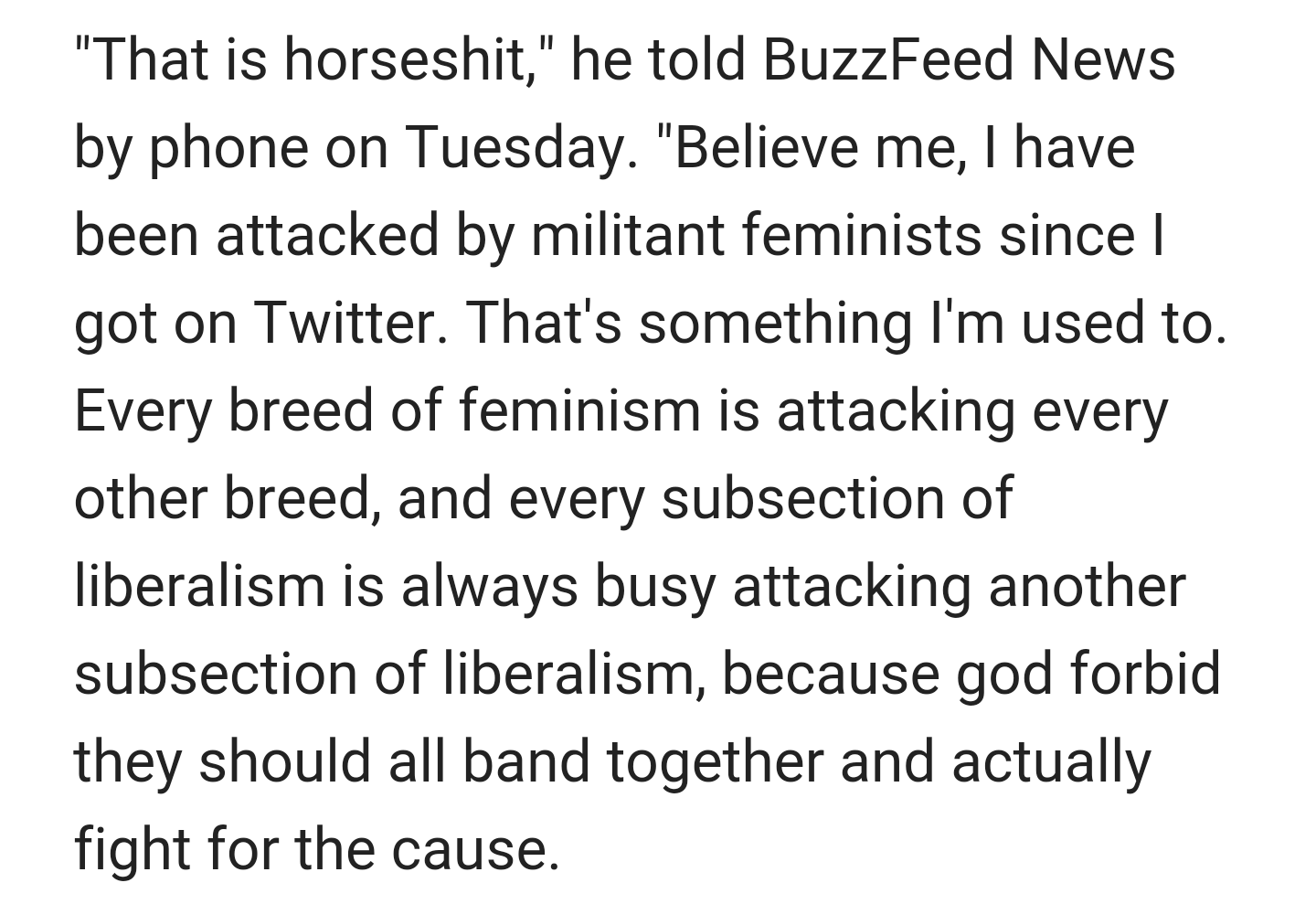 So, you’ve been getting attacked by irrational feminists from Day 1, then? Not only that, Whedon basically said the entire left wing is in disarray. I wonder if that has to do with the rabid band of SJW ideologues running wild and attacking everything in sight…including supposed allies.

Nah, it couldn’t be that.

Even the BuzzFeed hack was calling bullshit on this: 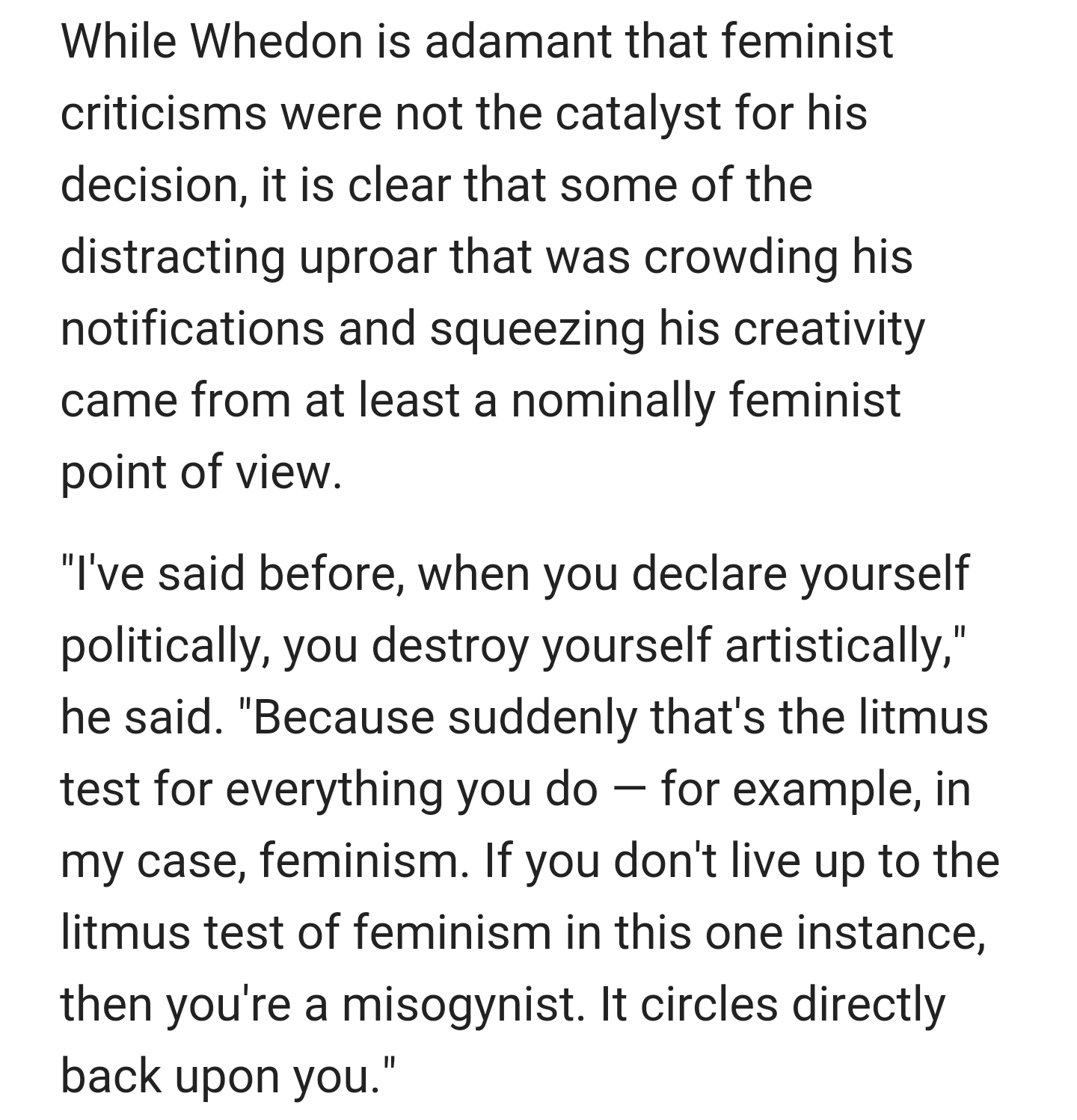 Joss Whedon can protest all he fucking wants, but as the guy just said, it’s clear where this is coming from. Keep saying my eyes are lying to me. I’m not buying it, though. Also, how sad is it to read that paragraph about the feminists trying to control the man’s art? He’s on their fucking side and they treat him like this. I’m glad I’m not part of a wretched community like that one.

I’ll be back around 1pm EST with more, after I get my beauty sleep.