I’m almost at a loss for words with this one, people. Corey Lewandowski, Donald Trump’s campaign manager, has been charged over the whole arm-grabbing thing. It strikes me as utterly ridiculous, but that’s the sad state of affairs we’re living with.

Corey Lewandowski, Donald Trump campaign manager, was charged this morning with misdemeanor battery after allegations of forcefully grabbing a reporter at a Jupiter news conference, town police confirmed this morning.

Following a March 8 conference at Trump National Golf Club, Michelle Fields, a 28-year-old reporter formerly with the online Breitbart News Network, said she was grabbed on the arm by Lewandowski, 41, after she asked Trump a question about affirmative action.

Jupiter police later said they were looking into the incident after Fields filed a report, although investigators had not named Lewandowski.

Lewandowski turned himself in to Jupiter police just after 8 a.m., according to a police report.

We’ve all seen the multiple videos by now. Anyone with any sense can see that no assault took place. Lewandowski just moved Fields out of the way, since she was obstructing Trump’s exit. I don’t see how this could ever be any sort of crime.

I still don’t see any kind of assault. This whole thing is pathetic. The way members of the Republican establishment are reacting to this is also about as lame as you can get. Retweeting SJW media and acting like some activist with Listen & Believe on the brain? Wow. I would be stunned, but these people long ago showed that they don’t care how Trump gets knocked off course, so long as it happens.

UPDATE: The Trump campaign has responded…

Statement from @realDonaldTrump campaign re: campaign manager @CLewandowski_ being booked and charged with battery: pic.twitter.com/dWKWrzZiGP 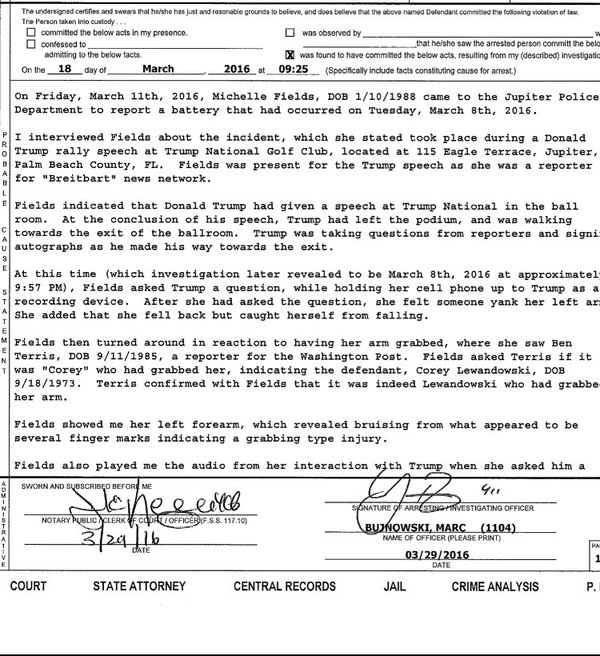 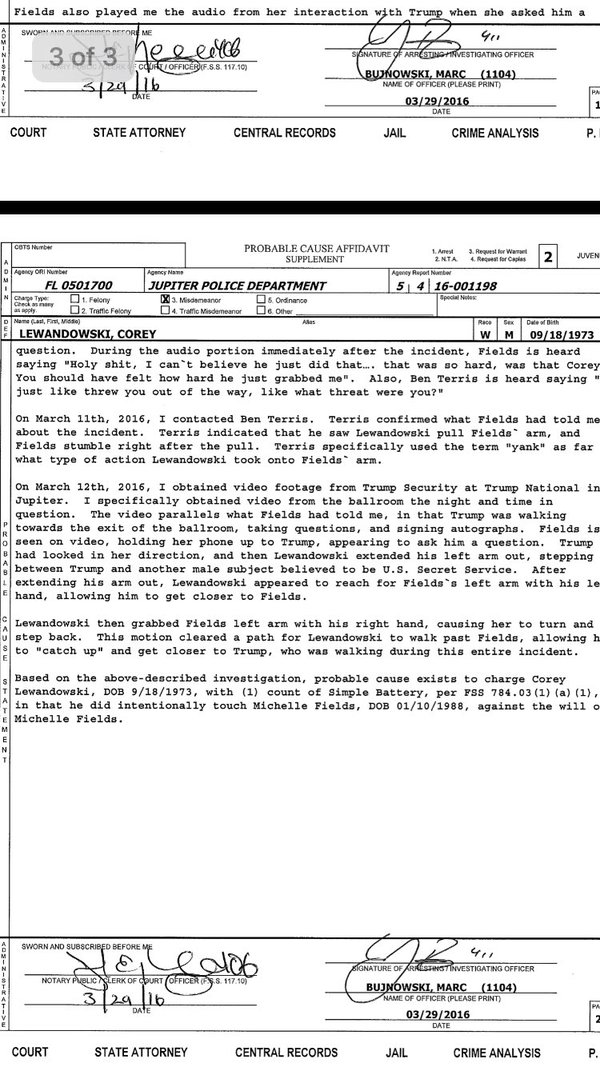