Ars Technica: “To Maintain its Position as a Platform for Free Discourse, Twitter Must Censor its Users.”

OK, we’re back to normal today, for the most part. I’ll write a couple short hits about drama later, but I want to talk about 3 or 4 real news items first. The first has to do with Twitter itself, although it’s not about the stock price falling another 5.58% yesterday. While notable, and probably deserving of its own post, the thing that caught my eye about the service yesterday was a column about the recent changes to the Twitter Rules. As you know, I’ve been locked 4 times over the last 5 months, so this is something near and dear to my heart. Twitter is killing itself with censorship, and this editor from Ars Technica is cheering them right along.

Annalee Newitz (the “tech culture editor” at Ars) is her name, and I’m sure you all are just as shocked as I am that someone who looks like this is cheering for more censorship… 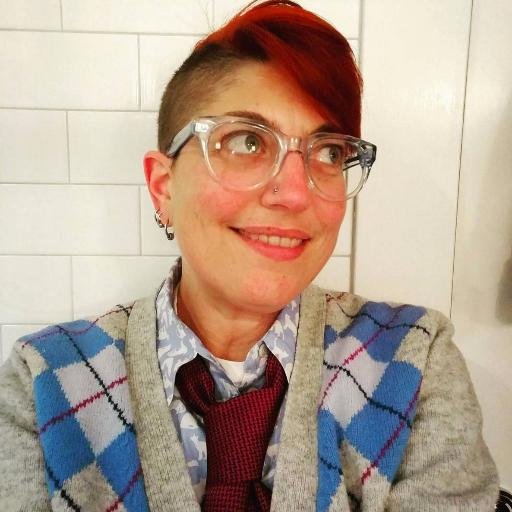 Jesus Christ, imagine having hair like that willingly. I could understand if it was part of a lost bet or something, but for fuck’s sake, that’s ugly as piss. Anyway, the only thing worse than her shitty ass haircut is what she wrote yesterday…

Twitter has discovered what many proponents of democratic society already knew: censorship is not the opposite of free speech. In fact, so-called free speech can actually be used as a weapon to silence the vulnerable and dispossessed. Ironically, to maintain its position as a platform for free discourse, Twitter must censor its users. Like Reddit, this once laissez-faire community is making some basic safety rules.

Up is down, wrong is right, censor Twitter so there can be more free discourse. Can you imagine being so deep into a fucked up ideology that it made you distort objective reality? These people will say anything to censor their political opponents and other undesirables. Much like the losers who run KotakuInAction, they don’t care about what’re true and what’s not. They only care about what they can make sound good enough to enact their will on everyone else. As long as Twitter keeping listening to sick fucks like this, their stock price will keep circling the drain. 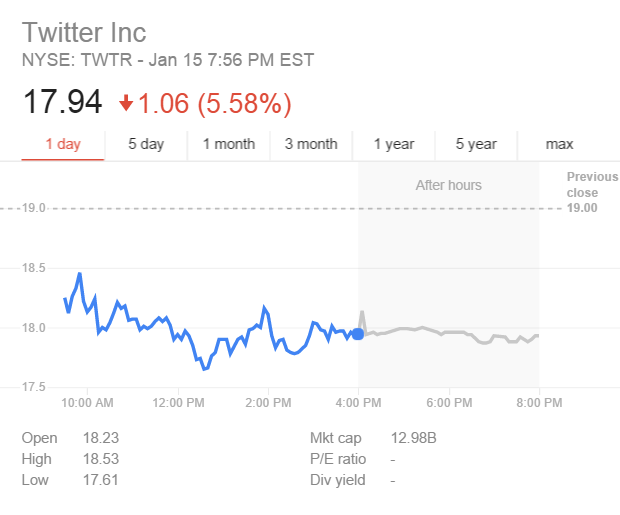 There is a danger for Twitter that the stock price is contributing to a vicious circle. The story about Twitter isn’t about the company’s products anymore, but its struggles. Every breathless headline about its stock price going down further contributes to this narrative — and in turn puts more pressure on its stock.

Something needs to change fast, Jack, while there’s still a company left to save.