“I thought once everybody could speak freely and exchange information and ideas, the world is automatically going to be a better place. I was wrong about that.”
Total
10
Shares
Share 10
Tweet 0
Pin it 0

I thought once everybody could speak freely and exchange information and ideas, the world is automatically going to be a better place. I was wrong about that.

I recently came across an interview Evan Williams did with The New York Times in which both he and the sympathetic author whinge and moan at great length about how other people choose to use social media to express opinions they find objectionable. I enjoyed this piece quite a lot because of the way it unintentionally showcases many of the reasons why the Silicon Valley mindset is so insufferable and why these billionaire Utopian idealists are such cancerous jackasses.

I highly recommend you all read the original article, but I’m going to go through what I think are the highlights.

The problem with the Internet, contends Williams, is that it rewards extremes. He likens the process to the way everyone will stop to look at a car crash, complaining that the internet’s market of ideas and content subsequently takes this as a sign that people want more car crashes. To bring his metaphor a step further, however, I must point out that demolition derbies and monster truck rallies are a beloved and much celebrated form of entertainment in some circles. What exactly is his point? The internet is reflecting natural human behavior.

“If I learn that every time I drive down this road I’m going to see more and more car crashes,” he says, “I’m going to take a different road.”

Hey, whatever floats your boat! If you don’t like something, OK. Don’t partake in it. But it’s clear that Williams feels a need to rain on other people’s fun. Of course this is something we’ve seen from the Silicon Set constantly. It not only reveals what a bunch of finger wagging buzzkills they are but also illuminates their megalomania. 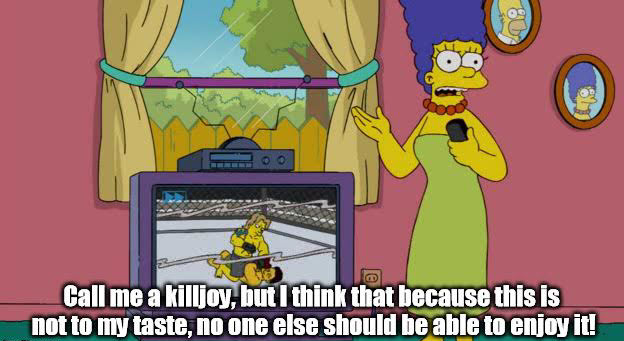 From there both the NYT article and Williams contradict whatever point they were trying to make as it shifts over into shilling for his newer project, Medium, a blogging site that I’ve used more than a few times myself. Unfortunately for Evan, Medium is nowhere near as popular as the arenas full of “car crashes” he had just gotten through lamenting. The article even admits it, pointing out that it really is just an 85 employee vanity project.

Earlier this year, Medium laid off 50 employees. The reason given was that the content on Medium was unable to grab eyeballs, which meant it couldn’t bring in enough ad-revenue to become profitable, either to it’s operators or it’s contributors.

Williams himself slammed the current model, which he said drives clickbait to serve the goals of corporations. “It simply doesn’t serve the people,” he said. “In fact, it’s not designed to.”

Williams is mad because people disagree with him and like things other than the things he likes, and he really wants to have a whine about it, but chooses to do so from behind the pretense of appearing deeply concerned and thoughtful. A strange tangent then follows where the writer shits on small town rural America and Williams complains about the dastardly football jocks he contended with in his Nebraska high school (of course he does) before the piece gets back on topic.

Ad-driven systems can only reward attention. They can’t reward the right answer. Consumer-paid systems can. They can reward value. The inevitable solution: People will have to pay for quality content.

Yes, that’s right. The man believes that the solution to making money off of content that people aren’t even looking at when it’s free is to put it behind a paywall. Moreover, really think and consider for a moment what he’s saying here. He’s saying that the consumer is wrong, and that the market is wrong because he’s the one with “the right answer” and that it’s everyone else’s fault for not seeing it that way. 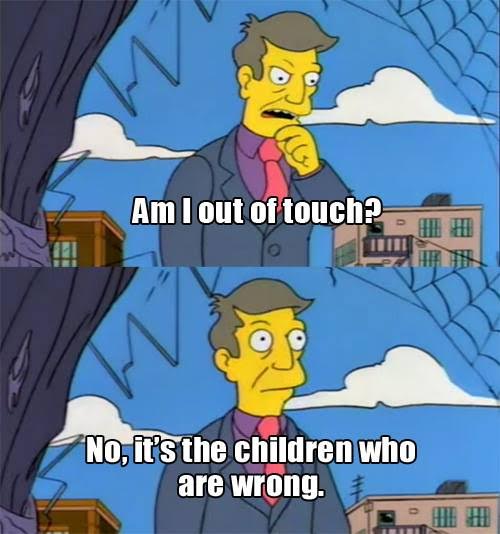 The attitudes and tendencies Williams displays in the NYT interview are hardly uncommon among the Silicon Set. We’ve seen it time and again on this very blog. I selected this piece precisely because of how typical Williams is, and how typical it also is for a sympathetic prog media to fawn over insufferable pieces of crap like him. I’ve rarely seen it all summed up so perfectly in one place in the form of such an effective and epic self-own.

These people also tend to have messianic complexes. At a college commencement speech Williams likened himself and Silicon Valley as a whole to the titan Prometheus and said the following:

What we tend to forget is that Zeus was so pissed at Prometheus that he chained him to a rock so eagles could peck out his guts for eternity. Some would say that’s what we deserve for giving the power of tweets to Donald Trump.

It’s more than obvious after reading the NYT interview that Williams is no businessman. A businessman who created an online platform where the major discourse surrounding national elections played out would be pleased people were using the service and would simply work to cash in on it from there. That’s the entire point of a business, to create something the market wants and to make money off providing it. It’s really no wonder that with this man on it’s board that Twitter has never once made a profit in all it’s years of operation. It can’t all be laid at his feet alone, but they’re ALL basically like this over there.

They say they want to host a forum but all they really want to do is shout at you through a megaphone.

Despite likening his journey to that of Prometheus it’s clear from reading the interview that Williams hasn’t learned a single thing from it, because he’s still on some sort of crusade to save humanity. Social media companies have been getting alot more restrictive lately, downright Orwellian, and it‘s in very large part due to these Utopian idealists in Silicon Valley.

“I think we will fix these things, twenty years isn’t very long to change how society works.”

-Evan Williams regarding the push to censor wrongthink in social media

It’s amazing how the people smart enough to build the technological wonders that reshaped the entire world right in front of us are such complete and utter idiots, but given what they’ve built and the wealth and prestige it’s brought them, we shouldn’t be surprised that they’re such a bunch of creepy little authoritarian control freaks.

“The urge to save humanity is almost always a false front for the urge to rule.”