But the major disappointment concerns the “monthly active users” part of the report. While Facebook gained 40 million monthly active users in the 4th quarter of 2015, Twitter actually lost 2 million. It’s hard to stress just how bad this news is for the company. One of the main concerns Wall Street has had as of late is the problems Twitter has had with growing the user base. They have been stuck at around 300 million users seemingly forever. This report shows that’s not changing. Instagram is beating them, Snapchat is beating them, and Tumblr is beating them. That’s not even the worst part. The no growth aspect is the truly negative aspect, as I said.

Now that Twitter has reported Q4 results, this is where some of the major social networks stand in terms of MAUs. pic.twitter.com/MF34Gs1mbI

The stock originally plunged 13%+ in after hours trading, but it has since rebounded. There’s no telling what it will do tomorrow, however. The company is sure to be in for a very bumpy ride for the foreseeable future. I guess these guys are pretty used to that, given the last year. 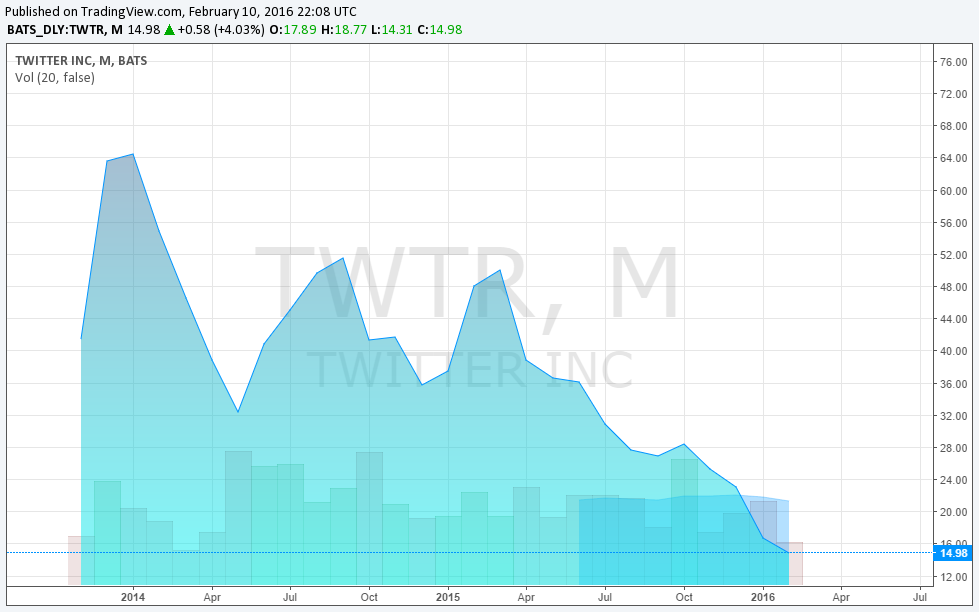 They still don’t seem to have a fucking clue, by the way…

Twitter says it will fix some of the things on its platform this year that "inhibit usage and drive people away" pic.twitter.com/yVYfNtIOuG

Yea, cause dot replies and other small potato shit like that are what’s driving away users (lol). No, what’s causing people to leave is you idiots being in bed with people like Anita Sarkeesian and refusing to enforce the rules evenly. About the only thing I’ve seen them do right in the last year is introduce account locks as a level of punishment before outright banning. The problem there is they’re still enforced unevenly and the rules are all open for interpretation…if they even bother to respond to you at all. At this point I think the only thing that’s going to truly help is some company like Google coming along and buying the service. I don’t think the people who currently run the place are ever going to be able to get the job done.