On Nyberg, Twitter Bans, & The Fantastical Claim About Me Controlling Izzy Galvez

You know what’s funny? Some people don’t care to read and understand the rules of Twitter. I know it would be great if we could all just tag whoever we want with any old slam under the sun, but, that’s not the case. Back in the fall of 2014, you used to be able to get away with a lot more. In case you haven’t noticed, it’s the fall of 2015 now. The Support team is no longer going to let you fuck with people daily, especially if that person is a celebrated tranny. I realize that to you and me, Nyberg is just a disgusting pedophile. But to Twitter and their SJW staff, this is a brave young activist we should all let go about its business in peace. That’s just the lay of the land.

So, if you want to use their service, you have to be careful about when you tag the sick fuck. You may not like this, but I’m letting you know that if you don’t want to get banned, stop tagging Sarah Nyberg (@srhbutts).  But that’s not the only thing I wanted to talk about. There’s also a fantastic claim circulating today about your’s truly.

Apparently, I control Izzy Galvez and use him to get people banned off Twitter. Needless to say, nothing could be further from the truth. I know Leopirate is spreading all kinds of nonsense, but there’s only one truth. I had nothing to do with his dumbass getting banned. That was all on him. Now, I don’t support the ban, even though I’m not shedding any tears over a piece of shit like him. That furry fuck is not the only one who has been affected, though. I also know of others who have gotten banned, even today:

Like I said: if you don’t want to get banned, stop tagging the nasty fucker, especially with inflammatory tweets. It’s simple advice, and I follow it myself. If you don’t care about getting booted off Twitter, then by all means, do what you want. Personally, I want to keep my account. But that’s just me. I know some of you do not give a fuck, and I respect that position as well.

As for the claim I control Izzy? It was spread by someone who has recently had a mental breakdown. If you want to believe something that is so clearly a figment of someone’s damaged imagination, go right ahead. But I would expect that most of you know that it’s bullshit. You never know, though. Which is why I’m releasing all this information in the first place: 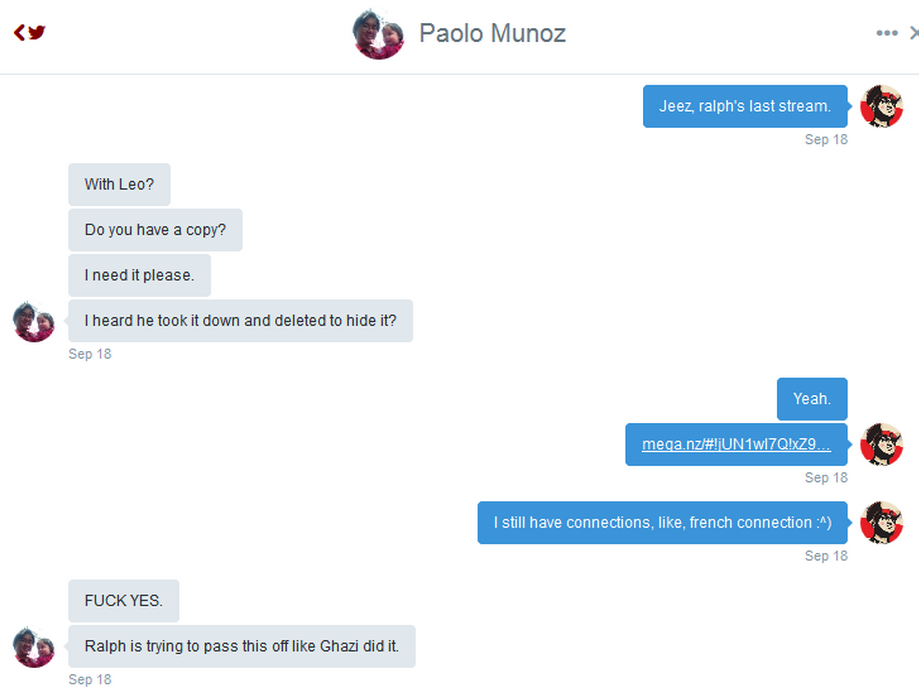 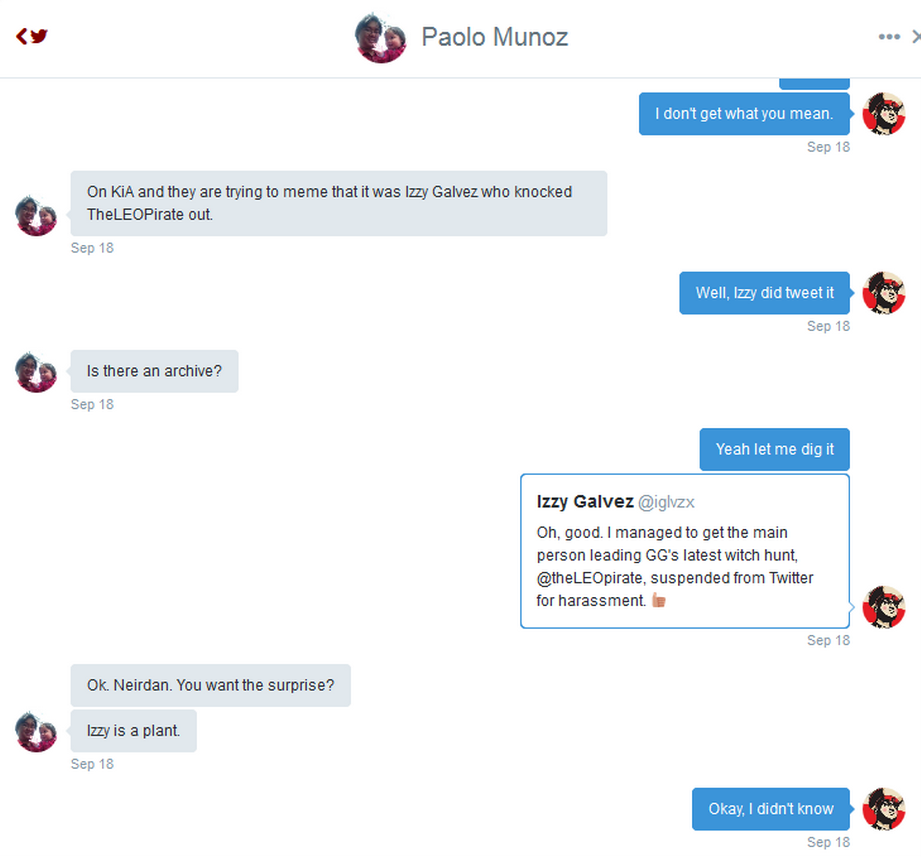 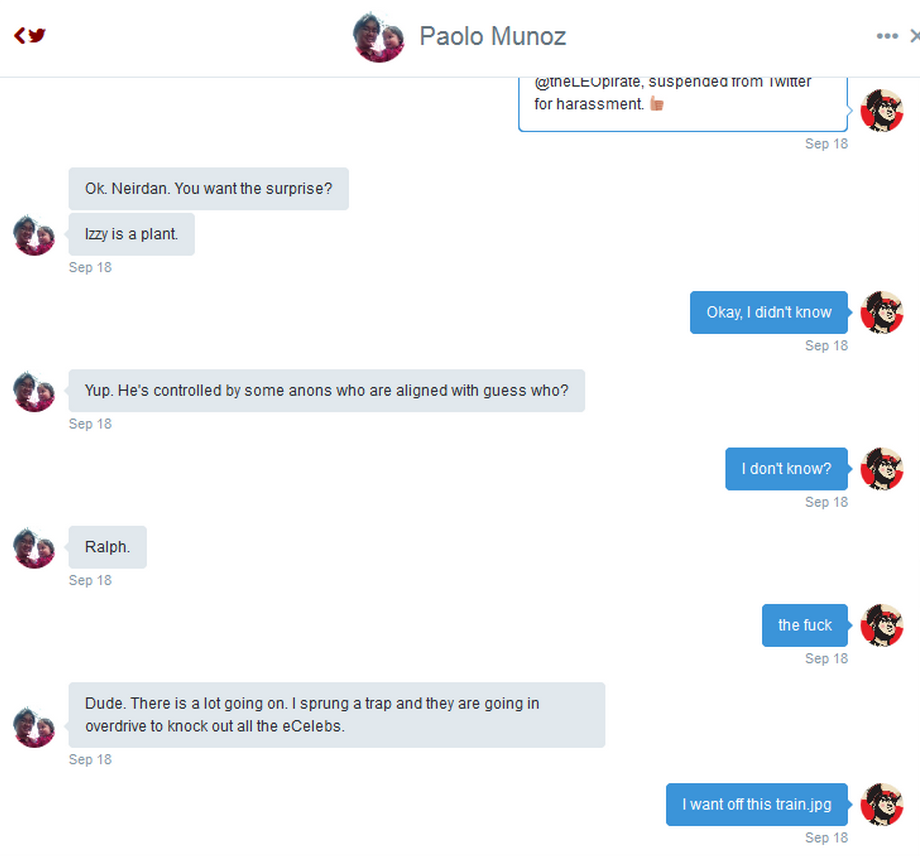 I hope Mr. Munoz gets well soon, but I had to show this evidence, given the spurious claims being circulated by Leopirate and various other haters (like the cunt I talked about all last week). If not for this rumor, I wouldn’t be talking about them at all. But if you follow politics, then you know it’s important not to let fake bullshit stand up without a challenge. Consider this the challenge.

I’ll be back in a bit with an analysis of moot’s latest interview, which touches on GamerGate. Let me know you thoughts down below.