Last night, right before I was due to go on stream with the incomparable Daddy Warpig, I was alerted to the fact that my Twitter account had been locked for 12 hours. At first, I thought it had been outright suspended, which got me going pretty good. Other than this site itself, my Twitter account is the most important platform I have (no offense to the amazing Facebook crowd). So, it’s a pretty big deal when it gets put in danger. I’m not “verified,” so I can’t get away with as much as people like the lovely Master Milo. I’ve had it locked once or twice before and had to delete a tweet or two. But this was the first time I had to sit in timeout for it. I guess I’m moving up the chain of offenses.

The thing is, there’s at least 1,000 people on Twitter who would love nothing more than to shut me down. So I’m usually pretty careful. But last week, I was alerted to a tweet where some clown (@DavidGX) talked about how he wanted to punch me in the throat. Here it is below: 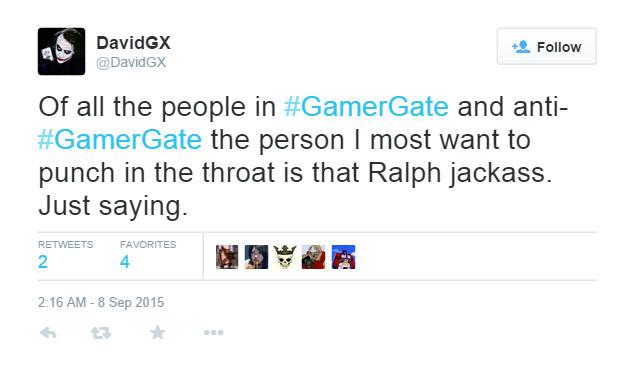 By the way, that logo is not mine, it’s the lame parody account someone with no life made to fuck around on Twitter. Anyway, once I saw this, I was amused, and decided to tell this pussy bitch to bring it right to my doorstep. Apparently, my response was too much for the little punk to handle. Keep in mind, it’s a virtual certainty that he was the one who reported it, because Twitter hardly ever takes action unless the person who was tweeted at does the reporting: 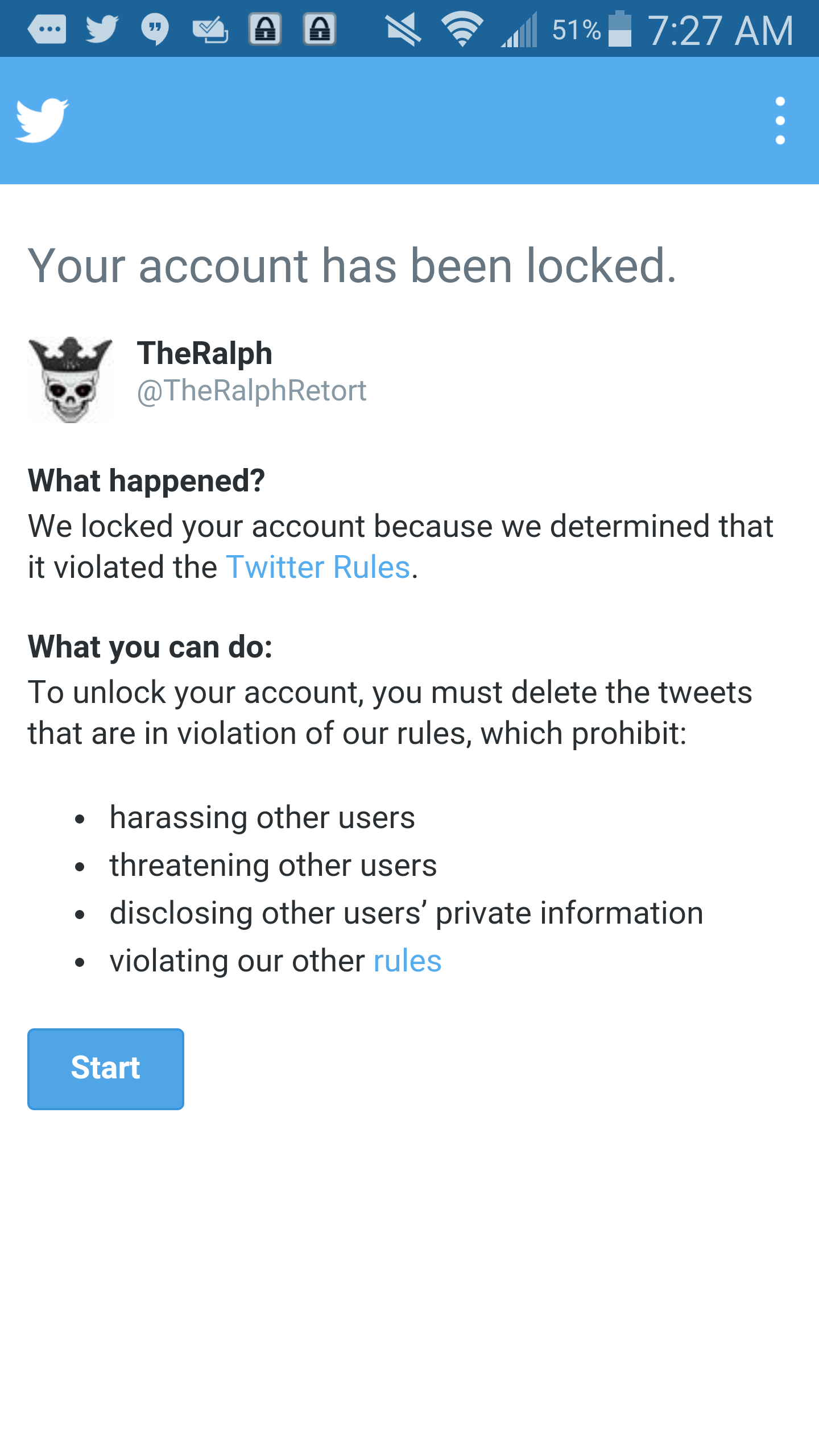 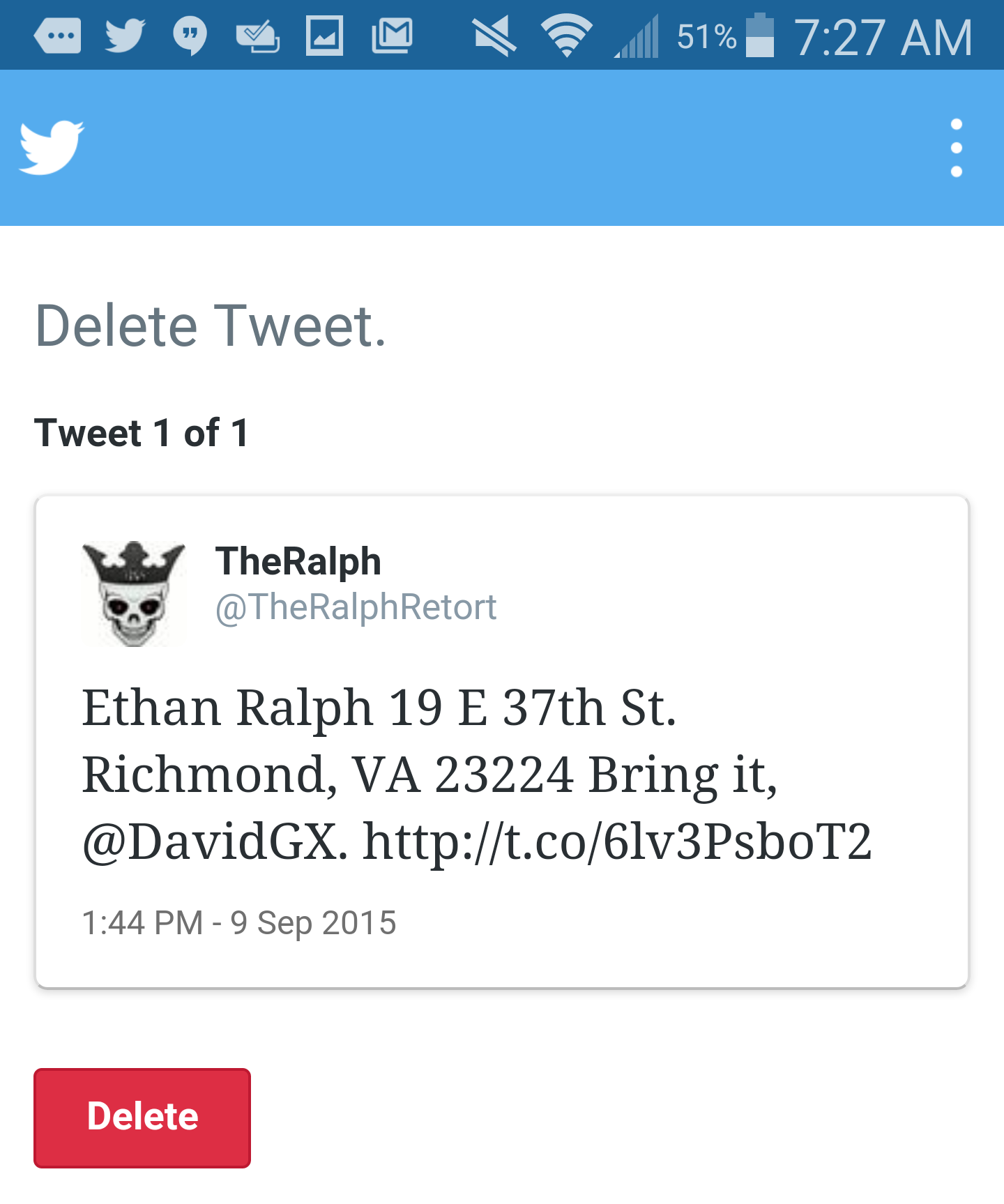 The whole thing is a fucking joke, which is what I expressed this morning on, funnily enough, Twitter:

Fucking Twitter is a goddamn disgrace for that one.

.@ProfessorF Twitter temp suspended me for doxing myself and telling the guy who was talking abt punching me in the throat to bring it.

I don’t really know what else to say about all this. I do have to be a little more careful now, because of the SJWs in charge of Twitter Support. I’m not even going to post this column on there, lest they suspend my account. But, I encourage all of you to post it if you feel like it. I’m going to go back to writing about news and drama, and get off this topic. But I want to send a warm thank you to all who helped spread the word last night. This list is so long that I couldn’t hope to included everyone, but this tweet put it pretty well, I think:

Thank you to all the readers here as well as the Facebook crowd mentioned above. The support means a lot.