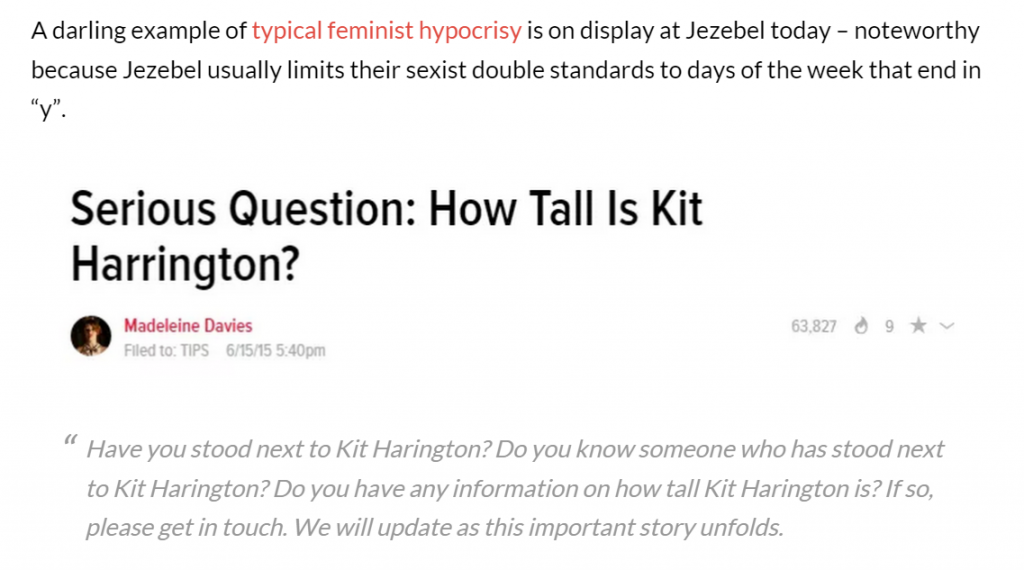 Wow, that’s very worthy of time. I’ve posted trivial things before myself, but that’s pretty bad. Here’s two more recent headlines (trust me, I could have shown about twenty of these from Jezebel):

What about another prominent feminist site? 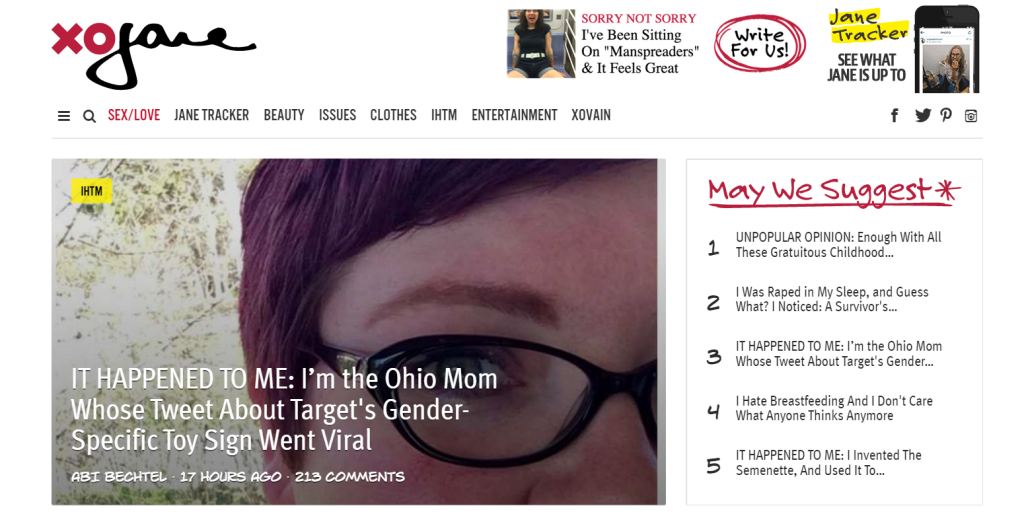 I see. Looks like some very insightful fare there. I could go on, but I think you’re beginning to get the picture. In case you weren’t… 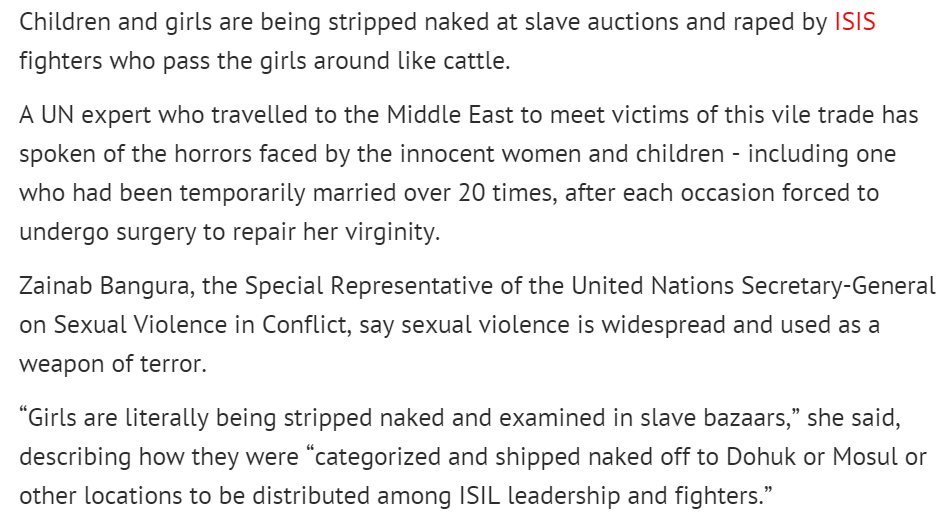 We don’t see this talked about much, if at all, in the rad fem press. They would rather bleat on about problems that are either made-up or trivial. Real intellectual discussion doesn’t really happen at these places. Actual advocacy for women doesn’t really happen, either. They have their hot-button issues that they push for clicks. Any rape case that comes down the way is ripe for some sensationalism. The real work is being left on the table, and it’s shameful.

I’m not big on foreign military intervention. I don’t know how we cab stop ISIS, absent a bigger international war effort. But I do know that saying your a women’s advocate, while ignoring the rape and enslavement of young girls, is illogical. I guess they don’t want to offend anyone by calling out these Islamist thugs. That likely has a big part to do with all this as well. If these were a bunch of white guys committing atrocities, I’m pretty sure they would be all over it.

I would say they ought to be ashamed, but I know that’s not possible.