VICE Promotes Ethnostate, Whites Have “Done Enough Damage” & Should Hangout With Other Whites

Happy Saturday afternoon to all the readers out there. I got the site back on track speed-wise thanks to the help of a friend. Basically, the Dreamhost server I was on sucked balls and I needed more memory. Thanks to said friend, I now have it. So, things should be ramping up nicely around here. Speaking of ramping up, why don’t we kick up the white people hatred to 11 with a VICE article? There’s even a batshit crazy video for you to enjoy.

First, to get you acclimated to what you’re about to see, here’s an exceprt from the post in question. It’s VICE, so you already know you’re in for a bleach cocktail…

At a time when white supremacist groups march out in the open, and the president disparages African countries as “shitholes,” it’s not surprising many black Americans are feeling isolated and unsafe in communities and workplaces.

Some are turning those frustrations into acts of self-preservation, spending significant money to get outside of the country — away from the people who make them feel that way. Five black-owned travel organizations told VICE News that they’ve experienced upticks in interest from clients eager to get out of the United States since the election of Donald Trump.

We followed a group of women to the Women of Color Healing Retreat in Puerto Viejo, Costa Rica, a travel experience that emphasized yoga, vegan food, and political education seminars — and specifically banned white people.

It’s just blatant racism and hatred towards white folks. Which is fine, if you’re saying racism is OK. But it can’t be cool for you to hate while it’s verboten for others to hate. Personally, I don’t hate anyone until they give me a specific reason to, and even then, I could rarely say I actually hate them. But then again, perhaps my power level just isn’t as high as some of these enlightened sistas.

Just take a look at the sublime intellect on display in this video, provided to you by one of the best Twitter follows around, my friend, the Battle Beagle.

WHAT IT’S LIKE TO TAKE A VACATION AWAY FROM WHITE PEOPLE pic.twitter.com/yvwCx48yjQ

Yea, that’s worked out very well in the past.

Oh, and before I turn it over to the comment section, here’s a nice take on what the reverse article would have looked like. I’m sure that would have went over well with all the Looney Tunes progressives on social media and elsewhere. 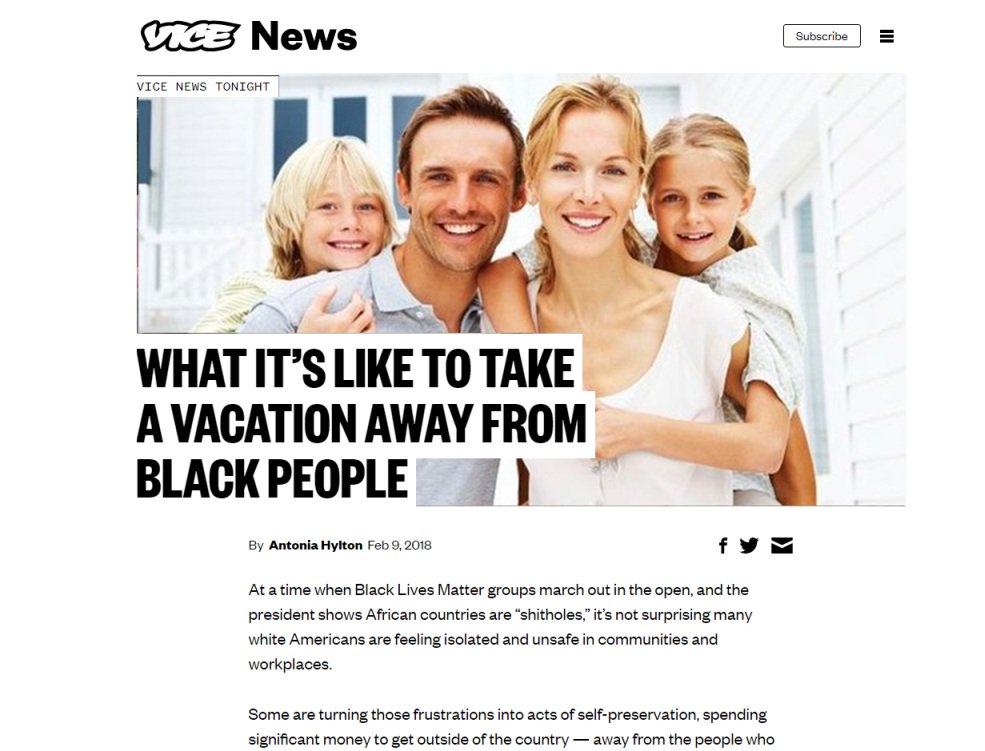