I There’s about 5 things I want to cover, and I will get to them all today, cause I feel like putting in some work. First off, let’s talk about the bullshit coming from Rami Ismail’s (Vlambeer) mouth and Twitter account lately. Some screens came out from a recent conference he’d done, and they didn’t paint him in a very flattering light. So, today he came out on Twitter and basically doubled down on what he said at the conference. All I could think about the whole time was how this anti-consumer, “devs don’t need to be gamers” viewpoint went against everything Satoru Iwata had preached over the years. I wasn’t alone. Many others made the comparison as well, and it’s illustrated well by this juxtaposition: 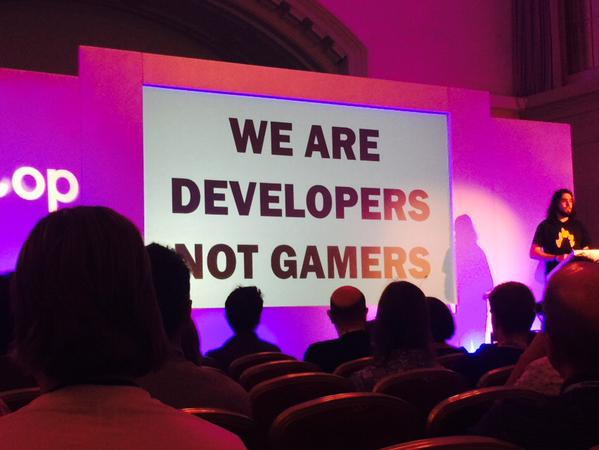 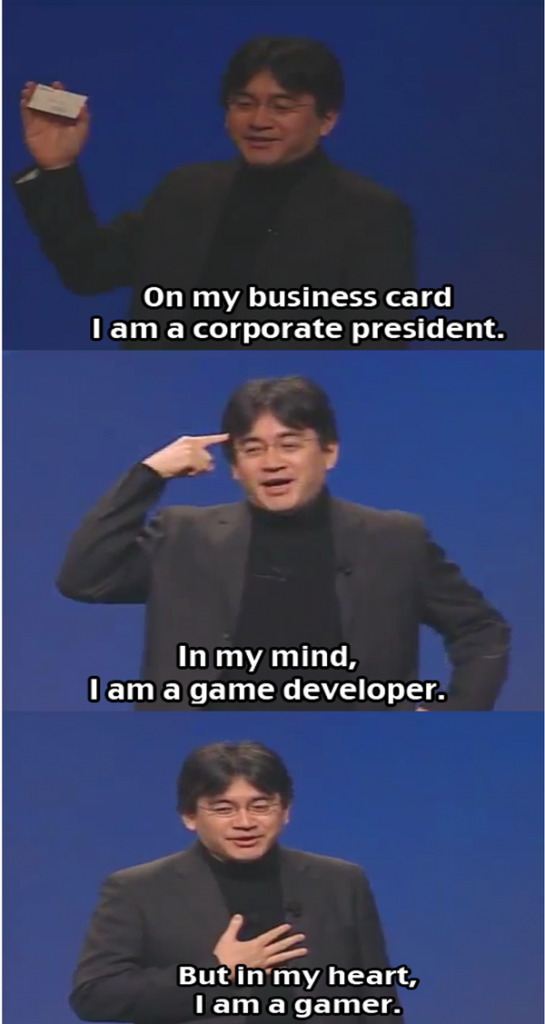 Here’s some more of Rami’s conference work and reaction:

This Rami shit makes me sick. He's basically spitting on Iwata's legacy and trying to get his warped view of gaming over. 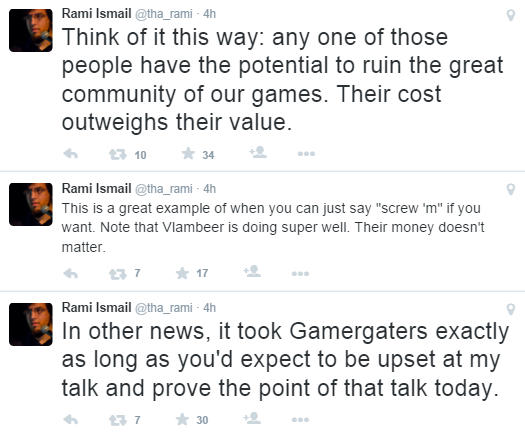 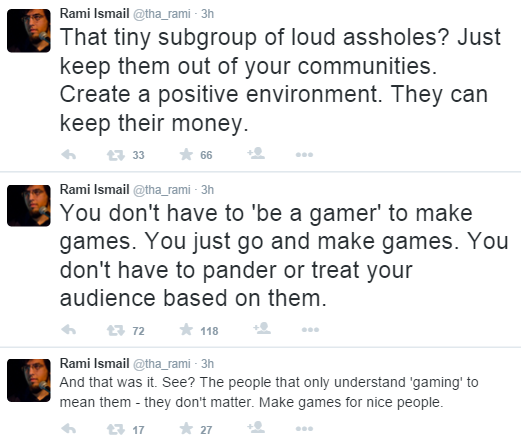 You don’t have to pander or treat your audience? I can see why so many of your friends are rapidly joining the ranks of the unemployed, Rami. It’s talks like your that are sending them there. I guess you have a small amount on talent, so you’re able to stay afloat. Like I read on Twitter, “Rami’s the best dev out of the anti-gamers, make of that what you will.” So, he’s able to make a decent living. Big fucking deal. Your compatriots are failing left and right. They will continue to do so just as long as they spit in the face of the paying consumer.

I will say one thing for Rami, though. At least he doesn’t use the blockbot, and he usually engages in debate. That’s a lot more than can be said for 99% of our detractors, so I would be an asshole if I didn’t point it out. That doesn’t mean he’s not dead fucking wrong, but still, tip of the cap for that bit. He’s right in one way: if he can stay in business, he can say and do whatever he wants. But he will always be some niche hipster pseudo-intellectual phony…not that there’s anything wrong with that if you’re Rami Ismail. He seems to be doing OK. But all those friends I mentioned are going belly-up, and his drunken friend Leigh Alexander has been exiled to obscurity. We’ll see how long you last, buddy.

"We can love games but we are not gamers, we are developers, it's ok to admit this" Rami Ismail, Conference tourist.

I just watched the whole thing and I really dont have clue what was the message. It felt like it was randomly generated by Cortana.