Let’s do some weekend housekeeping. I would have just let this stuff slide, but I figured that since I have most of the other Brianna Wu antics chronicled here, that these were big enough to warrant coverage as well. Also, they’re kinda funny, especially the GamerGhazi one. I smile even thinking about that shit. She was modded there awhile back, but yesterday she decided to talk shit to the other mods for participating in the blackout protest as part of the Reddit Revolt.  After Wu Patrol, we also have Peter Coffin saying some interesting shit for once. I know, I’m just as amazed as you are.

Let’s start with Wu getting bounced. You’ll notice that she has a nasty habit of getting turned on by her own allies. I draw flack as well, but it’s usually for sticking to my guns. She gets heat because of her wild variations. I’ve been pissed off at KotakuInAction before, but I didn’t go on there and denounce the board and the people that run it. Keep in mind, Brianna herself was a mod, so it was even more of a backstabber move. She has to keep the histrionics up one way or the other, I suppose: 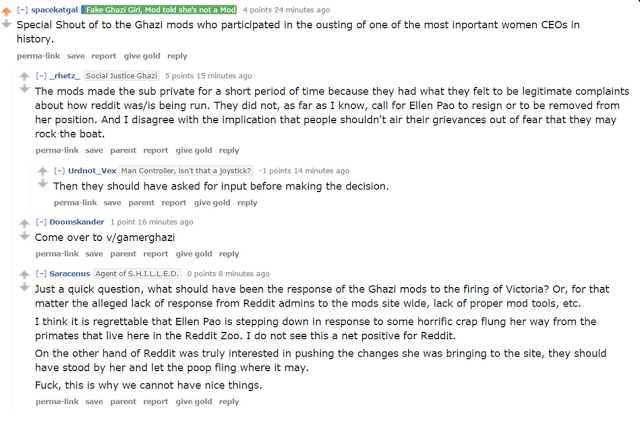 LOL, they changed her tag from blue to green, and added “Fake Ghazi Girl” to it. I have to say, the mods there are fascist as fuck, btu they do seem to have a sense of humor. Still, fuck ’em. I almost have sympathy for Wu here. But not quite. She also had another ace troll move up her sleeve, just in case you thought she was done. Here she is with the next play: 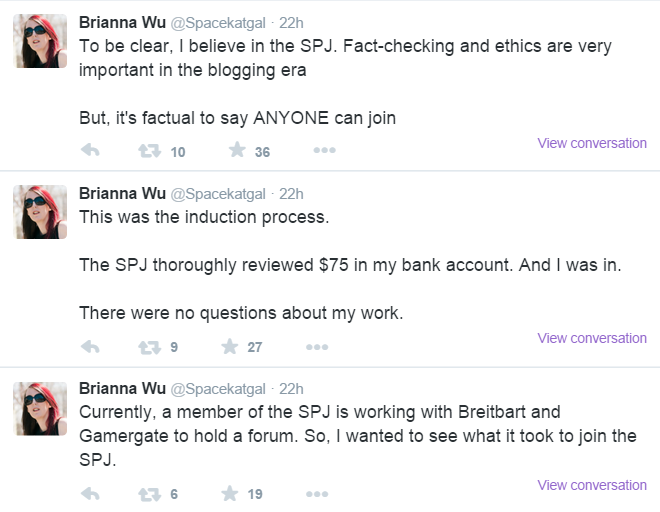 Since when have you believed that? #GamerGate pic.twitter.com/70zQ3PAvnz

HAHHHAHAHAA And attempt no. 6437 of Wu trying to stay relevant. #GamerGate https://t.co/b0uGR1MjZI

Additional Wu demod info for those who are interested https://t.co/QR7VCPBlcb#GamerGate pic.twitter.com/I1QqmwCswL

Wu continues to try to insert herself into the conversation, just like she’s always done. Hell, I’m laughing, though. If she wants to waste money, go right ahead. If she had any balls, she would show up to the Airplay event itself, but we all know that won’t happen. I would love to be proven wrong, though.

Next on the agenda, we have the complete failure of a Kickstarter to talk about. These SJW hipsters tried to raise $50,000 dollars for a hit piece film on GamerGate. They came up way, way short:

I won’t shed too many tears over this development, and I doubt any of you will either. Good luck to Mr. Haines in his future endeavors. Maybe he needs to come up with a better victimhood pitch for his next project? I think Anita & McIntosh can help, for a small fee, of course.

It’s been awhile since we’ve talked about King Cow Coffin, but he’s back in the news for a good reason. It seems like he’s finally getting fed up with social justice warriors himself. Here’s some of his recent commentary: 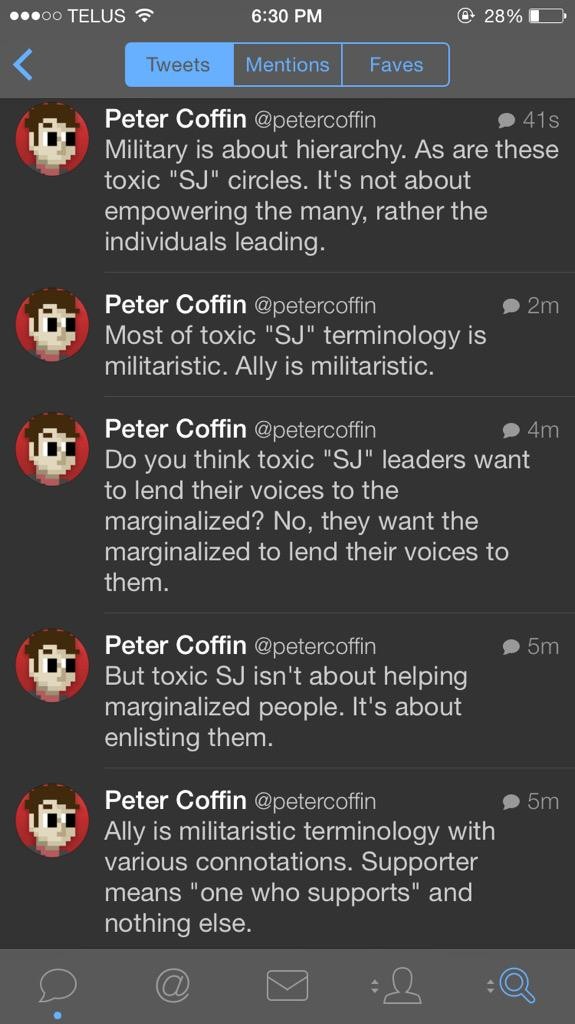 I won’t say it’s a complete surprise, since I had been handed messages where he trashed people like Brianna Wu. But it’s still surprising to see him come out and criticize his cash cow. I guess maybe he doesn’t care now that he extracted his $15,000+. Look for him to act like this shit never even happened before long and move right along to the next con. That’s how grifters like Coffin work.

Oh, and here some other late-breaking news. It looks like Tech Raptor may be under attack, possibly from the Lizard Squad:

We are currently under attack, can’t confirm who, but we are prepared and will do our best to stay up and keep bringing you content!

It looks like they have it under control for the time being. I’m about to go get control of dinner myself, but I’ll be back with a few more posts this evening. Check back for those if you’re bored lol.