How many times have I told you here on this site that it does no good to try to appease these radical feminists? They will throw you to the wolves at the first sign of disagreement. We’ve seen this time and time again. Joss Whedon may have thought he was immune to this, due to all the ass-kissing he’s done over the years. Today, he found out the hard way that he isn’t. The worm has turned. Whedon has been hilariously chased off Twitter by his own “allies.”

Still, don’t forget what he had to say about us just a few short months ago. It keeps me from feeling very sorry for him: 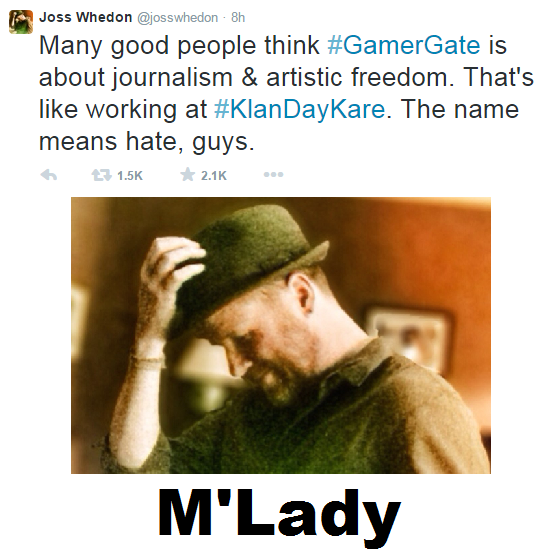 Also, just in case you think I’m being over-the-top, take a look at McIntosh’s blabbering from early this morning: 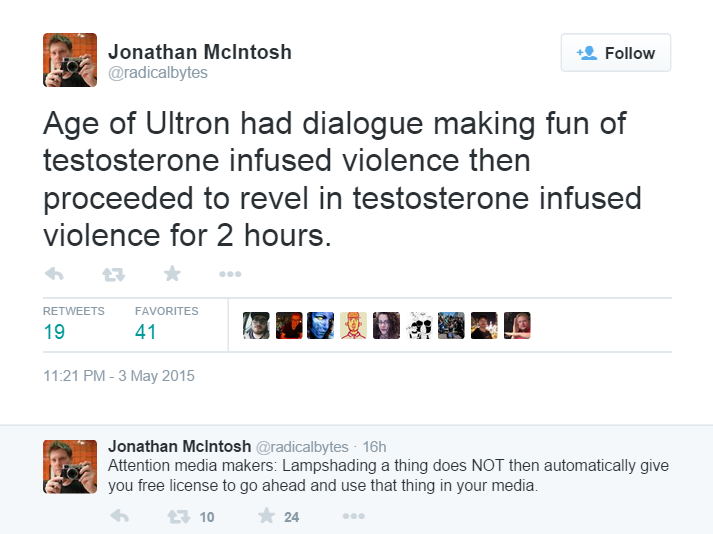 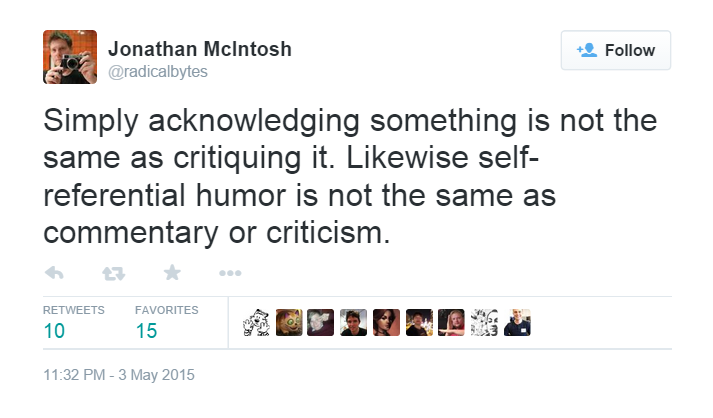 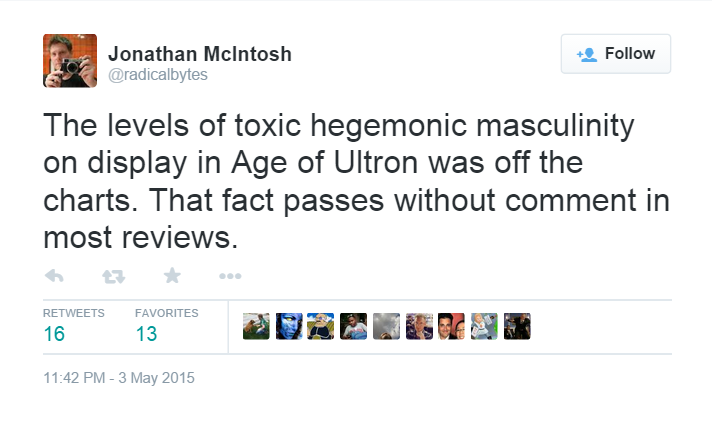 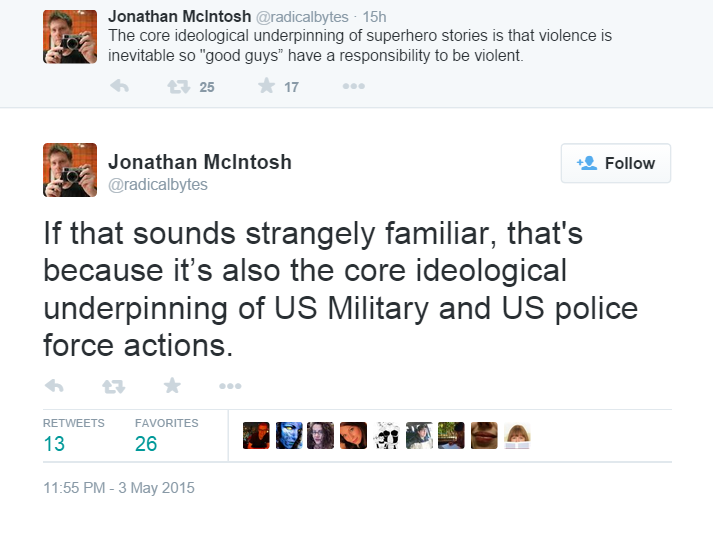 He said some more dumb shit, but you get the picture. The guy is going off on one of his most well-known supporters. Look at Whedon a few months ago:

Still laughing Joss? What's that expression about living by the sword? #GamerGate pic.twitter.com/gSOMm2BeC0

So even if you publicly back these cretins, you still get no love? Talk about disloyal. I wish I could say Whedon has learned a valuable lesson here, but who knows if he really did or not. He looks like the type that may take several trips to the woodshed in order to absorb the knowledge he needs. Then again, he may never get it. But either way, it was great to see him find out the hard way what happens when you through your hat in with this crowd.

That’s not all! These same clowns have been trying to blame us for his exist all day, despite a complete lack of evidence:

CLEARLY #GamerGate is to blame for Whedon leaving Twitter… pic.twitter.com/QcCUzM7z4V

But you know what there is proof of? Whedon getting hounded by an entire mob of enraged SJWs: 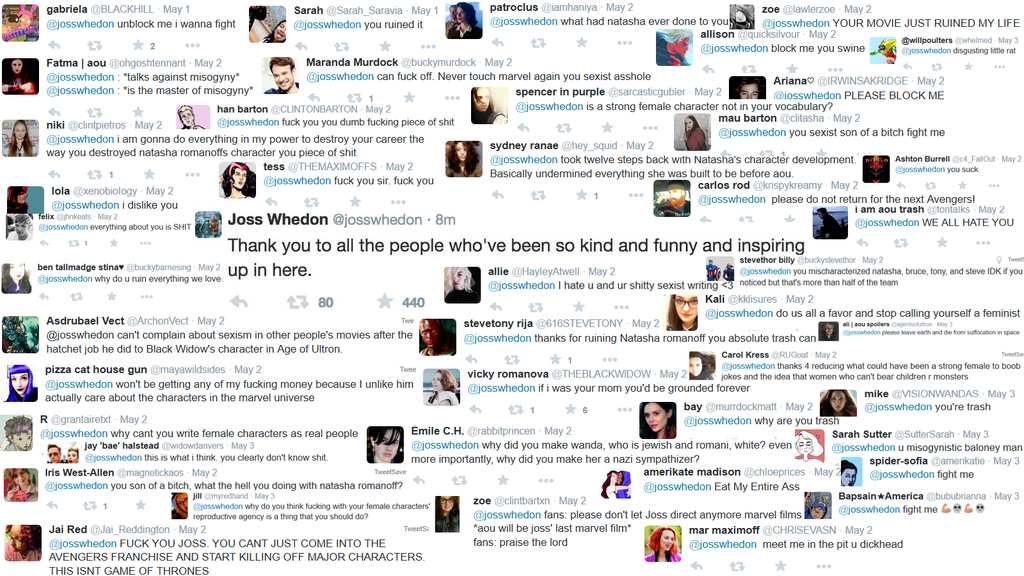 Oh, here’s another link,in case some abuse got left out above. This whole episode is just another chapter in the quite long “don’t trust ideologically dishonest and craven radical feminists” handbook. Hopefully others will learn from this lesson. You can’t appease people like this. The only thing it will get you, is a swift kick in the ass.