I guess I’m going to have to get to #FullMcIntosh and the old Wu research later tonight (after a NJPW session). First, I wanted to bring you a bulletin on an interesting event that occurred earlier today. I doubt you’ll read about it on Kotaku or Polygon, since it pertains to how badly they suck. Not only that, they can’t laugh it away as easily, since it comes from a noted developer who has worked extensively on World of Warcraft, one of the most successful franchises in gaming history.

First, let me show you the original tweets from Mark Kern, the dev I alluded to in the opening. They’re from earlier today, but like many others, I didn’t see them until later. I guess they just got lost in the frenzy:

This is exactly what we’ve been saying for months, so it feels good when I see a decorated developer echoing the same thing. I know it’s not easy to speak these uncomfortable truths in the face of such a corrupt media apparatus. So thank you Mr. Kern. And not only for the tweets! We also appreciate you coming on KotakuInAction and interacting with our community a little bit: 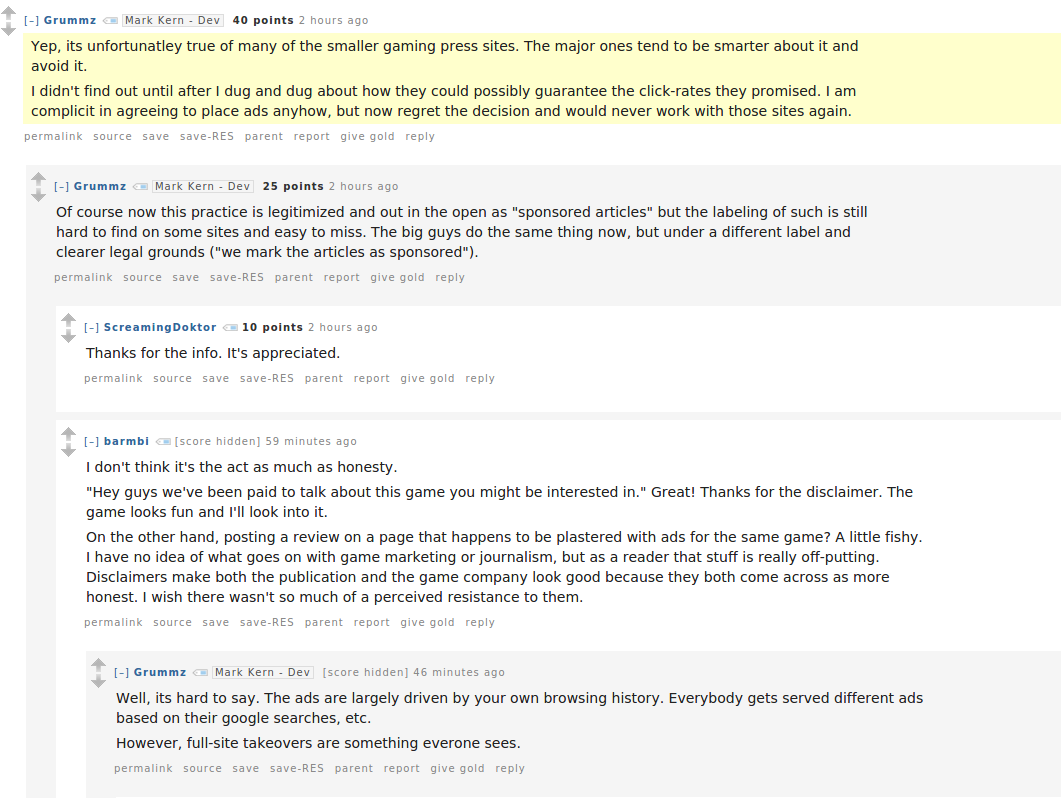 Hopefully more based developer’s will follow the Kern-Vavra model in the months to come. The gaming media has sold a raft of lies about our hobby to the mainstream, but now they want to act shocked and appalled? Give me a fucking break. It’s time they answered for their gross misrepresentations.