Wu Gets Bashed by Fellow SJWs (AGAIN). It’s Almost Like No One Likes Brianna.

Things have been getting very delicious the last few days, haven’t they? First, we had Zoe “Five Guys” Quinn getting assblasted and now we have Butchy Brianna Wu getting turned on by her supposed allies once again. I understand taking fire from your own team, believe me. But this is why you should just do what you want and let the chips fall where they may. I don’t give one single shit over who turns on me because of what I say or do. My true allies and supporters will always be there, no matter what. That’s why loyalty is so important. It’s literally my most valued trait when I look for people to support and befriend. Of course, there is no loyalty among SJW thieves, as most of you already know.

We’re gonna take a look at a small sampling of the beating Wu has been receiving over the last 24 hours, but first, let’s see why it’s happening… 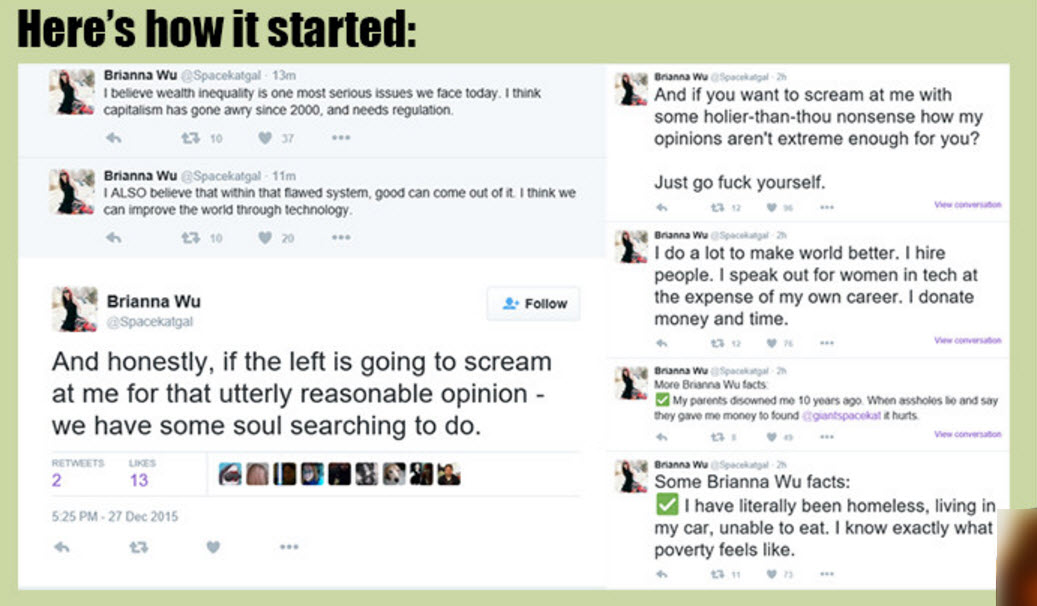 I don’t really see too much wrong with what Wu said there, not that I agree with it. I guess since Broanna didn’t totally renounce capitalism, there’s some kind of problem? That tells you all you need to know about these ideologues. It’s not just about their pet radical feminist issues. They’re full-blown fucking Marxists. Anyway, let’s explore the beating now. It’s still happening, by the way. 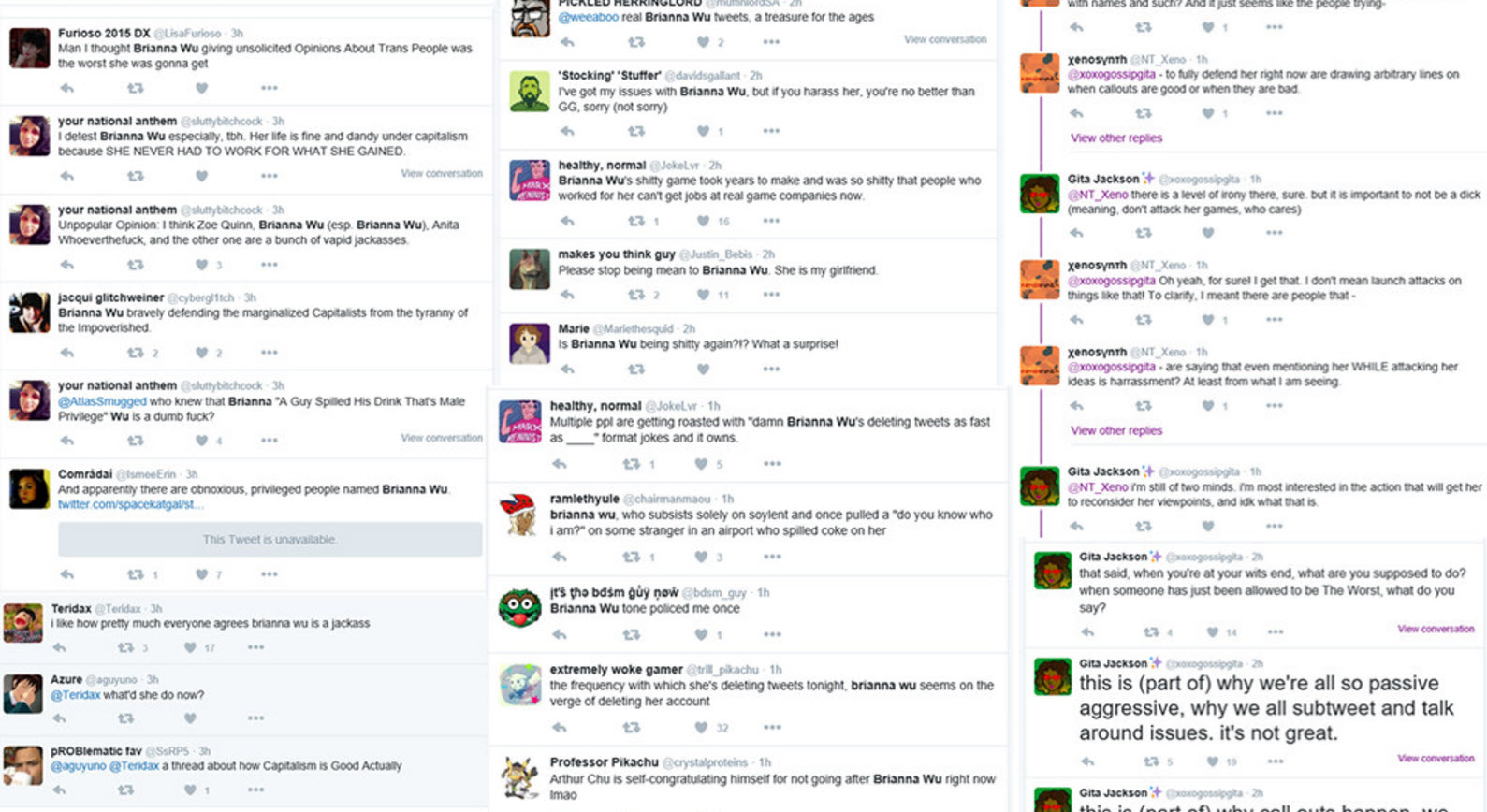 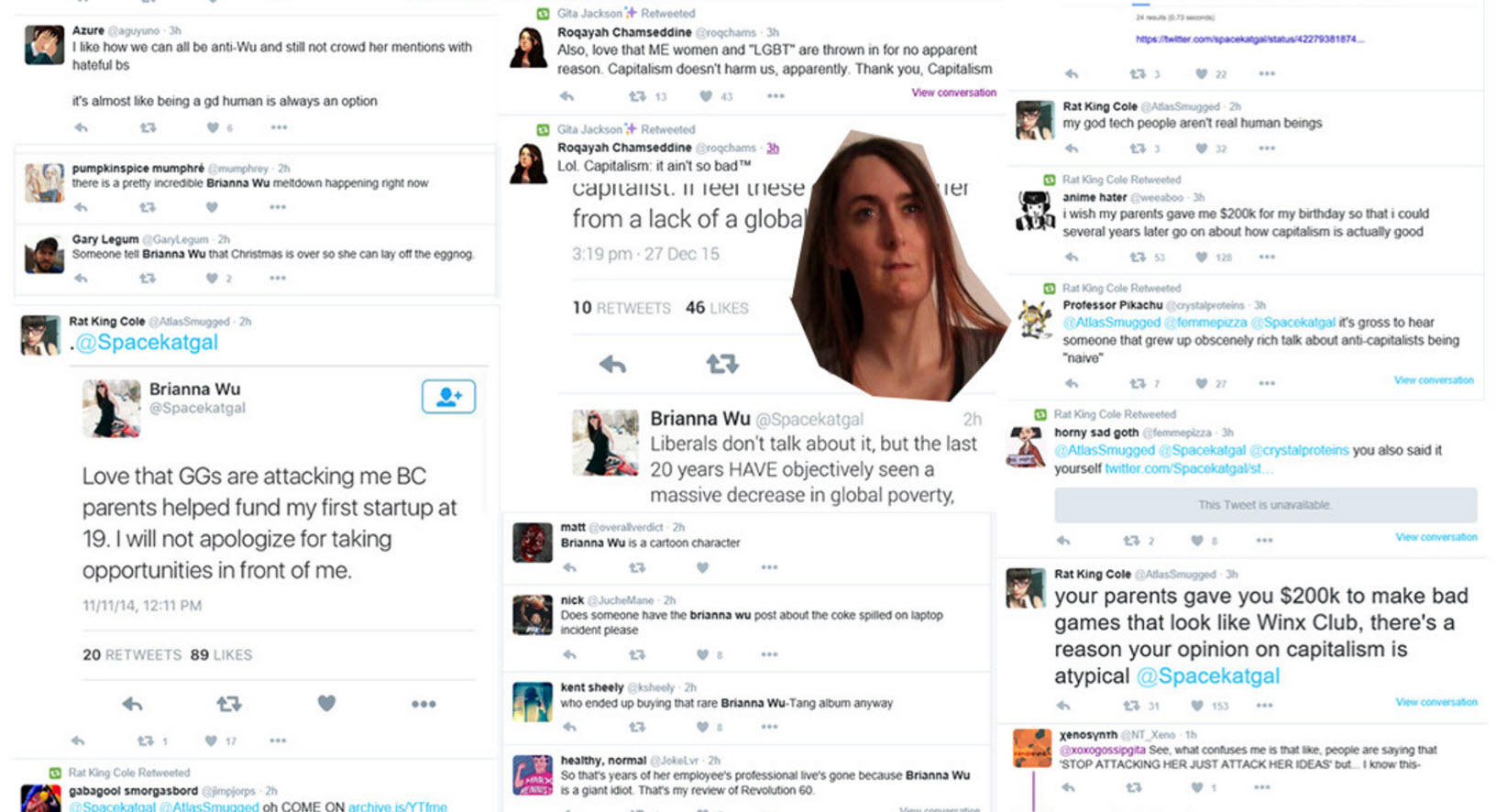 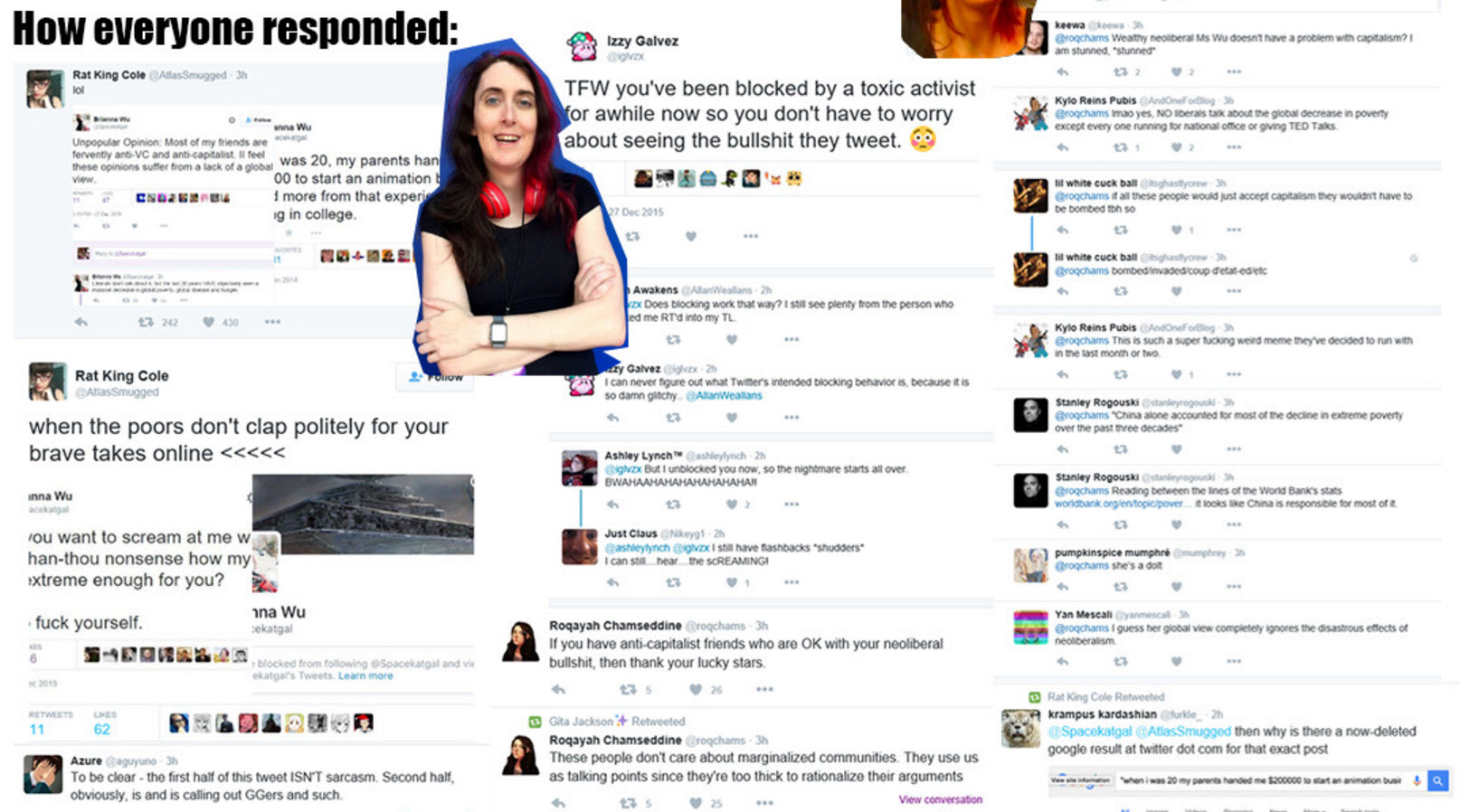 I highlighted one of these, because it was such an epic burn…

Fuuuuck, that one had some heat on it. #GamerGate pic.twitter.com/YEjf6wpocW

Yes, he has an excellent point. #GamerGate pic.twitter.com/rSaAVFiGKO

Brianna is of course hilariously trying to spin all this. The cringe can’t stop, won’t stop…

Ah, I see. It's abandon ship time. Well, you don't make games worth a shit, so this might be a bad idea. #GamerGate pic.twitter.com/xVfMw44lBs

Before I go, here’s some more SJW-on-SJW violence. Man, today can’t get any better.

I have accomplished something today. pic.twitter.com/eRVrUpoHeC

Oh, wait. I guess it could get better… 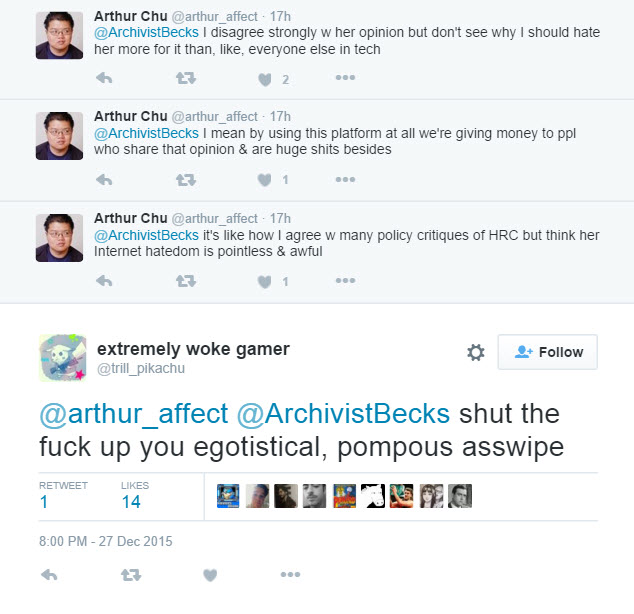 I’ll be back shortly with much more. The #BritishRalph trip is also imminent!