Yesterday, C.H. Sommers and Milo Yiannopoulos appeared at the University of Minnesota for a talk about how feminism has completely gone off the rails over the last 20 years or so. The event itself was billed as “restoring common sense to feminism.” I would have to say that we have a very long way to travel on that particular road. The nuts who interrupted the proceedings last night proved that more than I ever could, though.

You have to give this guy one thing, though, as I said in my tweet…

This is 1 of the people who protested @Nero & @CHSommers.

Credit where credit is due, at least he dressed the part pic.twitter.com/YSjjchRixm

Luckily, these clowns put most of it up on the Unicorn Riot Livestream channel. If you want a laugh, I suggest you head on over there and watch some clips. I’ll paste one down below for your viewing pleasure. The guy tries to say Milo’s support of GamerGate is one of the reasons he shouldn’t have been allowed to speak there yesterday:

Or you can check out this clip from Alpha News, which is from inside the appearance itself:

Stephanie Taylor admits that she’d never even heard of the guy a week ago. But on Wednesday night, she led a boisterous protest at the University of Minnesota against a conservative pundit named Milo Yiannopoulos for spreading what she called “hate speech.”

So, she has no real knowledge about who Milo is or what he’s all about, but she followed the orders of her SJW overlords to come out and protest. As someone on the Livestream comment section said, there hasn’t been any hate speech during Mr. Yiannopoulos’ tour. Non-politically correct opinions aren’t hate speech, darling. He hasn’t used any racist slurs, either…and neither has Ms. Sommers. If these people are so wrong, why don’t you try to refute them with facts and rhetoric?

Of course, who am I kidding? We all know these thugs don’t want a fair debate. Shutting down speech they disagree with is fundamental to their ideology. We’ve seen it time and time again and we will continue to witness it. In fact, I would argue that it’s going to get worse before it gets better. Milo is doing us all a very valuable service with his recent campus tour. The more times we can highlight these goons acting like anti-speech loons, the better.

The next stops for Milo include:

February 19th in Acapulco, Mexico for the Anarchapulco Conference
February 23rd in Ann Arbor, MI at The University of Michigan
February 25th in Lewisburg, PA at Bucknell University

(cover photo was done by @skincube)

UPDATE: Here’s a video of their appearance from The Minnesota Republic YouTube page…

Oh, and here’s the alternate cover I used for Twitter. I felt like it should be included. 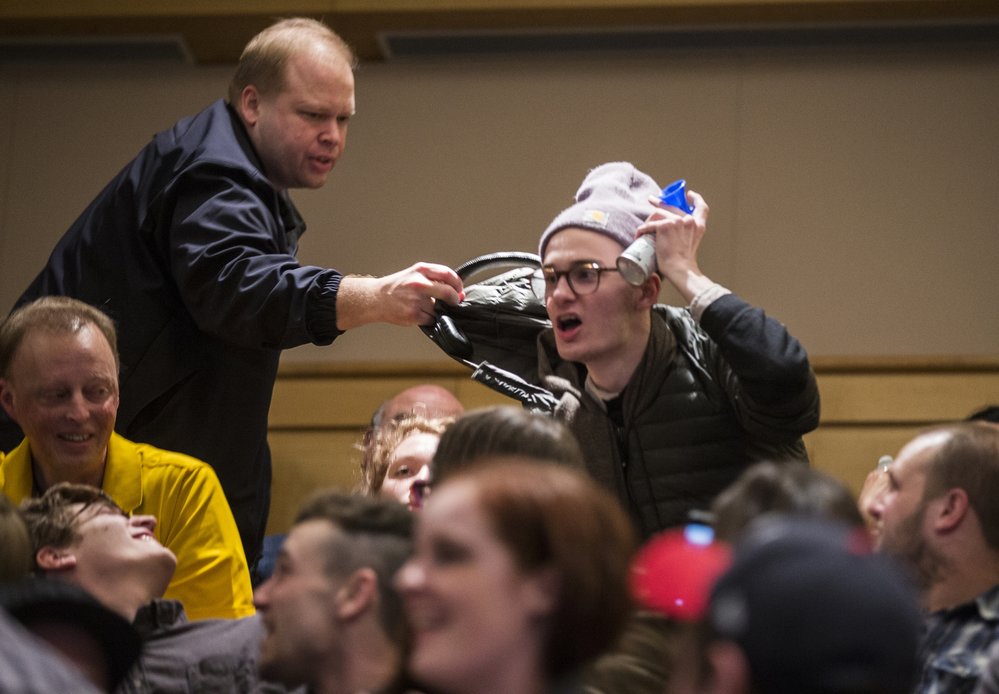