“If You’re Not Attracted to Trans Women, You’re Transphobic”

This is one of the most bizarre comment threads that I’ve read in a long time. While it’s disturbing that so many idiots think this way, I don’t think you could describe this as anything other than hilarious. 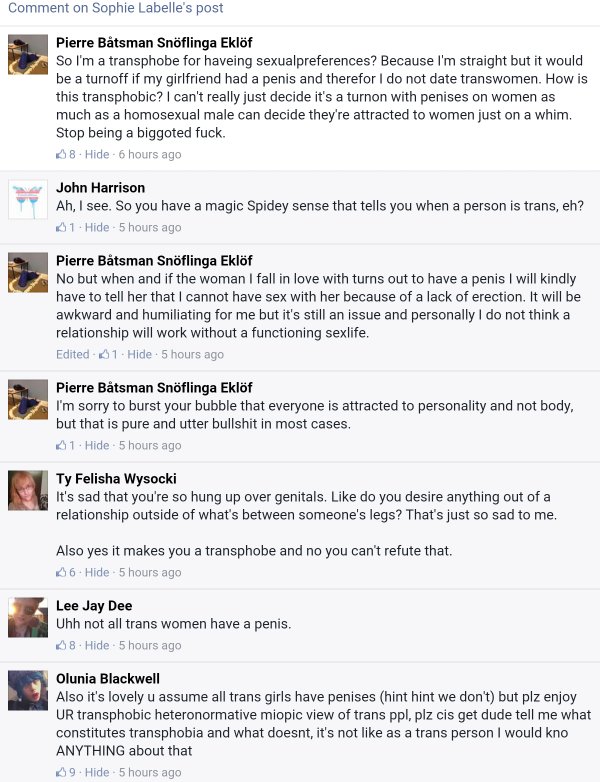 You literally cannot win with these people. This guy was being nice about his lack of attraction to trans people, but he still got raked over the coals. He even made an exception for those that have transitioned, but it made no difference. Zealots can’t be satisfied no matter what you say.