I don’t like MundaneMatt. In fact, I think he’s a fake, play-to-the-middle-no-matter-what-I-really-believe, chump. He had a fun time when I got arrested last month. That’s all well and good, since I’m quite sure I would have had a good run if his FREE HUGS looking-ass had gotten popped. I think he better make sure his hard drives are well encrypted, though, if you know what I mean. He looks like the type who might have something to hide there in the ole closet. But, I’m not here to talk about Matt’s deviancy, as much fun as that might be. Instead, I want to talk about his verifiable transgression against…*drumroll please*…ethical standards.

Oh, wait, before I get into all that…speaking of verified. Enjoy some of these screens WildGoose dug up: 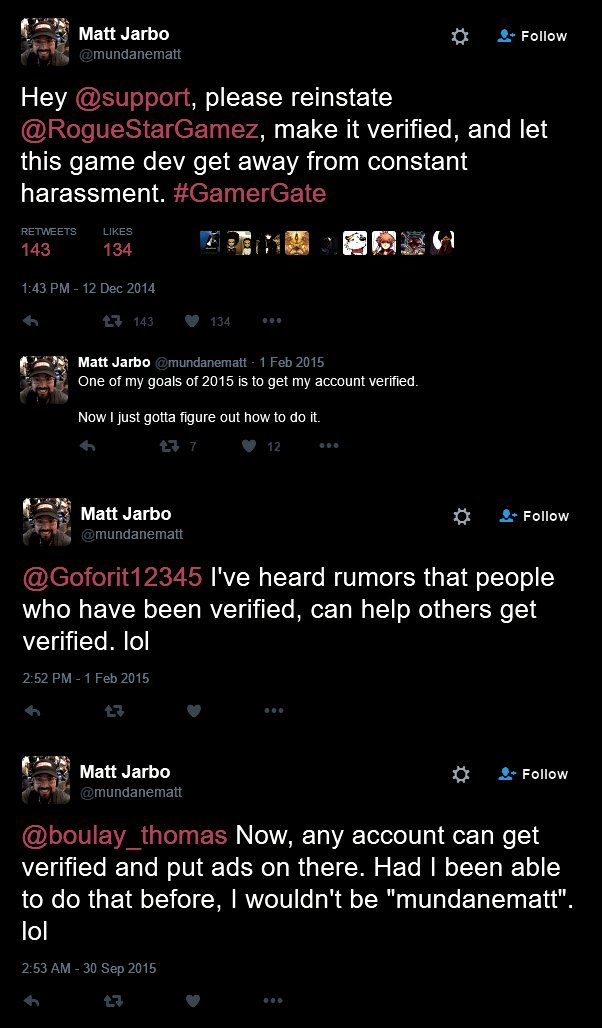 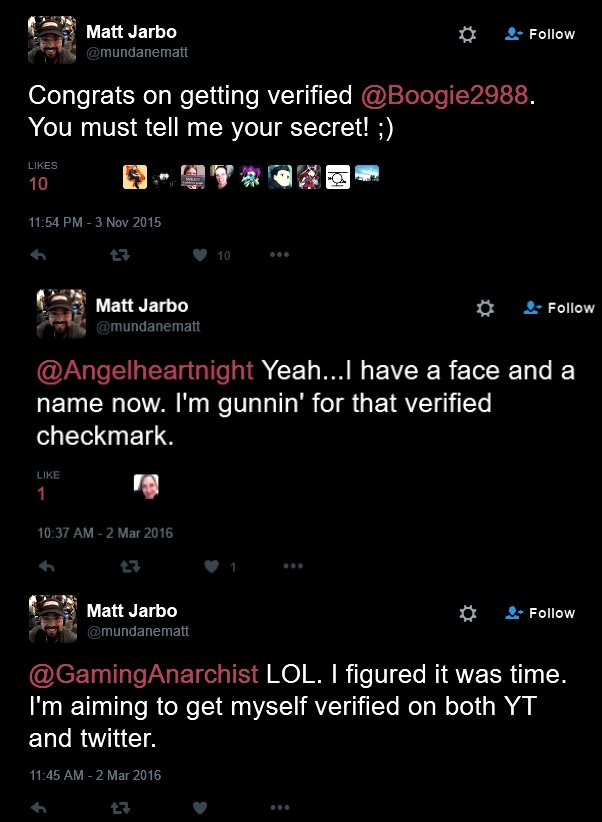 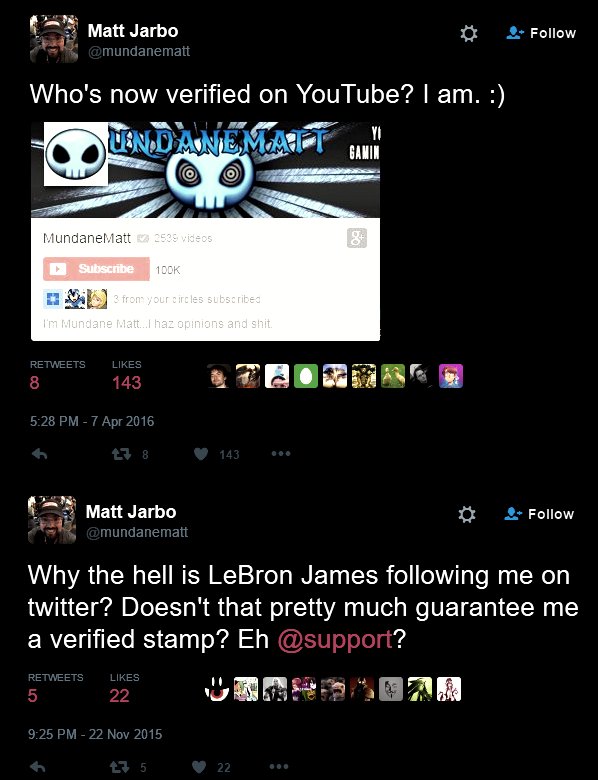 all I said was I was denied verification. Haven't mentioned it since.

Yea, we can tell you totally do not care about verification.

Before I get into the meat of this post, let me give this lame bastard some small about of credit. He did agree with me that the whole “muh harassment” narrative surrounding Palmer Luckey’s girlfriend was bullshit. That’s about the only time I’ve seen him be worth a shit in the last 18 months, though. Thus, I won’t go too crazy with praise, especially after he got caught with his pants down on this whole Candid app debacle.

In case you haven’t seen the video about all this from Harmful Opinions, do yourself a favor and watch it now:

To be fair, Mr. Jarbo was not the only person to shill this seemingly insidious product. Shoe0nhead and others backed this trash in exchange for cash. Of course, they all say they were using this app WAY BEFORE Candid approached them with a fatass check and paid them to hawk their product. Of course, we all believe you! I mean, after all, who would get on the internet and just tell lies?

This thing goes deep, by the way. Not only is the Candid app itself shady as fuck and possibly developing an A.I. that can be sold to other tech companies so they can censor us better. But it spun out of a company called MyLikes. They’re basically an outfit that works to place sponsored content on sites such as YouTube and blogs like the one you’re reading now (oftentimes making it hard to tell the content is sponsored). The reason I remembered the name is because MundaneMatt reached out to me after my Adsense was temporarily taken away with a suggestion. I should look into MyLikes, he said. I found this advice curious, since he had been one of the main ones trashing me in public in the wake of the Lily Feng gravestanding controversy. Maybe he was in line to get some sort of check out of the deal. I actually did look into it, but I decided it wasn’t worth my time, so I left. It looked cheap, like blantant shillery. I guess that’s why Matt enjoyed it so much. Blatant and cheap shillery is his modus operandi.

Oh, so Candid is spun out of MyLikes? MundaneMatt has had a longterm relationship with that company. Figures he would shill Candid. pic.twitter.com/YKv6WRL4MU

The funniest part is, Jarbo’s own fans have been having a feast on his unethical corspe. Take a look at some of the reactions…

.@mundanematt says #GamerGate is about “ethics in video games only” so taking paid promotions is fine so long as it’s not for video games? pic.twitter.com/GeMq6yO4SD

hey matt this is you right now pic.twitter.com/OunD86SRM7

I also made a tweet about the number of dislikes on his pathetic response video, but the dislikes have went even higher since then.

I guess this is what happens when you’re revealed to be a massive fraud in front of the world. Enjoy, Matt! No one deserves this reward more than you do.