I know I said I was done with this topic for the foreseeable future, but I also said that I would be back if there was some breaking news to report. Well, there is, so here I am. Last night, someone uncovered an uncomfortable truth about Zoe Quinn’s role in the Social Autopsy kerfuffle. One of the main talking points from her crew, led by Hamburger Harper, is that Candace Owens (the Social Autopsy lead) was out of line for sharing information about the private correspondence she had with Zoe. Too bad for them, because it looks like new information has blown that talking point completely out of the water.

Here’s the photographic evidence, courtesy of Captain Privilege over on Twitter… 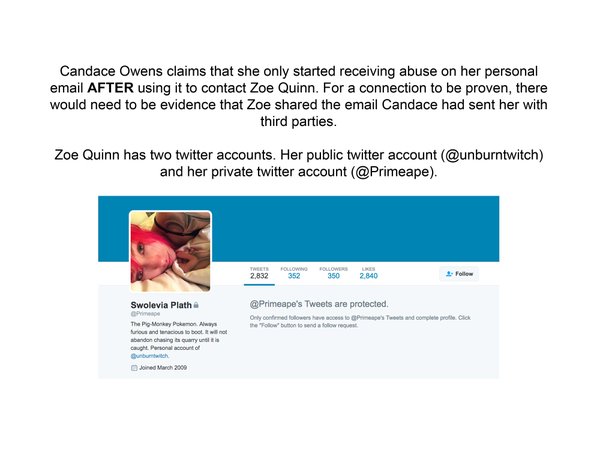 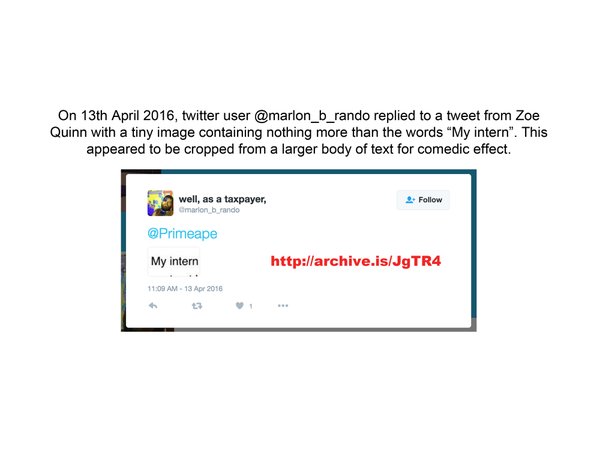 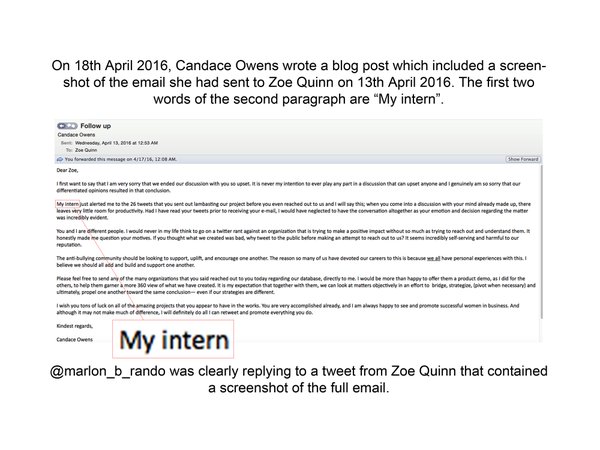 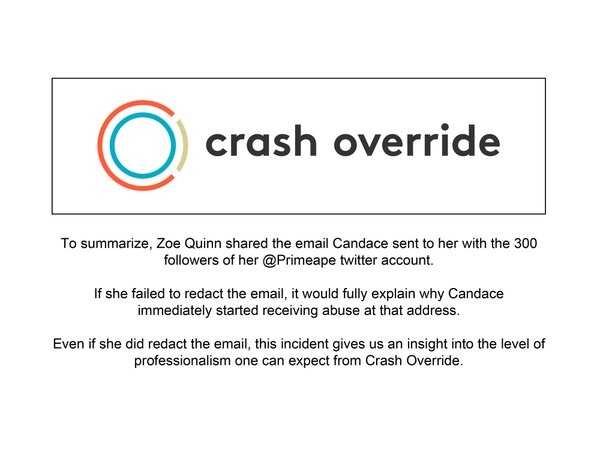 Now, making herself look even more guilty, Zoe has went and deleted the private account where she shared this email.

@Capt_Privilege @socialcoroner The dots at the bottom match too. ZQ screenshot the mail from a narrower window: pic.twitter.com/HG37COAtmt

SJWs Always Lie, as the Vox Day saying goes. This is just another example. How many more things have Zoe and Randi lied about concerning Social Autopsy? Also, this provides a direct link between Zoe and Candace’s email address being revealed. Now we have hard evidence that the personal attacks and racist replies could have come from Quinn and her thugs. You would think these goons would have learned to stop underestimating the autism of their opponents by now, but I guess not.

UPDATE: Candace says she’s looking into legal action. Not sure if that angle has legs or not, but I’m still glad to see it.

UPDATE II: Someone has allegedly found the account, which may mean she just changed the handle. Either way, she’s trying to hide…

UPDATE III: The fraud was in from the start…

The fraud was in from the start. Tried to run game on @socialcoroner. https://t.co/0S1NEGwdAM#GamerGate pic.twitter.com/OjPKZzlvcX