Some days are just better than others, what can I say? After making a career off being a phony game dev and media darling who lies about anyone and everyone in sight, Zoe Quinn is someone who I look forward to see fail. I laugh when I read whatever madcap nonsense is coming from her twitter feed. I can usually count on finding some whiny post about depression (which is a real issue with real people who suffer, but using it as a crutch is sick) or the ex-boyfriend she cucked repeatedly. But today, I saw that the oldest and most venerated video gaming company decided to take a huge shit all over her and everything she stand for. 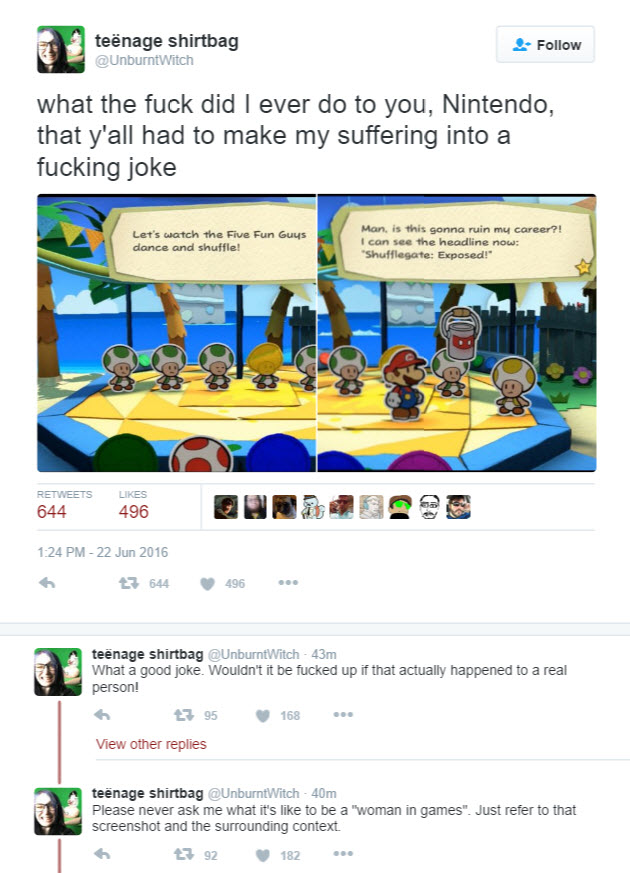 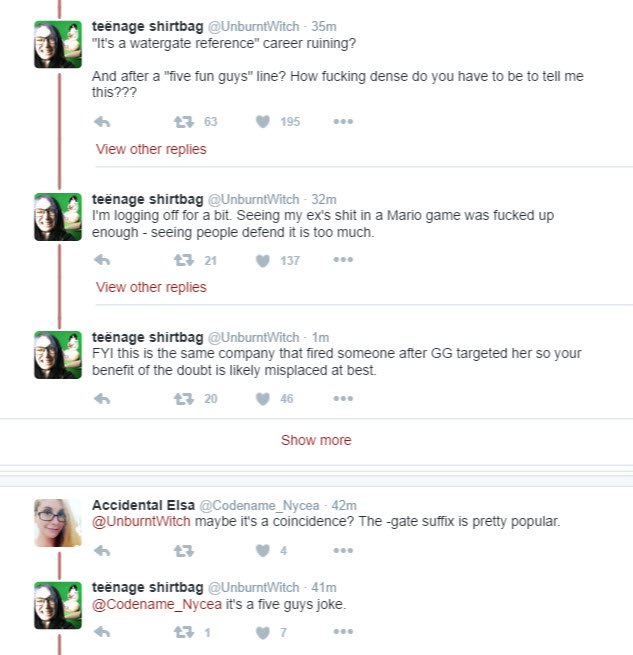 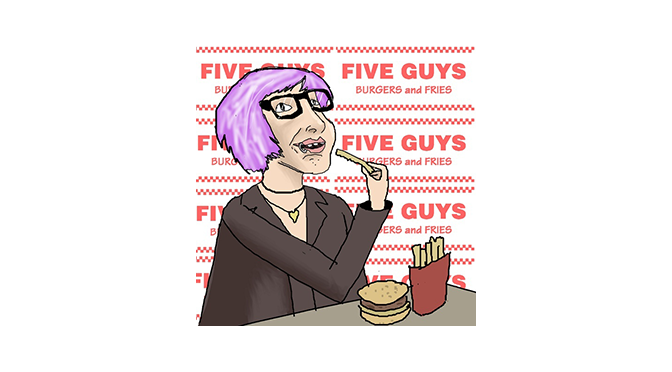 That’s the perfect summation of Zoe Quinn herself. She’s a Five Guys joke. I’m glad that Nintendo decided to recognize this, although like others, I do fear that they will take this out of the final release after all the butthurt this is going to cause. But perhaps if we buy the game, Paper Mario: Color Splash in a show of solidarity, they will reconsider. If you do it on Amazon, you can always cancel before it ships if they end up taking it out. For me, it’s the thought that counts on this one even more than a possible retraction. Zoe is in a complete tailspin and it’s all thanks to Nintendo giving her a small kick.