Hello faithful readers. I’m doing a bit of catching up, as usual. Maybe one day I’ll get my hours on track. Fuck my hours though, that’s not what I came here to discuss. In case you missed it earlier, Big Randi Harper is now calling herself a superhero (yes, literally, and without sarcasm) and her “partner in crime” Zoe Quinn is threatening a dismantling of the free and open Internet that we love and fight for. All I can say is, good luck you mendacious bullies. Because you’re going to need it going up against us.

First, in honor of her being a lying, cheating skank who made a career off zero talent, let’s start with Zoe Quinn (and yes, zero fucks given when discussing this fake): 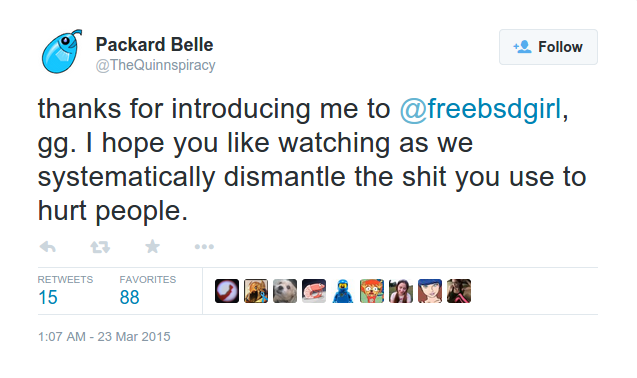 “The shit we use to hurt people?” What would that be, exactly? Of course I reject the bogus charge in the first place (and so does 2006 Arthur Chu…and Randi Harper from yesterday), but the only things I can think of you dismantling would be Twitter, anonymous commenting, and the Internet as it’s currently known. I guess you could also try to attack free speech, and/or go after individual sites like mine. Perhaps gut Tor somehow? This oblique threat is exactly the sort of thing I’ve been talking about here on the site for months. The real goal of this victimhood tour is censorship. That’s what the SJWs want the endgame to be because they know it’s the only way they can win.

Also, who are you trying to convince, Zoe? We know you’ll be out slurping someone else up soon enough, if you haven’t already. 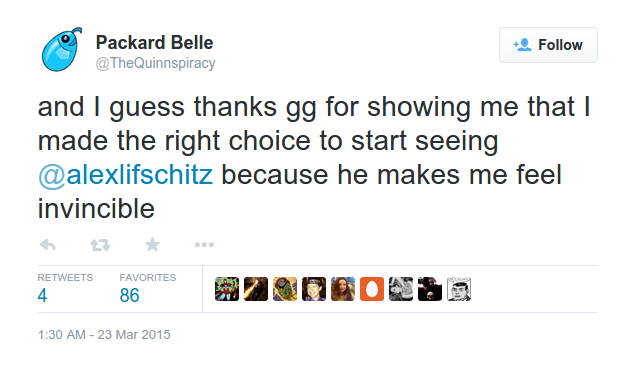 On to Randi Harper, who is possibly even more odious than Quinn, if that’s possible. The only reason Zoe is higher, is because some are still buying her bullshit. Even Randi Harper’s supporters know she’s a piece of fucking garbage. How could they not, after what she did last week? The woman is the lowest of the low. We hit hard on this site, but I would never go after someone the day they were diagnosed with multiple sclerosis (MS). I can’t think of anything nastier than that when it comes to harassment. You couldn’t even take one day off? Keep in mind that these are the people who are supposed to wipe out Internet “abuse.”

No, because she’s got to cash in quick. We’ve shown that she doesn’t actually believe what she’s saying. But she does believe in personal grudges, like the one she has for Mark Kern. She’s talking about making a block bot specifically for him now. That’s how she wants to play it (thanks to@TheIvyClover1 for alerting & archiving): 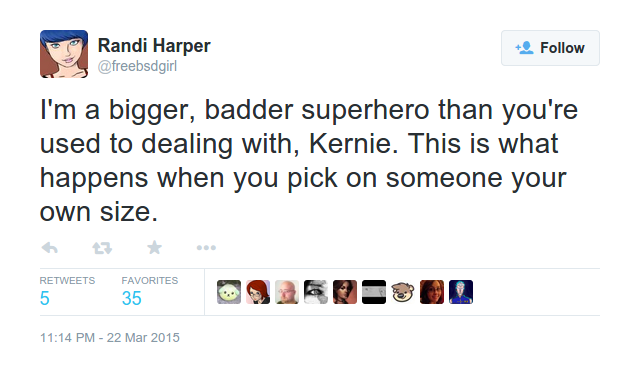 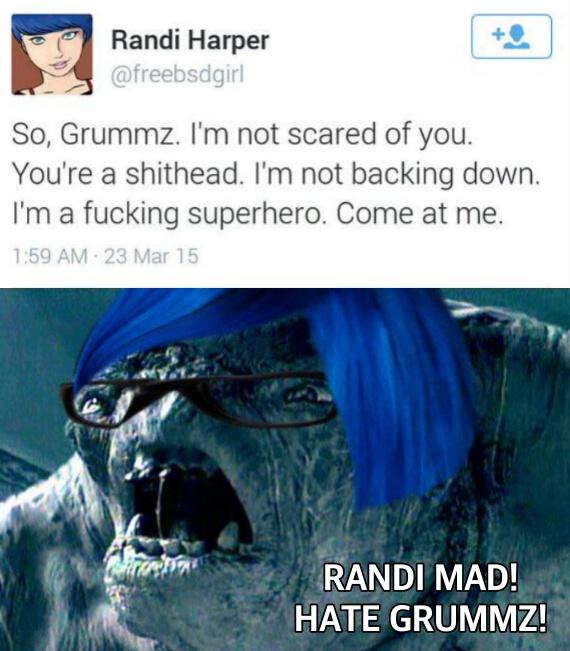 You’re a superhero now? Where have I heard that before? 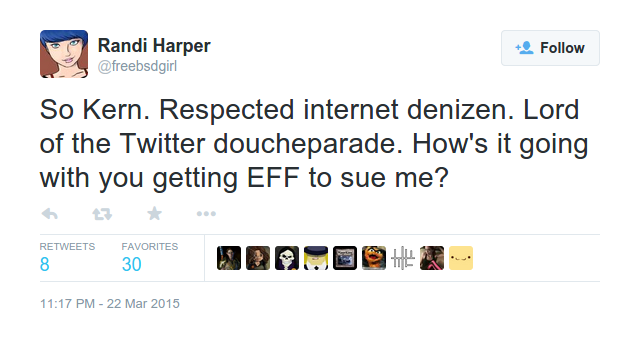 Encourages harassment? Have any proof of that? No, of course not. I wouldn’t expect you to. 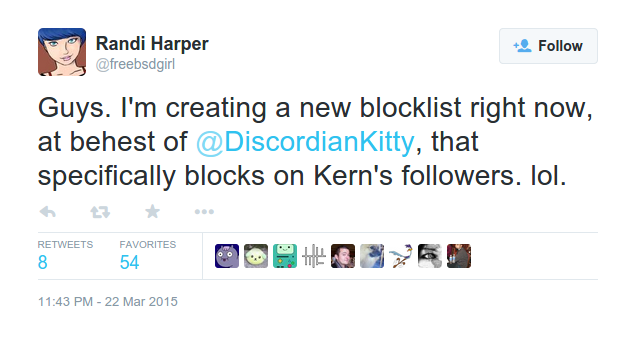 These two really think they’re in the driver’s seat. I wouldn’t be so sure, if I were them. They will get some cash, and people will pay them lip service, but will it really go beyond that? I’m not certain, at this point. If we stay organized and keep up a united front of pressure, I don’t think they’re gonna win. Especially if they fuck up and piss off some other anti-censorship forces in the wider landscape. They talk a big game but we’re still here, going on 8 months. My Twitter account and subbreddit are rolling right along, as well as the site, of course (not to mention all the others). I’m still waiting to see some victories from you losers.

UPDATE: Someone (@ibbibby) reminded me of this one on Twitter. Here’s Randi Harper further acting out her delusions of grandeur: 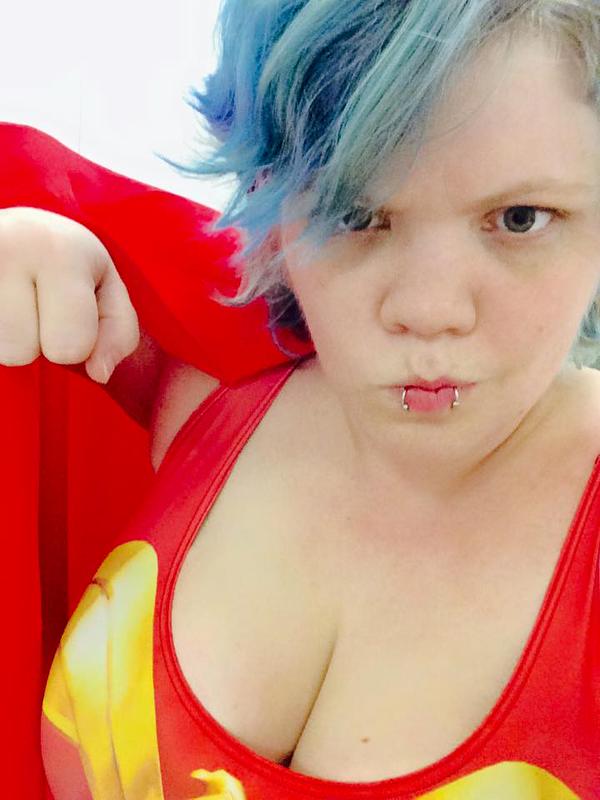