Nate Perez: A Portrait of an Alog

It’s sad when someone you once considered a friend goes out of their way to tear you down. It’s always out of a place of insecurity and jealousy. A normal person understands that life takes people in different directions, and they will continue with their business. If someone was really such a bad associate wouldn’t it be best to just cut them out and walk the other way? There is a special name for this particular breed of lowlife: Gator.

I was hoping that by ignoring this person they would grow tired of gossiping about a girl they used to know, but it seems clear that the attention they have gotten from running their mouth has fueled their delusions. Their brief acquaintanceship with me was the highlight of their sad existence. For the first time in their life, they matter.

At first, I felt sorry for this person. They are obviously mentally ill and miserable. However, they have been running their mouth for a while now and have spun some egregious lies about my family. It’s only fair that I give him the attention he’s been starving for. Also, I’ve been presented the perfect opportunity to break down the profile of the average Kiwifarms poster.

Meet Nate Perez, a 28-year-old autistic tank scrubber at the Florida Aquarium. First, let me preface this by saying this guy is severely mentally ill and retarded by his own admission. We went to the same high school but he was several grades ahead of me. He was notorious for creeping on female students and was known as “Nate the Rapist.” 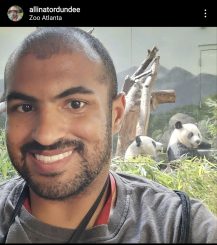 I am not one to believe rumors, so when I saw that he was transferring to my college I befriended him and helped him get adjusted. I invited him to hangout with my friends even though everyone thought he was weird. I was extremely tolerant and patient with his frequent meltdowns and inappropriate social behavior. I had to be very direct with him about boundaries. One time he sat outside clawing the bathroom door while I was getting dressed for a Halloween party. Frequently he would complain to me about women and how his life wasn’t fair because of his race and disability. It was exhausting to be his friend but I thought I was doing a good deed.

Nate was always very jealous of my relationships and when I was newly single, he made sure to be the first person to hit me up. This is textbook beta orbiter stuff. Since he thinks it’s so cute to share text messages, why don’t we take a look at some of the ones he left out?

While we were in college he was obsessed with another female student. Nate would often come to me literally crying because she wouldn’t message him back.

And he was deeply afraid of being called a rapist to the point of having frequent ptsd flashbacks. 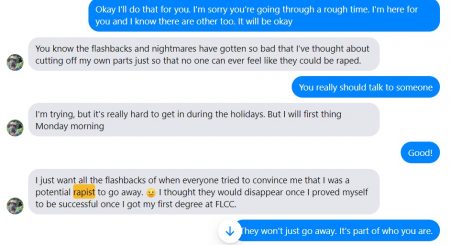 He is delusional and totally hung up in the past. 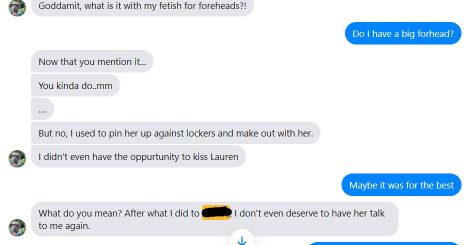 He also will feign suicide for attention. 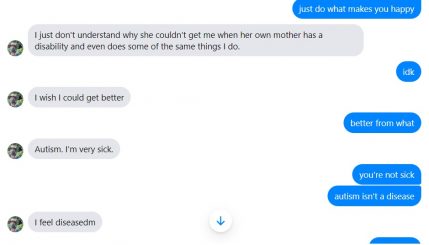 Guess that serves me right for trying to be nice to a simp.

Nate Perez is very mentally unwell and a stalker. He spends his free time attacking a new mother and her family online. It sure would sure be a shame if his employer, the Florida Aquarium, heard about his new hobby.