I’ve been a longtime reader of Zerohedge. In fact, this site has been cited there many times, come to think of it. But when I saw a recent contributor, Josh Moon, I somehow knew it would fall to me to point out the obvious bullshit.

You see, most people seem to be afraid of Kiwi Farms and Josh Moon. I guess that’s why they keep silent. There’s no lie about me they can tell that they haven’t already told, so it doesn’t affect me much. But I can understand those who reluctantly keep quiet in the face of such a fraud. Well, they stay silent in public. In private, many things are said. Still, I understand most sane people not wanting to get involved.

Nonetheless, I saw the post. It was the usual drivel from Moon. He likes to portray himself as some kind of king when it comes to free speech. But, the fact is, he bans people from his site daily. He uses the mentally ill users on Kiwi Farms to spin lies about his enemies. AND, the worst part of all is, he seems to think he should be immune from the same sorts of perils that yours truly has to go through.

Well, if no one else will write this up, I certainly will!

Kiwifarms has become an outright honeypot for right wingers interested in free speech, where leftists are given free rein to dox and attack their lives…all while the freaks, furries, and leftists themselves are protected by Josh’s moderation staff (themselves furry, freaks, and other assorted degenerates).

Josh Moon doesn’t even believe in “free speech” as he portrays it to the mob. He has banned numerous posters in the past few months simply for disagreeing with him, or making fun of him. One such poster, named Vetti (a piece of shit that hates me, by the way) made fun of Josh by photoshopping a hat that said ‘Kid Diddler’ on his head. He was removed from the staff (he was previously a mod) and banned from the website immediately.

This is but a small sampling of his more “colorful” statements. 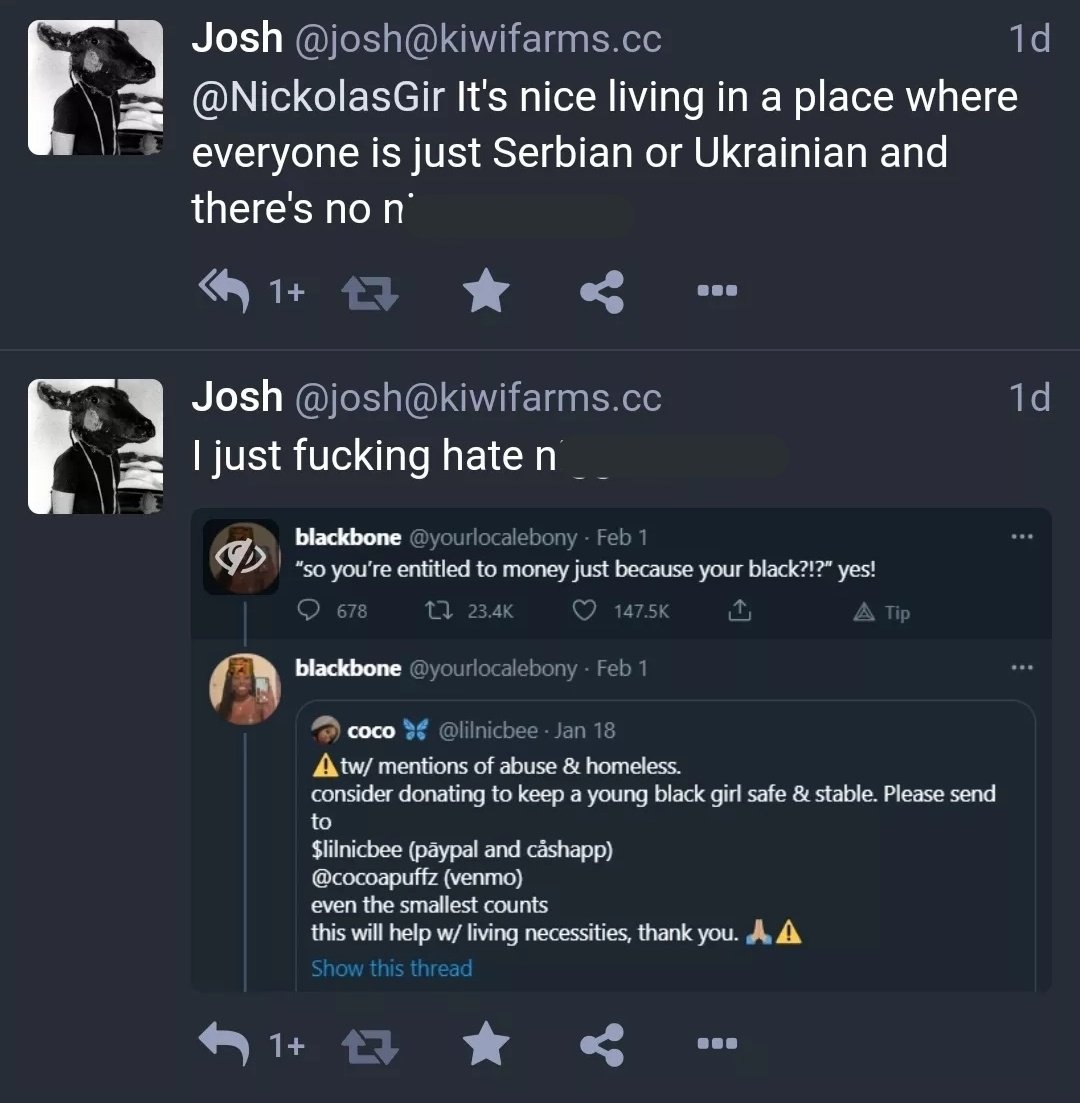 Here’s a couple Hard R’s, brought to you by the editorial staff at Zerohedge! Hard R Hedge, perhaps? I didn’t realize this was a new avenue for them. Perhaps we can get Randbot a blog series as well!

The truth of the matter, I’m sure, is that Mr. Moon downplayed and/or lied about connections such as these. But wait…I’m sure he warned Zerohedge about Kiwi Farms being the largest purveyor of revenge pornography on the internet, right?

I would bet my left nut that he said NOT ONE WORD. 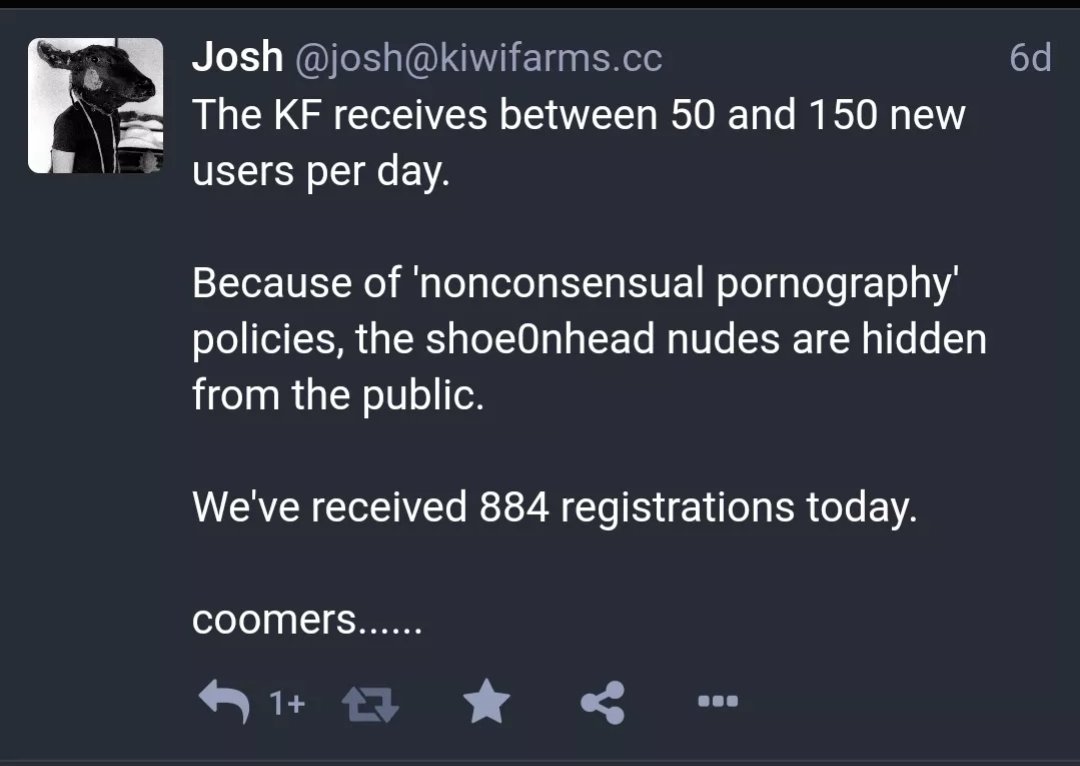 I’m in Vegas and I need to get ready for the OG Mystery Guest tonight. So, I don’t have time to pull up 2000 other examples right now. But, don’t worry. I’ll make the time if it comes down to it.

Let’s see if Mr. Moon is asked back for a sequel.