BREAKING: Do Trans Gingers Have Souls?

My friend Michael Kittrell aka CopperCab now wants to be called Claire. CopperCab has decided to come out as trans after a sex-change operation.

My friend @CopperCab was distant in the past few months, disappeared for a while and now I know why.@jasperhamill

In case the name CopperCab isn’t familiar to you, he was the kid in the “Gingers do have souls!!” viral video.

He also was featured on the show “Tosh.0” and the “South Park” franchise had a storyline based on his video in both an episode and the game “South Park: The Stick of Truth”.

I have done a few videos in the past with CopperCab and I am one of 79 people he follows on Twitter.

NOTE: Ralph drops out of the hangout a few minutes before CopperCab joins. They are NOT the same person. Don’t start rumors. <wink> <wink>

CopperCab seemed to have disappeared off of YouTube recently, his last video was released 4 months ago.

The last time I had contact with him was during the recording of the 2000 subs celebration stream I had for my YouTube channel.

Until I started to receive cryptic messages from him in the past week. 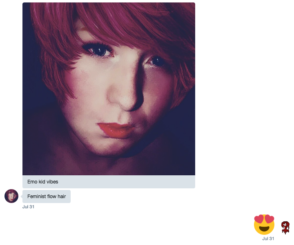 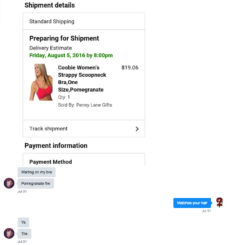 He has changed his avatar on all his social media accounts. It had already been changed to a pink hue a week or two ago, reminiscent of LGBTQIA+ palette.

He's serious, insofar as he is an attention-seeking, delusional idiot with a borderline personality disorder.

he makes a pretty girl

Claire will be featured on the Gavin McInness show later today.

After Claire is done having a sexy time with Gavin McInness, I will be interviewing her for my YT channel.

Time TBD. This article will be updated as soon as the time will be confirmed.

EXCLUSIVE: I will have an interview with @CopperCab tonight about coming out as trans right after the @Gavin_McInnes show.@jasperhamill

I have no clue. This is CopperCab we’re talking about here.

I know he’s kind of a kook after having spent some time hanging out with him.

Whatever makes him or her or xey happy, I guess. 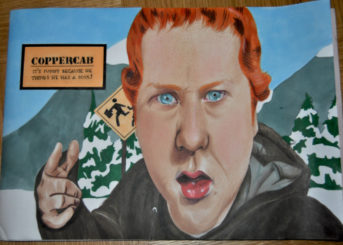