The facts of this story could be interpreted in several different ways, depending on what your political and racial views. Take a look…

An East Tennessee State University student was charged by police after he disrupted a Black Lives Matter event on campus by wearing a gorilla mask, carrying around a rope and trying to hand out bananas.

A Johnson City Police Department report said Tristan Rettke is charged with one count of civil rights intimidation in connection with the event that took place at Borchuck Plaza.

Eyewitnesses including the East Tennessean, the university’s newspaper, took digital photos and filmed video of Rettke’s actions, which including him walking up to protestors with a burlap sack that had a marijuana leaf and a Confederate flag printed on it.

The report said after his rights were read Rettke said he found out about the protest on the social media platform Yik Yak.

Rettke told officers that he went to the store on Tuesday and purchased the rope, bananas and the gorilla mask. The suspect then stated he went to the protest with no shoes on with coveralls “in attempt to provoke the protestors.”

ETSU officials put out a statement saying they were outraged by Rettke’s actions at the protest.

When I first read this, I thought the police were 100% in the wrong for charging this guy. I still think they were wrong, mostly because it seems like he was just fucking around. But the rope aspect makes it a little more iffy. One could posit that he was alluding to lynching by having a rope. But if you look at the photo up top, he had it tied around the banana itself, so I don’t think he was trying to refer to lynching. In fact, I’d say what he did feel well within the realm of free speech. Would I have done it? No. I still don’t think it’s prosecution-worthy, though.

Here’s the email the school sent out, by the way: 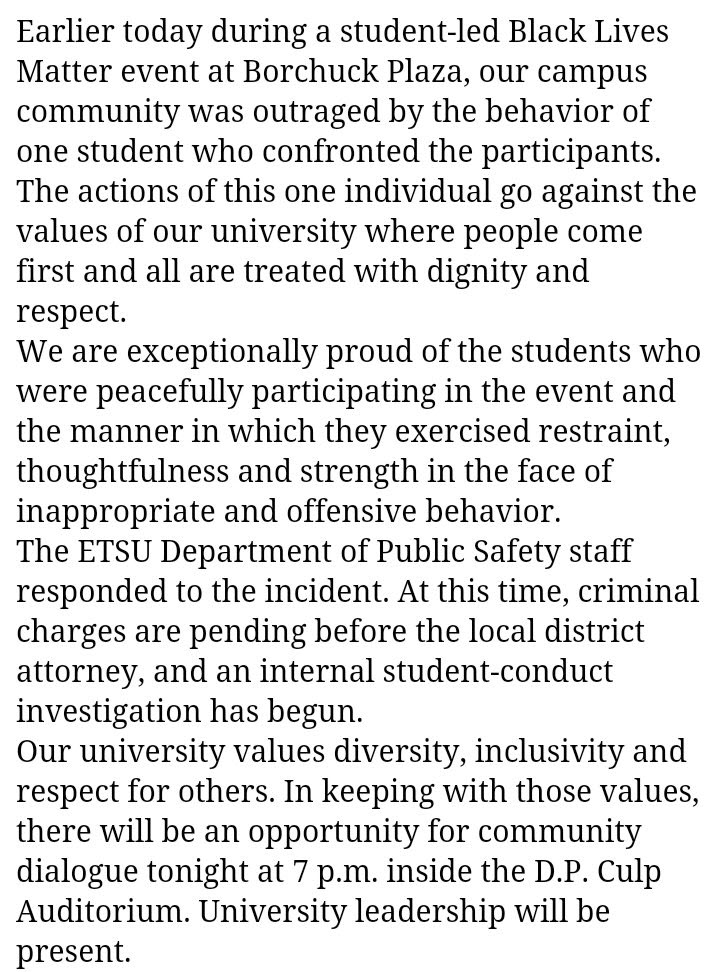 I’m not sure why there needs to be dialogue about some guy in a gorilla suit showing up to do some real life trolling. I guess some of these special snowflakes will seek therapy over someone goofing off. Hell, they might even try to sue the school over it, if I had to guess. This is the state of affairs in the current year, ladies and gentleman.