You know, the Parkland kids are really starting to get on my nerves. I know it’s considered gauche in some quarters to criticize these youngsters, but I don’t really care anymore. They’re taking some of the most amazing liberties that I’ve ever seen. Just look at this tweet that Cameron Kasky, by far the nastiest of the bunch, sent out yesterday.

First off, the tweet he quoted is almost 10 years old. He’s acting like Dana Loesch just recently tweeted this out in response to the ambush she got on Wednesday night, courtesy of CNN and their student stooges. He also seems to be saying that she is happy that students were murdered in cold blood by a psycho killer. That’s so far beyond the pale that it nearly defies belief.

So, acting like these kids deserve any sort of special consideration when it comes to criticism is not only wrong, it’s offensive at this point. Now, it turns out that one of the other members of their clique actually bullied Nikolas Cruz on Twitter back in the fall.

The “Emo Gazebo.” Huh, where have I read about that before? 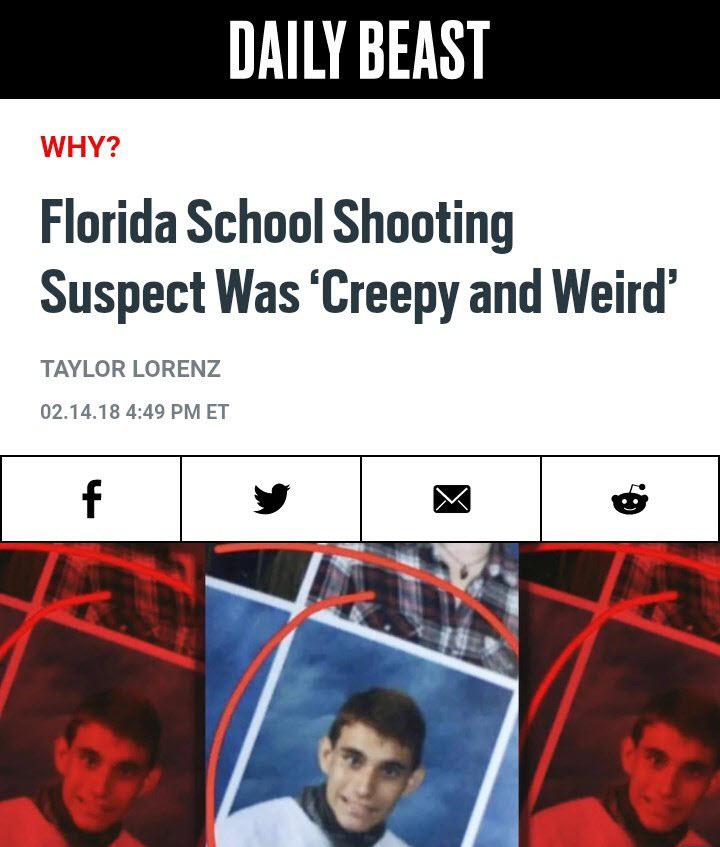 Douglas High has a place students call “the Emo Gazebo,” he said. “That’s where all the kids that are considered weird or not accepted sat. Kids at the Emo Gazebo didn’t even accept him there. He was just an outcast… He didn’t have any friends.”

We should change the names of AR-15s to “Marco Rubio” because they are so easy to buy.

Now, none of this excuses Cruz and his murderous rampage. Nothing could ever excuse that. BUT, I would say this throws some shade on the canonization of these teens. Plus, they’re all clearly in the same circle and were even before the media-backed binge of puff pieces and anti-gun propaganda. What else is out there if someone actually digs a bit deeper?

I hope we eventually find out.