I’m not a fan of the New England Patriots. It’s fine if you are, I’m just saying that’s not for me. I didn’t feel like President Trump being a fan of the team was a good enough reason to give up my 17-year hatred of the team. I think the last time I rooted for them was when they were going up against the then St. Louis Rams in Super Bowl XXXVI (fuck, I’m old now). They became unbearably smug to me shortly thereafter. Then again, they’ve always had a lot of reasons to be smug. They win a ton.

As a side note, I’m a fan of the Alabama Crimson Tide, so I guess that pretty much negates everything I said there, since our fanbase, coach, and team are all three pretty smug. Maybe I’m just a hater when it comes to the Patriots. That being said, one thing I do respect is greatness. You can’t take anything away from this win and Tom Brady’s place among the all-time greats. It was incredible.

Or wait, maybe you can take something away from it? What if, and bear with me for a moment…this whole thing was caused by white supremacy? 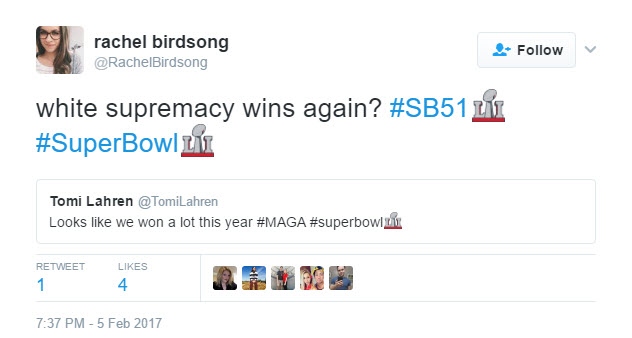 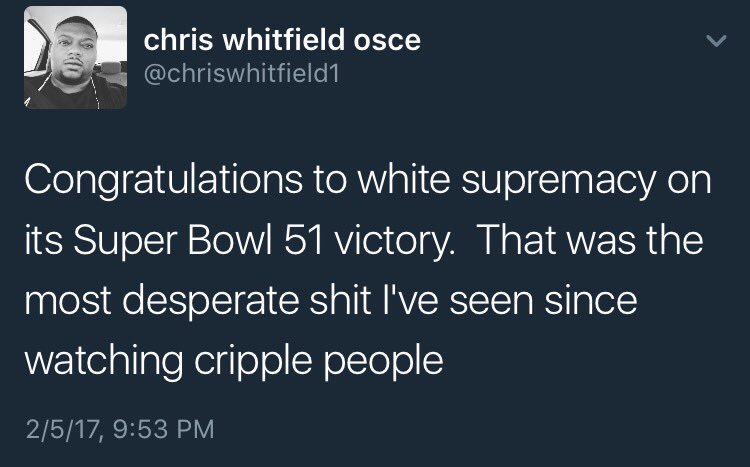 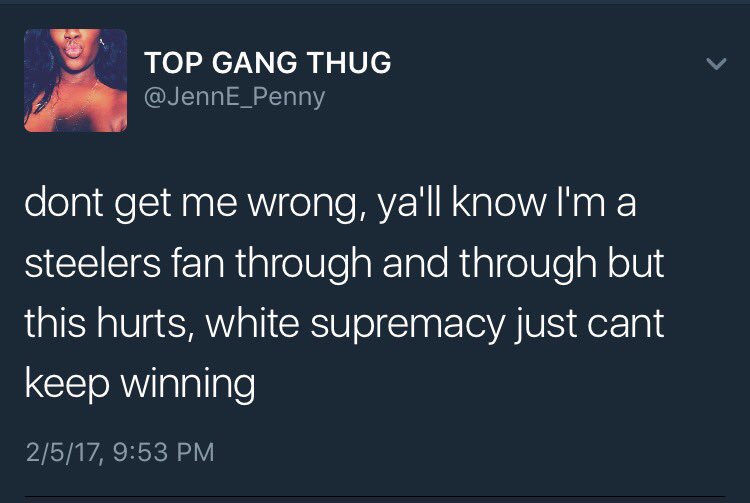 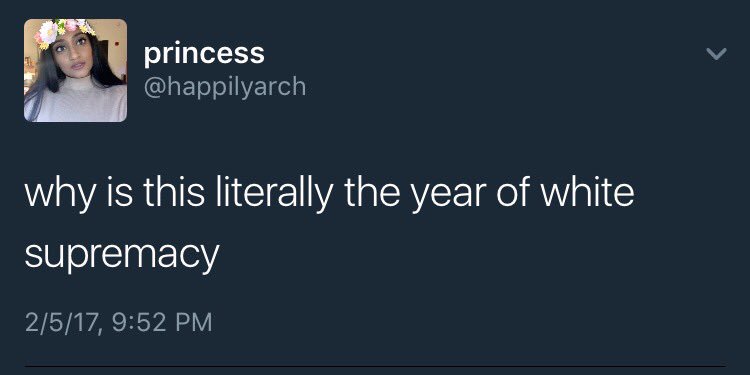 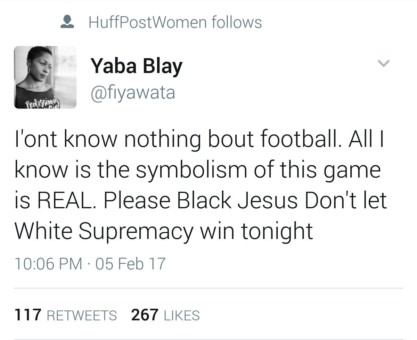 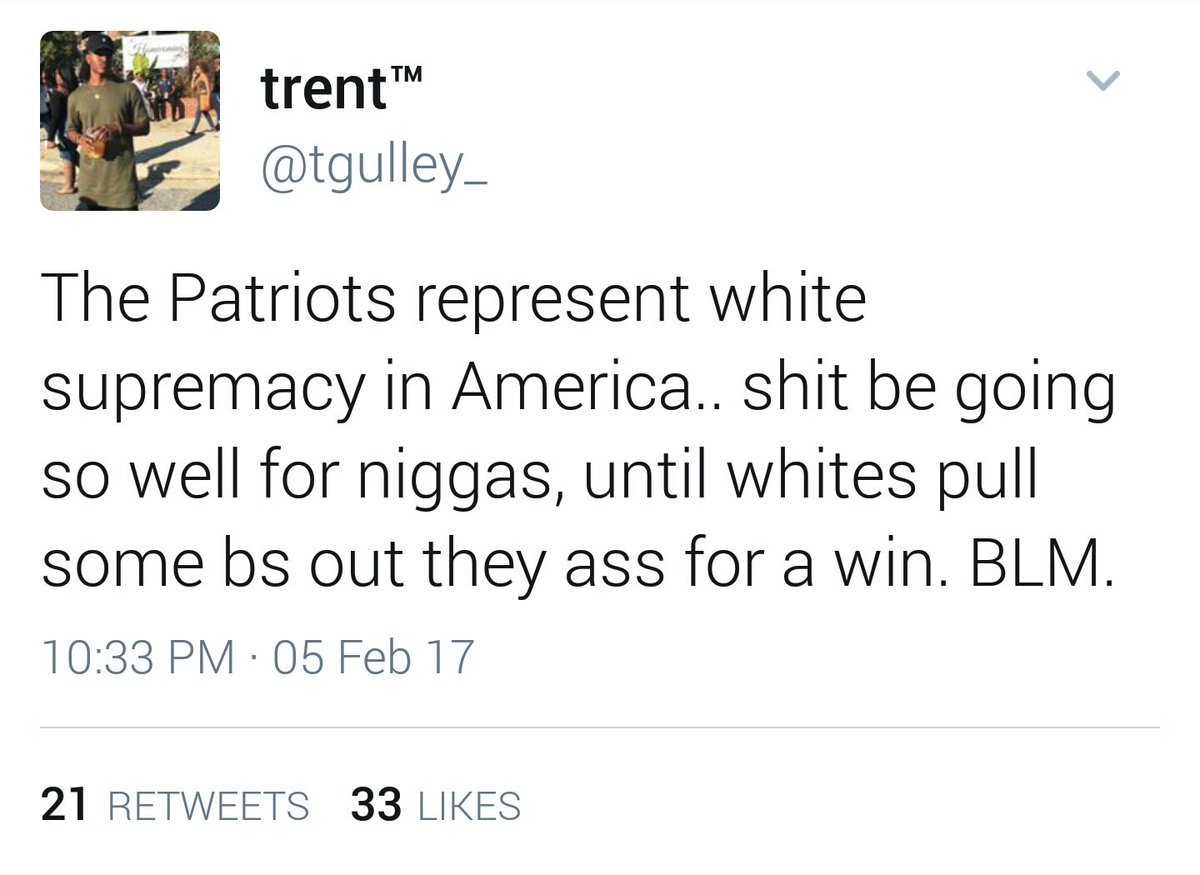 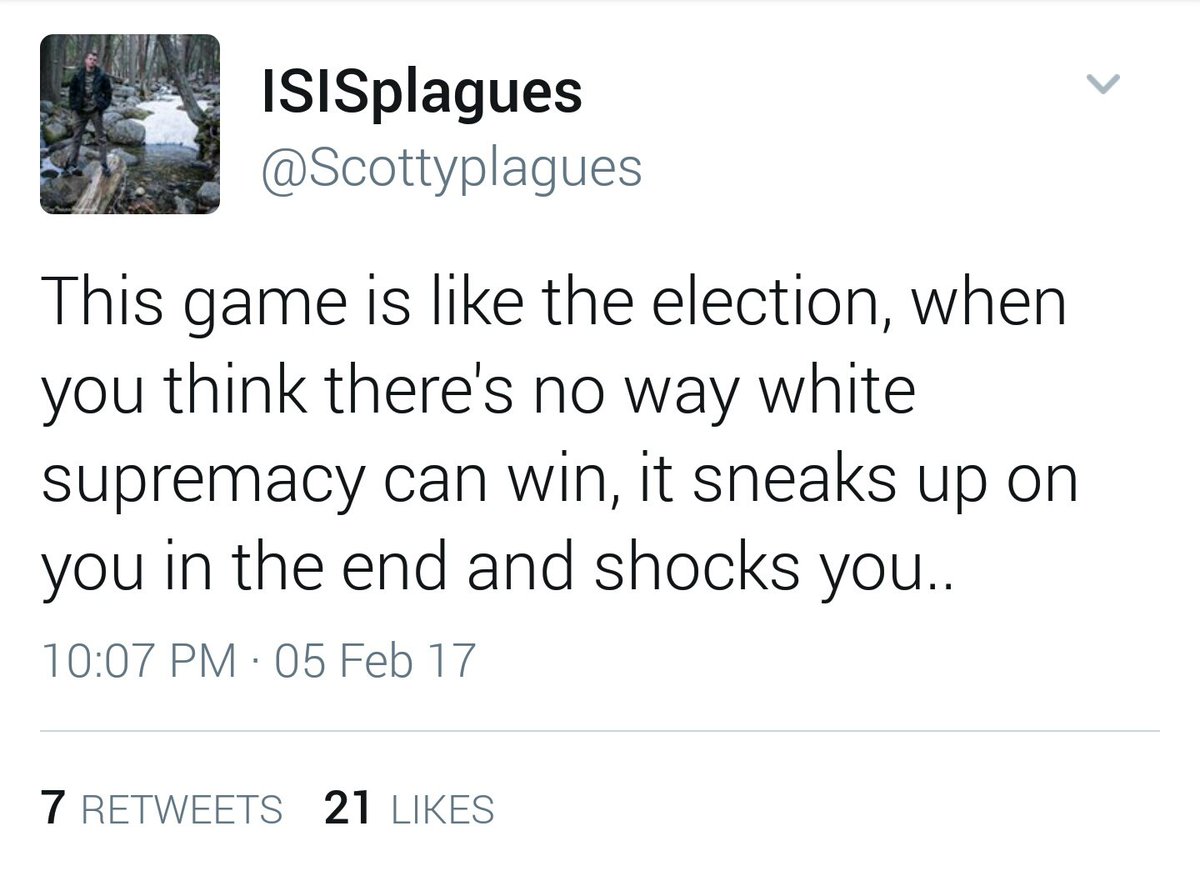 Imagine being this pathetic LOL! Wow, I don’t like the Patriots, as I said. But this part of the evening is priceless. This was a short compendium of white supremacy tweets, by the way. There are hundreds, if not thousands, more.

I imagine we will see some long think pieces about the inherent racism involved with this win before morning. Enjoy the salt!