Earlier today, Liana K, a supposed supporter of GamerGate, put out her long expected shitpiece on our movement. In it, she admits that she made false allegations against Milo Yiannopoulos, yet nonetheless trashes him throughout the article. It truly is a stunning illustration of the type of hypocrisy we’ve been fighting so hard against. I honestly didn’t know how she thought she would get away with such dishonesty. But, then I had to remind myself: her audience is really the SJW crowd, not GamerGate.

I think Milo probably said best himself, in a tweet to me earlier this evening:

Another couple tweets he made later in the evening were pretty class as well:

Really, there would be no reason for this column, since Milo just utterly destroyed her. However, Liana wasn’t done. She had a little more shilling to do. Next, her attention turned to Jayd3Fox, and a certain YouTube video she had put up, that exposed Liana for the fraud that she is. You see, calling Liana out as a shill makes her very angry. So, she did what any SJW asshole would do. She had the video taken down on a bogus harassment complaint (it’s since been put up on based DailyMotion).

And we know it was her, because of this: 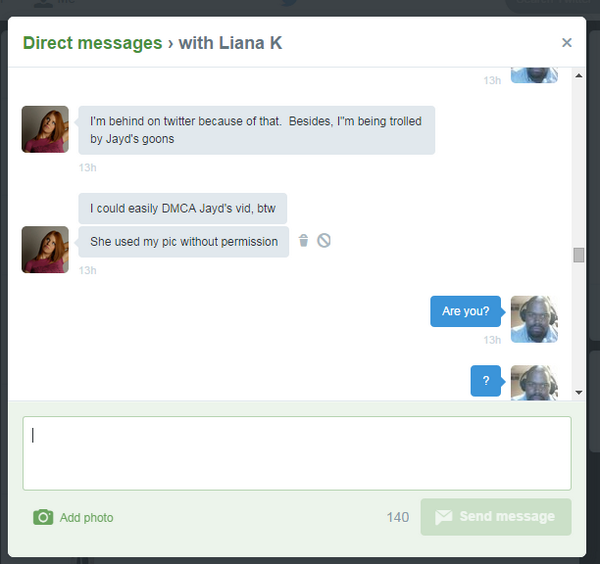 It should go without saying, but this woman is not a legitimate part of our movement. In case you needed further convincing, take a look at her take on The Witcher 3 (made of rape?): 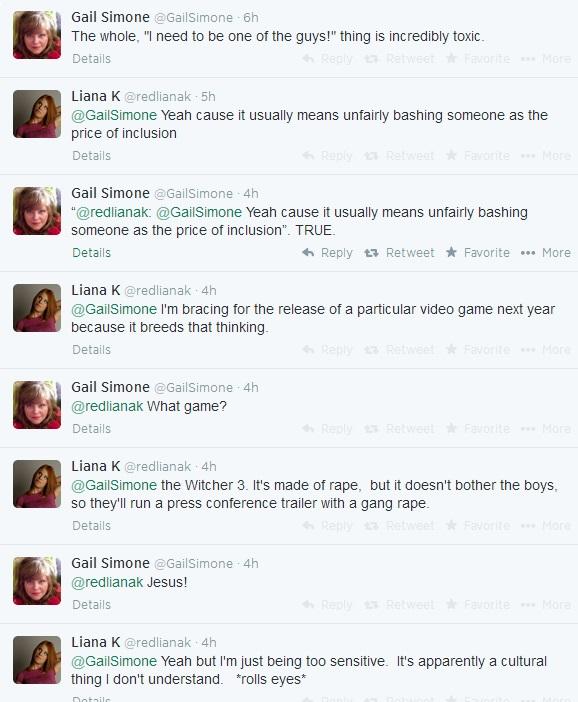 Or, you could consider her past support of Zoe Quinn:

How about the time she said she hoped all this GamerGate “dumb shit” would be over after Destiny came out? 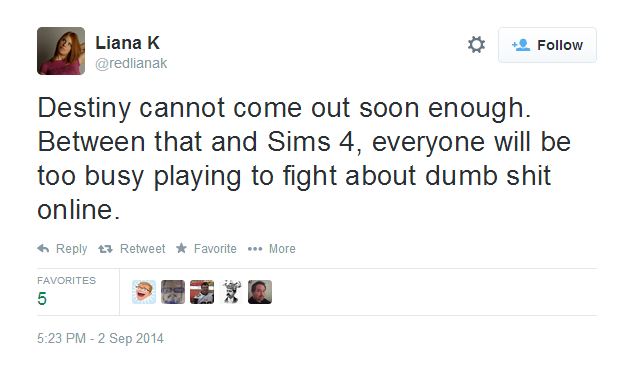 We could also take a look at her alleged shilling on 8chan, or her love of Little Hitler, Ian Miles Cheong. Or, we could just read her own words. In a since deleted tweet, she admits that the article that came out today was written a week ago, right after she had invaded GamerGate just to insult Milo. She’s clearly done all this just for publicity. I know, some of you will say we’re giving it to her. But, her censorship and lies have made this piece necessary. At least we didn’t have to waste too many words on her.

Shill, thy name is Liana K.