The “Women in STEM” Meme Now Officially Has a Body Count

In case you missed the original story, a bridge collapsed in Miami, Florida yesterday and killed several people. It’s been all over the news, but here’s a brief recap for those that didn’t hear about it.

As federal officials began investigating the catastrophic collapse of a pedestrian bridge here, authorities made a grim announcement: The death toll has climbed to six — and more victims may be buried in the rubble.

“Our first priority is getting to those victims,” Juan Perez, director of the Miami-Dade Police Department, said Friday morning. But, he added, it is a slow and painstaking process to break the debris into smaller pieces for removal, and to reach the vehicles that were crushed when the 960-ton span collapsed Thursday afternoon.

The foot bridge was designed to connect the city of Sweetwater with the sprawling campus of Florida International University, and it was still being installed when it came crashing down. Sen. Marco Rubio (R-Fla.) said suspension cables on the bridge “were being tightened when it collapsed.”

Sweetwater Mayor Orlando Lopez said Friday that one of the victims in the accident was an FIU student. “We are truly saddened to hear that,” Lopez told reporters at a news conference.

But who designed the bridge? Well, let’s put it this way: The “women in STEM” meme now officially has a body count. 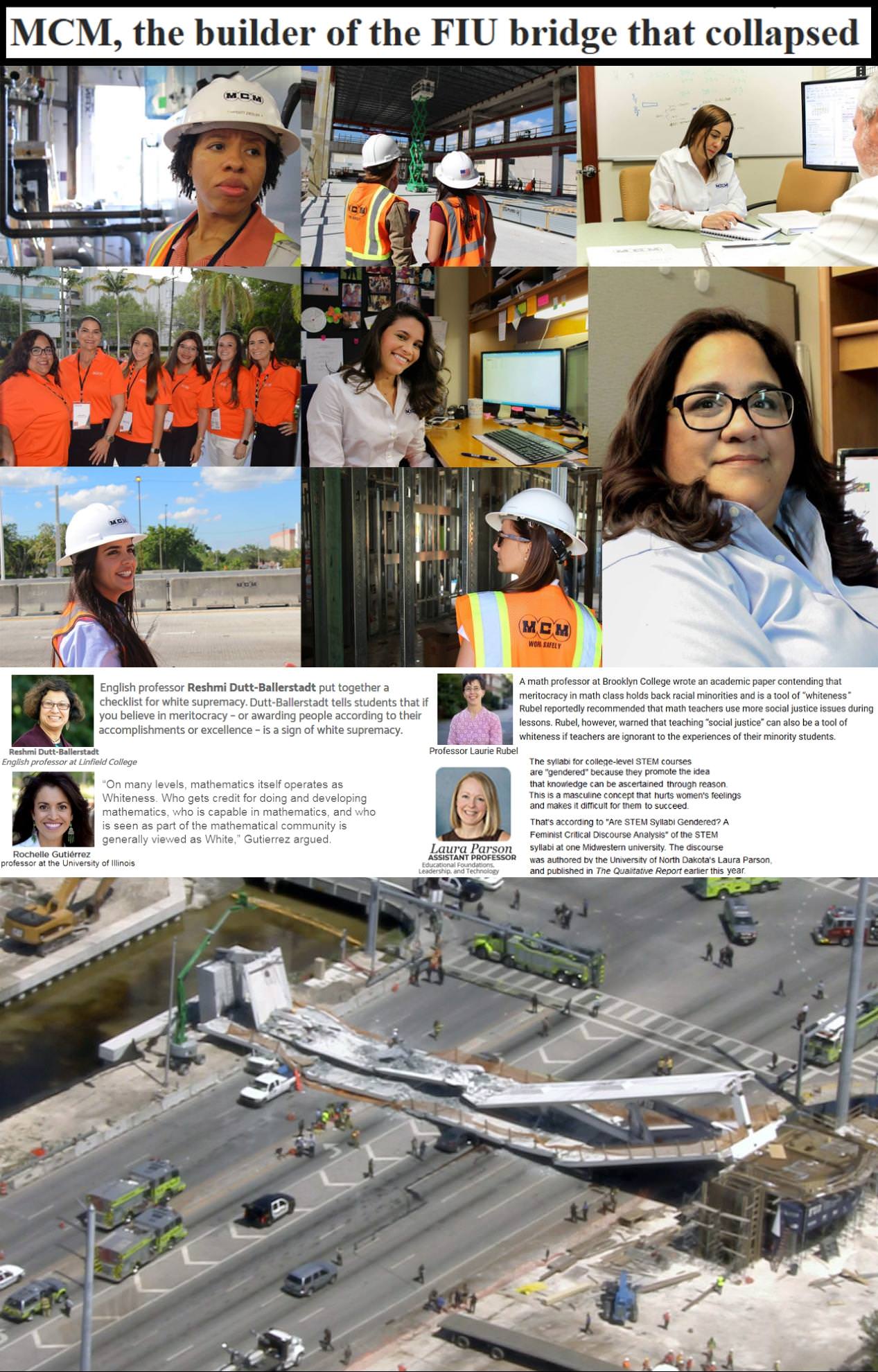 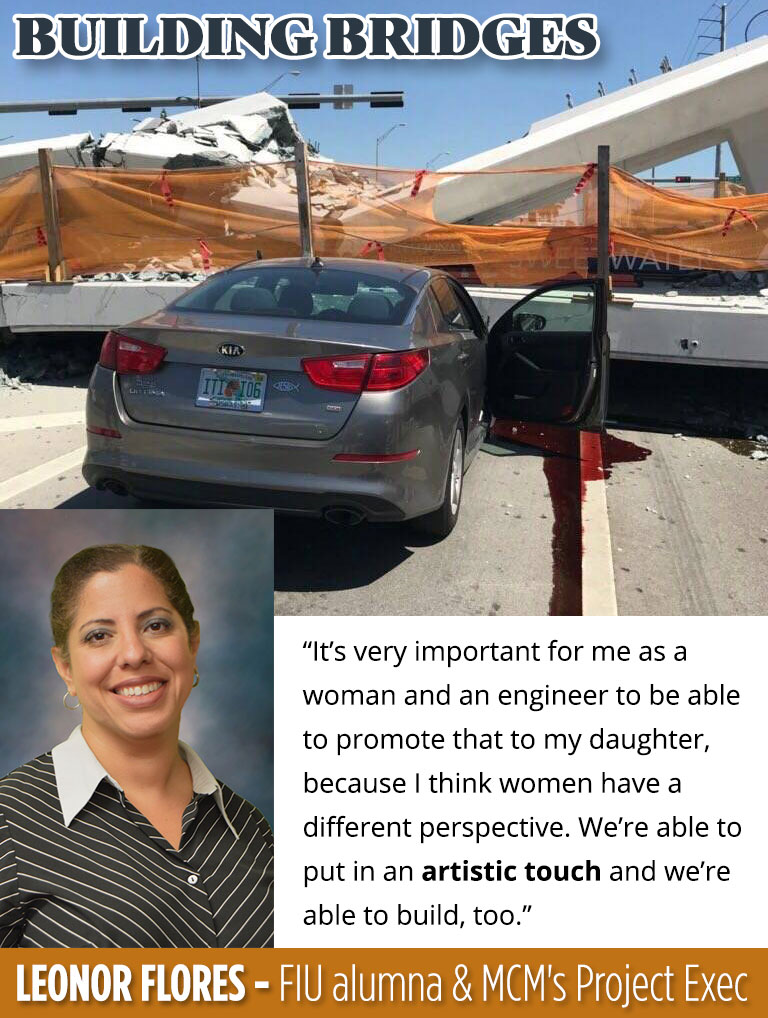 The event in which Azizinamini was awarded ‘Champion of Change’ status was webcast live at whitehouse.gov/live, no longer online.

Then we have this: The program that provided most of the funding for this disaster has repeatedly come under fire for giving out grants based on politics instead of merit…

The pedestrian bridge that collapsed at Florida International University’s Miami-Dade campus today, killing several people, was funded with $11.4 million from the U.S. Department of Transportation’s Transportation Investments Generating Economic Recovery (TIGER) program. The TIGER program has come under repeated fire for awarding money based on politics rather than merit…

TIGER, which Reason has covered here, here and here, was created as an economic stimulus measure under President Barack Obama and morphed into a permanent program. It has awarded $5.6 billion in nine rounds of grants since 2009.

I don’t know about you guys, but I would rather any bridge I have to go across be designed by those who are deemed the most competent rather those those thought to be the most “diverse” or “pro-woman.” I would imagine the families of those who were killed yesterday feel the same way.