Anti-GamerGate Hate Merchant At It Again

More hate speech by journo Robert Caruso has been discovered. Since yesterday, the Boston Globe has said that he’s not an employee, but said nothing of his comments. They also refused to rule out using him in the future. This is not good enough, in my opinion. His statements are so disturbing, so beyond civility, that he should be shunned by all decent media organizations. At the very least, he needs to be reprimanded in some way.  I know the media is hypocritical, but this is unbelievable.

Today, he decided to mock GamerGate and Partisangirl (Maram Susli), the fetching Syrian activist he regularly hurls genocidal insults at (he likes to call her stupid, among others). Just now, his sister has tweeted at me to stop calling him out. Apparently, he is a wonderful family man. Maybe he is. But, as I told her, he hasn’t apologized for anything. I honestly don’t think that’s enough, but that would at least be something. It’s not me he needs to apologize to, either. It’s Partisangirl.

Instead of apologizing, he’s doubling down on offensiveness. Here’s some of his choice comments:

That’s pretty tame for Robert. How about insulting those with speech impediments, as well as parentless children?

So, @robertcaruso demeans people with a stutter as well? This bigot war monger seems to hate everyone. #GamerGate pic.twitter.com/XJFZPSSeZF

By the way, his sister retweeted his original tweet. So, I have to wonder how genuine she is. I retweeted it as well, but it was just to show his depravity. Any any rate, she seems very nice. But this isn’t about her. It’s about her psychopath brother who goes around saying the most offensive shit imaginable. He’s affiliated with The Boston Globe, The Hill, and Huffington Post’s Latino Voices. That’s why people care. He’s not some random dude.

Caruso apparently has another job, which he mocked us for not being able to find out about today. Of course, he is scum, so he might just be lying. Check this tweet closely. He also seems to make a veiled threat at Partisangirl, but you’ll have to decide for yourself.

On the off chance he isn’t lying, I hope his current employers will look into his disgraceful record. Because this isn’t a new thing for Mr. Caruso. His cancerous career of hate goes back years. Here he is in 2011 and 2013:

He actually tried to delete that, but, as we know, the Internet Never Forgets. And, just in case you don’t think all this is GamerGate related (a hilarious complaint some have leveled at your’s truly), here is some more hatred directed towards us from yesterday, along with one of his attacks on :

So, we have a psychotic journo who no mainstream media outlet will disavow. Hell, even the ones he works for won’t disavow. What kind of shit is this? I know he’s not well-known, but it doesn’t matter. If we had a person saying stuff like this, it would be trumpeted to the high-heavens. We must give them the same coutesy. Afterall, a man like Robert Caruso needs to be called out. His media benefactors should be named, and shamed. He doesn’t deserve a pass, and we’re not gonna give him one. Keep up the heat. 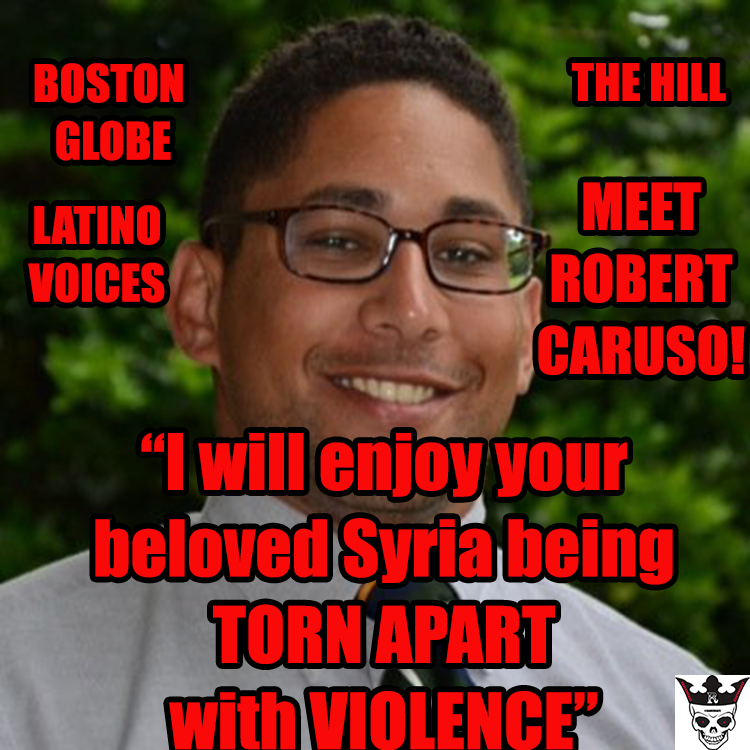 UPDATE: Here’s a Reddit thread that has archive links to these tweets, and some others.