Just when you thought the week couldn’t get any crazier, it did. My ads have been shut off, then turned back on, Brianna Wu is basically threatening to sue me and the people like me, plus all sorts of other shit is breaking loose on Twitter. Now, we have anti-GamerGate Mother Jones editor Ben Dreyfuss putting out some of the most vile hate speech we’ve seen yet.

In one tweet, he says it would be “funny to play with the bodies of straight white men who hung themselves.” I guess this was some material that Sam Biddle rejected as being too edgy. Perhaps he sent it to Dreyfuss? I kid, because even Biddle isn’t this demented. How can this person have a job at one of the most prominent left-wing publications? I’ve read Mother Jones in the past, and found some valuable reporting there. But this is beyond the pale. Talking about play sessions with the corpses of dead white men? This individual sounds even crazier than Brianna Wu. 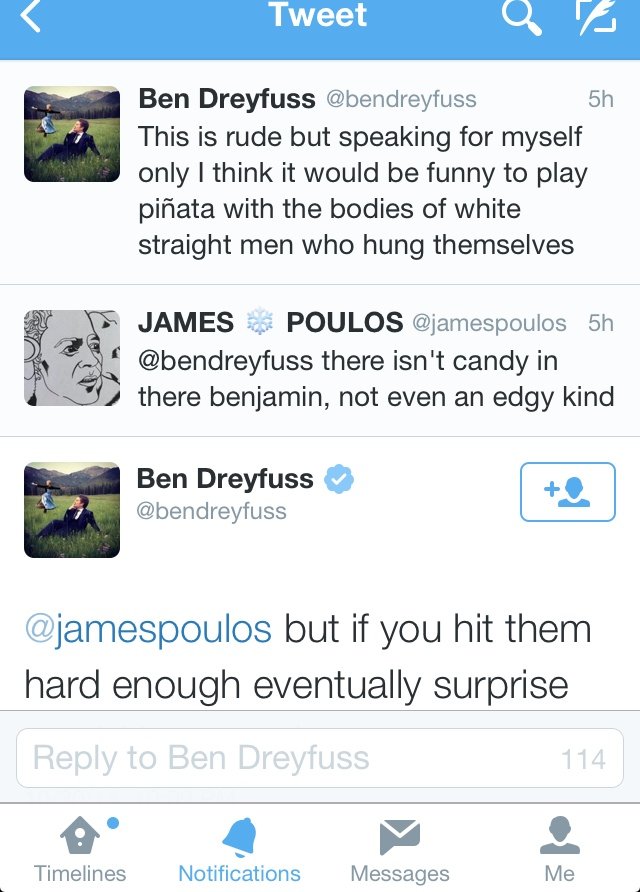 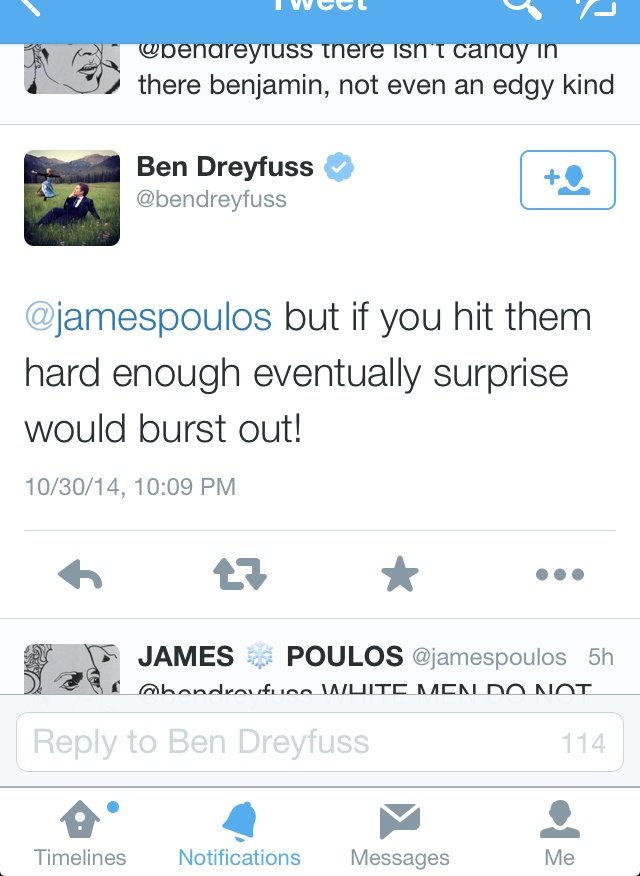 I would expect Mother Jones to take immediate action, if we were living in a reasonable media environment. But, since we aren’t, this will probably be swept under the rug, and ignored. At least, that’s what’s happened with the Leigh Alexander, Devin Faraci, Arthur Chu, George Reese, and Patrick Lucas Austin cases. So, look for more of the same here. I still welcome a surprise, though, Mother Jones. This hate speech should be condemned in the strongest terms possible.

UPDATE: More offensiveness from Dreyfuss is captured in this screenshot… 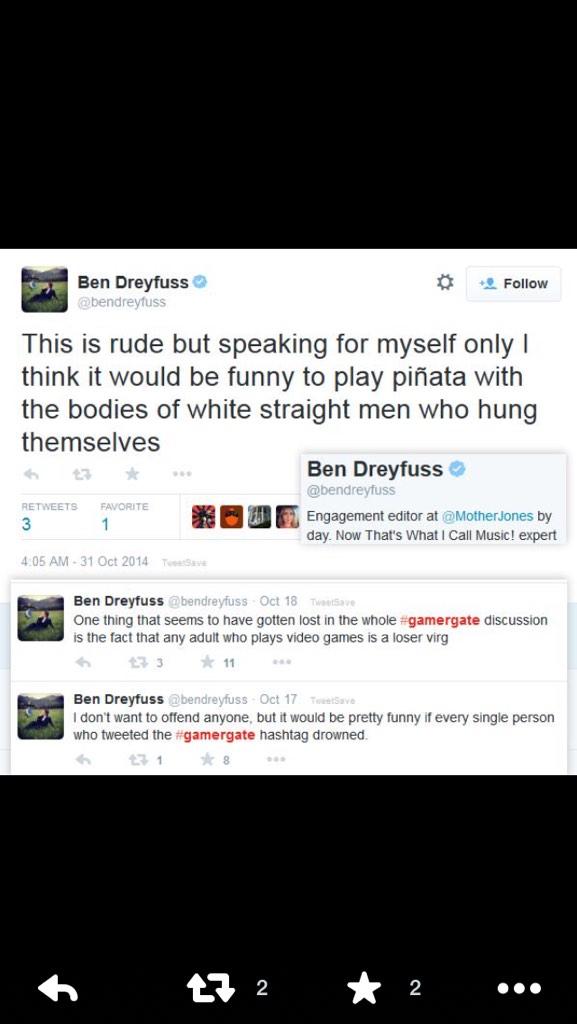