I’ve had a pretty long week. As many of you know, I’ve been out of town and attending to family issues. This morning, I woke up to find an email that Twitter sent me from the day before. In it, they threaten to take my account down for “nonviolent threats.” They refused to cite the offending tweet, or offer any other explanation. It appears as if the WAM censors are almost fully in control.

Here’s the email below: 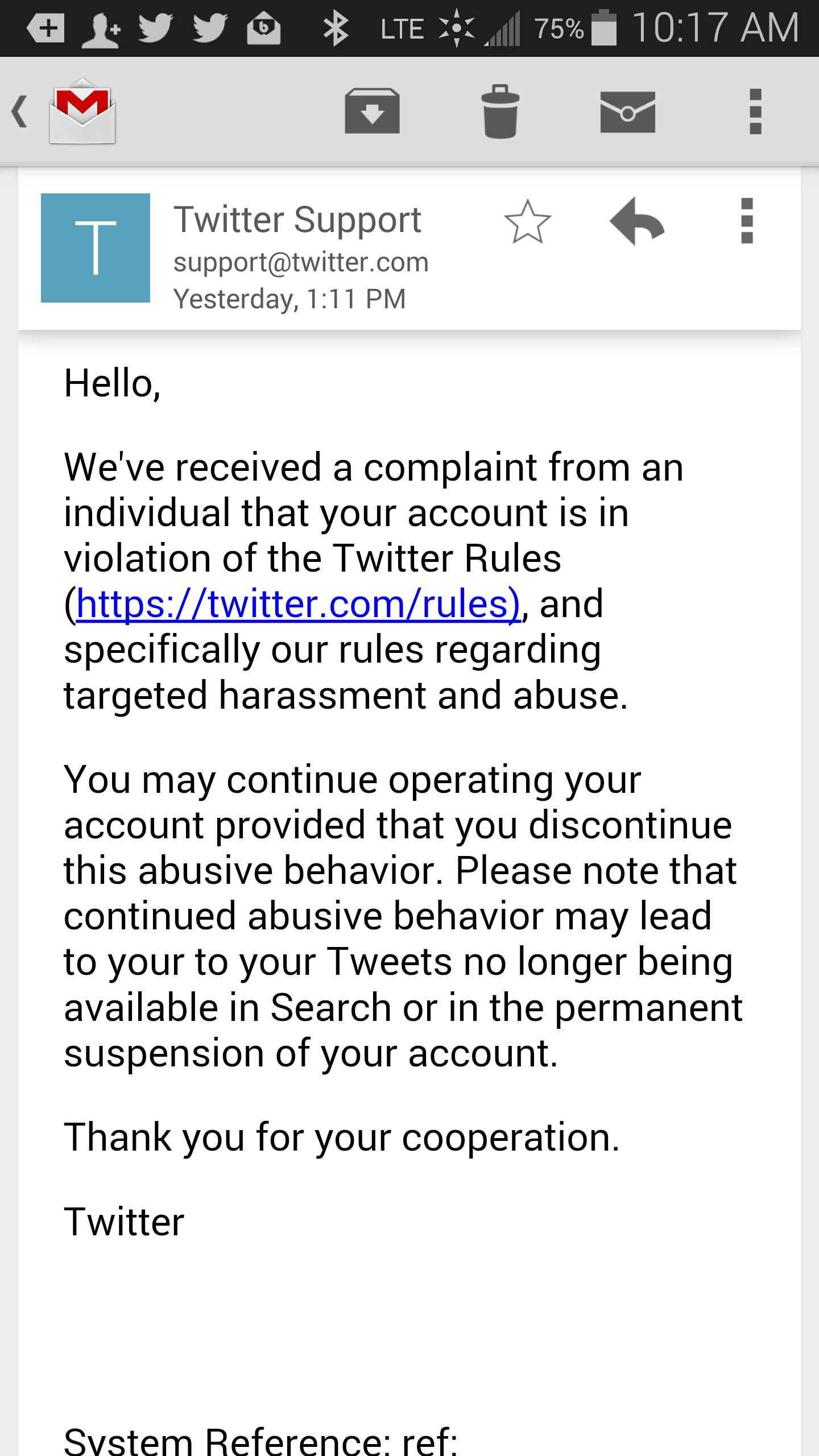 Just saw this from email. What does this Orwellian gibberish even mean? Nonviolent threat? No tweet cited #GamerGate pic.twitter.com/YLfkVkqbno

It’s fairly obvious that Randi Harper is the one who is trying to get me kicked off Twitter. I guess she’s mad that I alluded to her being tens of thousands of dollars in debt with the IRS, among other creditors. I wasn’t even going to publish it, but now I will:

This was handed to me by a source, and I cannot verify it 100%. But it certainly would explain her sudden interest in becoming a professional loudmouth radical feminist. That can be a pretty lucrative line of work. She’s an idiot who can barely string three coherent sentences together, though. That’s the only flaw in her plan. Other than that, I would say it’s a pretty good one, unfortunately. Maybe McIntosh can teach her up like he did Anita?

This woman has went after RogueStar, Mike Cernovich, and now me. She’s desperate to get famous off her shitty blocklist, that doesn’t even fucking work correctly half the time. Harper’s whole existence is a cosmic joke that she’s oblivious to. I’m not gonna bow down to this headcase, and neither will GamerGate.

These liens are public record. If someone doesn’t like me posting them, I really don’t care. Randi Harper can’t code worth a shit, and is a disgusting, censorship loving, windbag. The more people know about her motives, the better. She wants to go to war with GamerGate? Let’s do it.