A picture out of Charlottesville, Virginia was passed along to me late last night. For some reason, I was originally told it was in New Orleans. Anyway, here’s the picture: 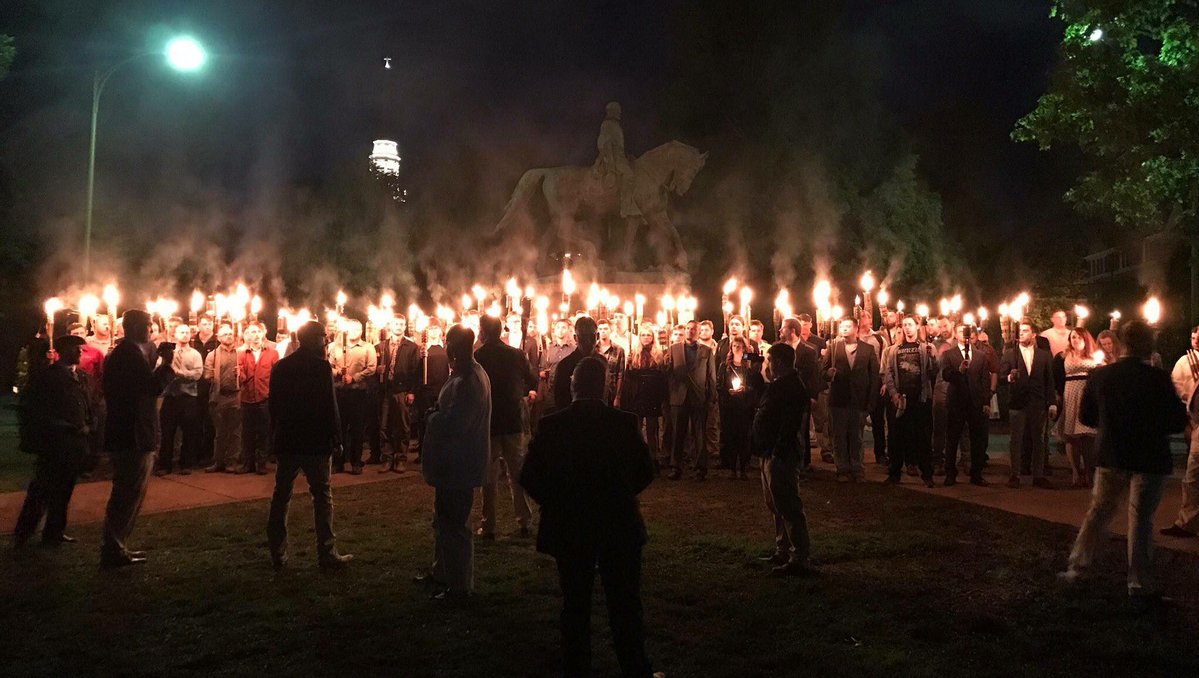 Now, as soon as I saw this, I knew how it would be portrayed in the mainstream media, namely, as a Klu Klux Klan rally. You’d have to be insane to think otherwise, since it popped up into my head as well. I had some people disagree with me on Twitter. These folks said this was a brilliant show of force. They also pointed out that these sorts of torch marches are common in Europe. That may be, but we aren’t in Europe. A demonstration like this immediately calls to mind the KKK, if you are an American. To say otherwise is pretty disingenuous.

As was pointed out to me on Twitter, those trying to save Confederate statues are going to be called racist Nazis by the left no matter what. It’s hard to disagree with that. I’m married to a woman of Pakistani descent and have repeatedly talked about anti-racism, but that doesn’t stop be from being called a racist scumbag almost every single day online. So, I get saying “fuck the left, do what you want.” Someone also said I was concerned with public relations (PR). Longtime readers of this site will no doubt laugh at that notion. I was smeared all over the world earlier this year just for writing a column about a video game thot. PR is nothing something that sits at the top of my list of concerns.

That being said, there’s a difference between being a slave to PR and actively doing shit that will almost certainly be a harm to the cause you are espousing. I don’t think the people who took part in this, Richard Spencer among them, thought this was bad. I’m sure they did it because they think it will help, not to hurt their own espoused mission. I just have to respectfully disagree with this play.

What is the stated cause for this torch rally? It’s saving the Robert E. Lee statue in Charlottesville. I fail to see how this sort of display will increase the likelihood of achieving that goal, a goal which I agree with, by the way. In fact, if I were a Republican legislator, or some moderate Democrat on the fence about the issue, I could easily imagine being completely spooked about supporting anything having to do with KKK-style torch rallies. Maybe you say, “Hey Ralph, that’s unfair. This wasn’t a KKK rally.” OK, fair enough. But when the first thing I think of as someone who agrees with Spencer and his allies on this issue is KKK, there is a problem.

And that’s not even mentioning the way the media have portrayed it. It’s ready-made propaganda for the other side. 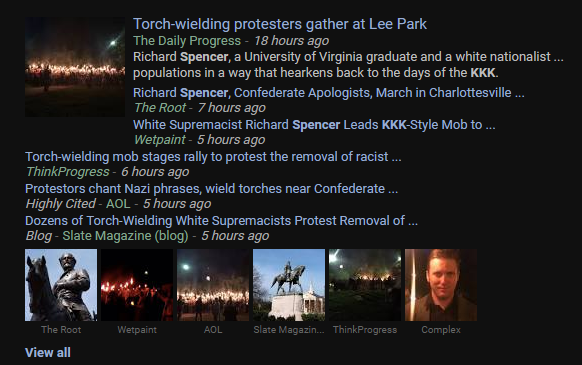 It’s not about going at Richard Spencer. I actually think he’s an interesting and welcomed voice on the right. In a lot of ways, I’m closer to him on domestic policy than I am to most people on the New/Alt-right. That’s not to say I agree with everything he’s ever said. Obviously, I am a much milder voice in terms of policy prescriptions and the like. I do like the guy, though. If this all turns out to be some massive win, the Lee statue gets saved, etc., I will look back and admit that I was wrong. I can honestly say I truly hope that I am off-base with this analysis. Still, I fail to see how the torch summit will end up being a net-gain at this point.

Yes, I get the view that “finally we are seeing a pushback” against the leftists who are trying to erase history. This was put forward by many of my Twitter followers. Maybe that’s where some commenters here will come down as well. I’m not sure, but I am interested to find out. So let me know what you think about all this down below.