If you’ve been following Twitter today, then you know that the Denver Comic Con has been tying itself in knots all day over its stance towards GamerGate supporters not only attending, but also wearing the GamerGate gear when they do. It should go without saying that I support the rights of attendees to wear whatever they want, much less GamerGate gear. But the guy running their social media couldn’t just say the same. He had to qualify and equivocate. What’s so hard about just coming out and saying we support free speech and free expression of political or social beliefs?

Here’s the rundown, in case you missed it: 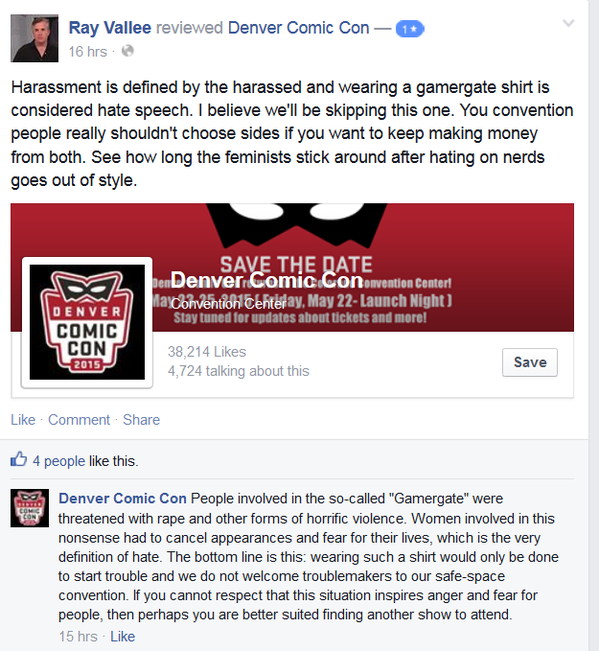 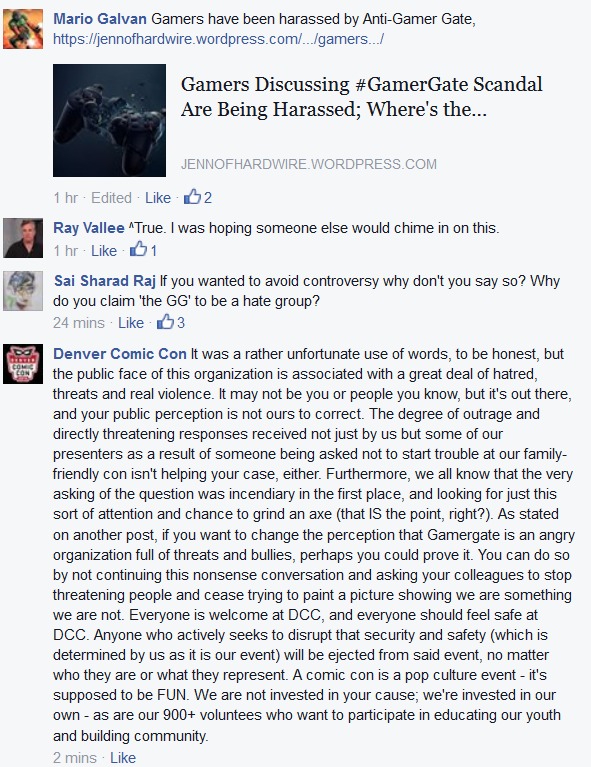 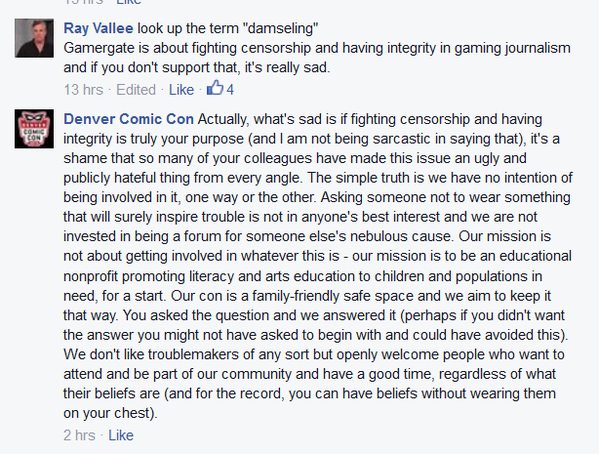 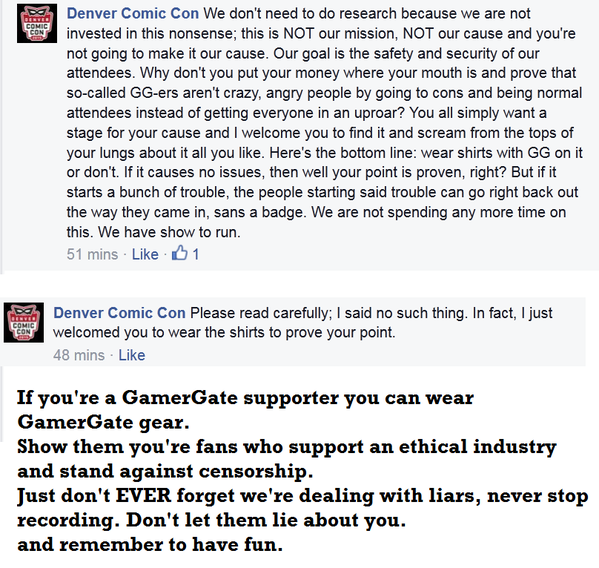 What the hell is wrong with these idiots who run the social media accounts? I guess it just flows from the top, judging by what’s happening when GamerGate shows up to conventions. Of course what he said makes no sense anyway. First they say no don’t wear the shirt, then they say yes wear the shirt. Then there’s something about “prove your point.” I don’t fucking get it. To me, it looks like they’re trying to keep their options open in case they want to kick your ass out. By keeping it vague, they’re able to muddle things.

But there was nothing vague about saying GamerGate was sending out death and rape threats. As we know, GamerGate has never actually been tied to any such act. We’ve seen third party trolls have a field day throughout this whole thing. I’ve been doxed, been hacked, had shit sent to my house…all kinds of stuff. Thankfully, that’s as far as it’s went. But there are GG supporters who’ve been swatted as well. There is no reason for our detractors, and the media, to keep repeating these lies…and yet they still do.

What to do in the face of these attacks? Go to the conventions, wear your GamerGate gear, and record everything. Get these fuckers on camera, and keep em there. It will be your only backup against their lies. As I just said, they don’t mind telling obvious falsehoods in order to smear our cause. They will lie about individual incidents just as quickly as they have about the rest. So be prepared.