First of all, Happy Easter to all the readers of TheRalphRetort.com. I’m waiting for my turkey to fully thaw before I slide it in the oven. Traditionally, most people cook a ham for Easter, but I’m trying to be healthier as of late. Plus, I missed out on that sweet Thanksgiving turkey, so, here we are.

Anyway, enough about my dinner plans. The real reason I came here is to talk about the violent sodomization Laci Green just experienced on Twitter dot com. Let’s do a quick run-through of the day’s festivities, shall we?

Friend of the site Margaret MacLennan (website) put out a tweet concerning the lack of an Easter doodle on Google’s homepage.

This led to certain edgy atheists getting their panties in a bunch, as you would expect.

Of course, this retard intentionally misunderstands the point of Margaret’s post, which is that Google is happy to suck off Islam, or whatever socialist icon did something on this or that day. But a simple graphic in honor of Easter, the second most important holiday for Christians worldwide, is something they didn’t feel was necessary to do. Yet, they do stuff like this… 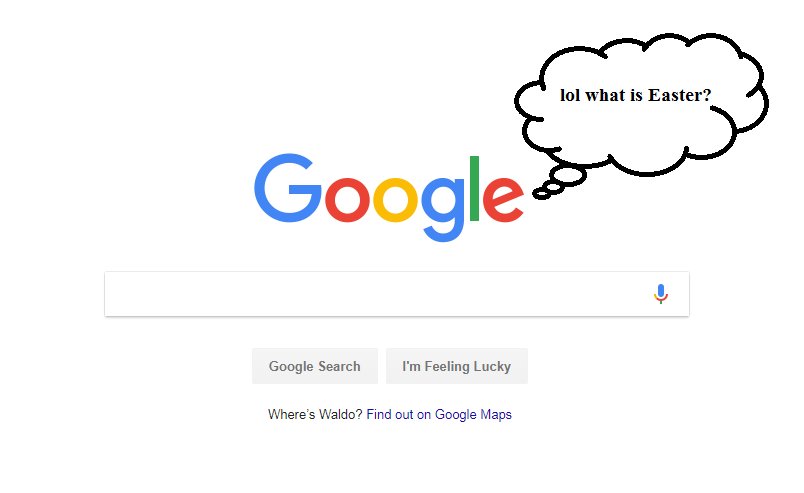 I think you get the idea. Fortunately for us comedy-loving folks, Laci Green did not.

google isn’t a church and not everyone is christian margaret

What an astute take from Laci! Google is not a church. So spicy! Still, I’m not complaining at all, because it led to this takedown from Ms. MacLennan, which is probably the best one I’ve seen all year.

I think it’s safe to say my follow-up tweet is 100% accurate.

An Easter Sunday Smackdown to go with the rest of the day’s celebrations. What could be better?