Feminism Is a Religion of Peace

Where do people get the “misconception” that feminists are a hate group? From observing feminists in action, of course.
Total
0
Shares
Share 0
Tweet 0
Pin it 0

Twitter feminists are especially great at displaying the true colors of feminism.

This story doesn’t need a lot of explanations as it can be visually understood 140 characters at a time. 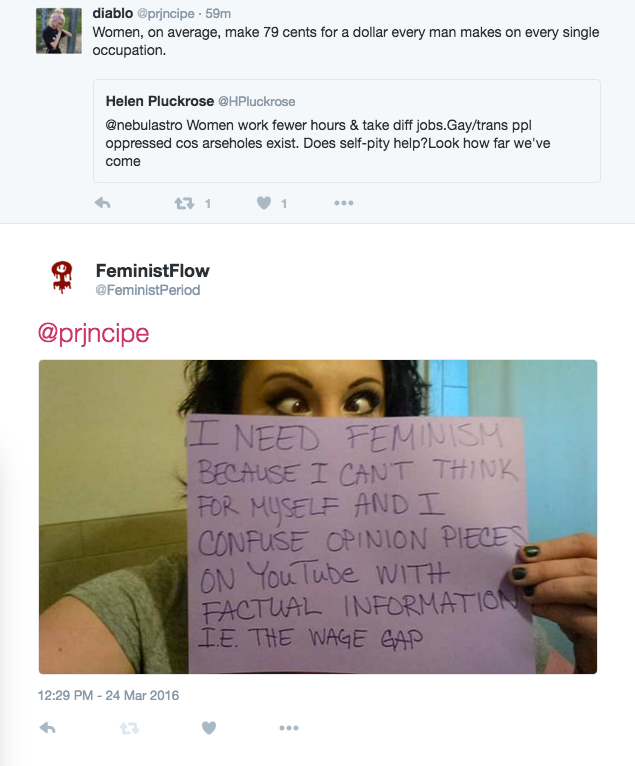 That’s all I posted, no writing, no insults, just a sign. Feminists love signs. They make some themselves all the time.

Not counting blocklists, this is my new record for the quickest block.

I’m always curious about the aftermath of a block, so I took a peek by logging out and checking the messages that her and her buddies posted on a public forum (Twitter). 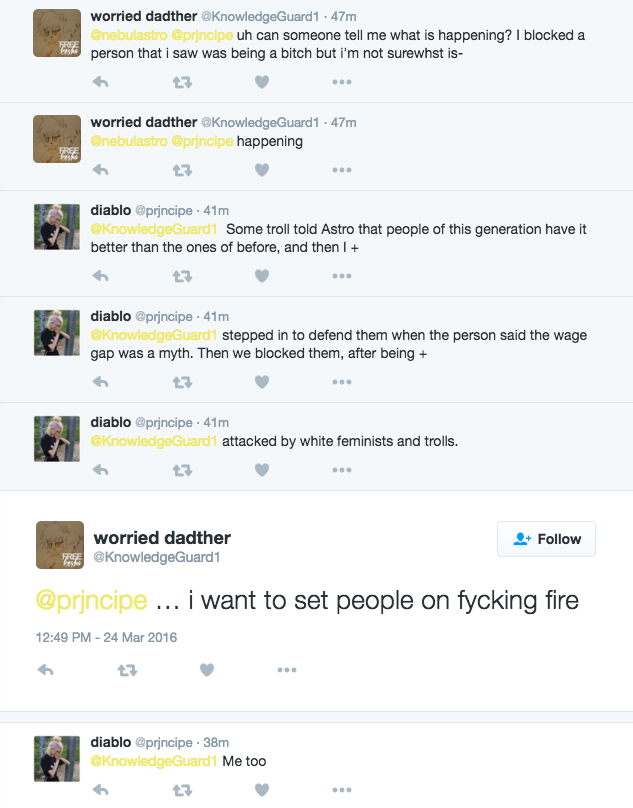 Apparently, contesting the wage gap is not just considered an attack and trolling now but also a justification to set people on fire. That gives me a better insight in the mindsets of the people that performed the terrorist bombings in Brussels.

Fun thing to notice, xe censored the word “f-ck” but deemed it OK to say they wanted to set people on fire. 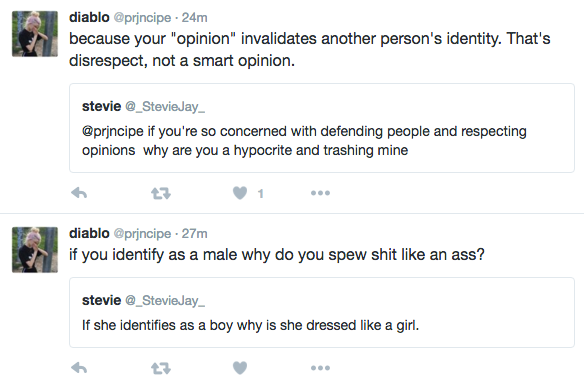 Nice to know that respect is so important to that person. It’s so important that opinions opposing xers is a good reason to want to set somebody on fire.

Remember: Twitter has a private mode if you don’t want to allow messages like this to be seen publicly. 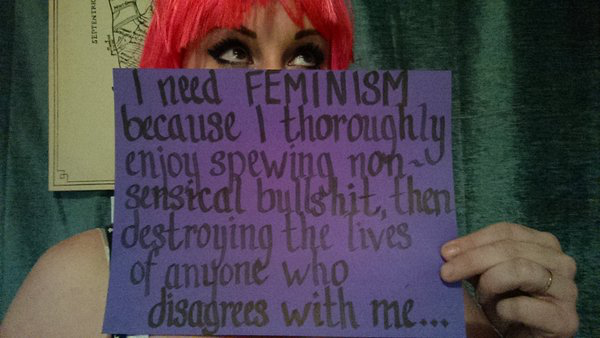