(English is second language, like me LOL, but it’s still quite coherent.)

I’ve heard stories about the infamous GamerGhazi subreddit, but they seemed almost unbelievable. I think you should always try to make up your own opinion, and not form it based on what others tell you. So, I went there and started to browse, saw this thread and started reading until I came to some comments about League of Legends…which is a game I’ve played since the end of season 1 now.

I also talked a lot about the toxic environment people face in the game with other players and did so for about 2-3 years, which made me reply to a comment about this very topic and explained my background followed by a list of things you could do in order to get a less toxic experience. Maybe I should have worded it that way and double checked my reply since I can see how one sentence can be misunderstood, but overall it should make sense after reading the list. If it was still unclear people could ask questions though, I didn’t see why I would need to spell it out, I mean, they’re not babies.

And this was my reply (feel free to use the advice) 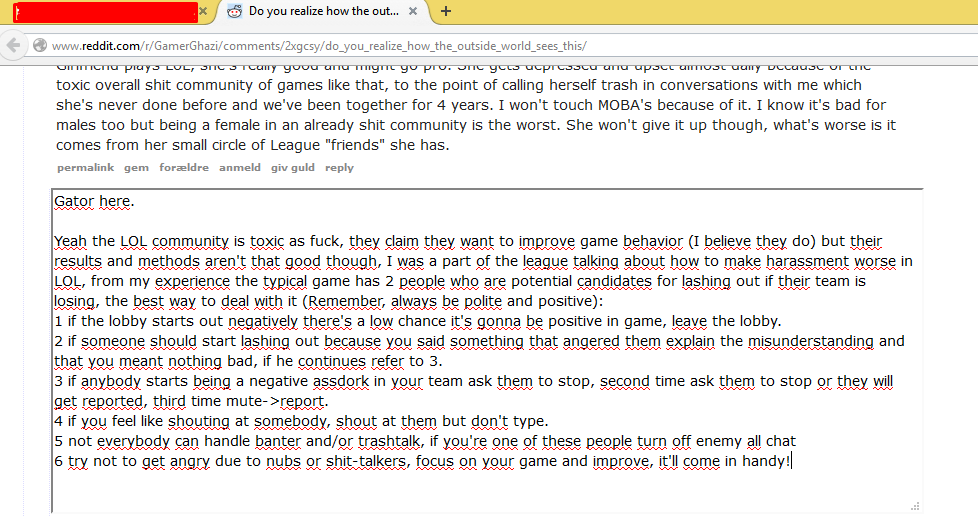 Or so I thought *laughs to self* what followed after was snarky replies and a ban (for “breaking” rule 5), for some general purpose advice on how to deal with toxicity in league of legends in a context that would be relevant for everyone coming across the list in a subreddit so heavily anti-harassment. I added some comments to them, trying to be funny because why the fuck not. 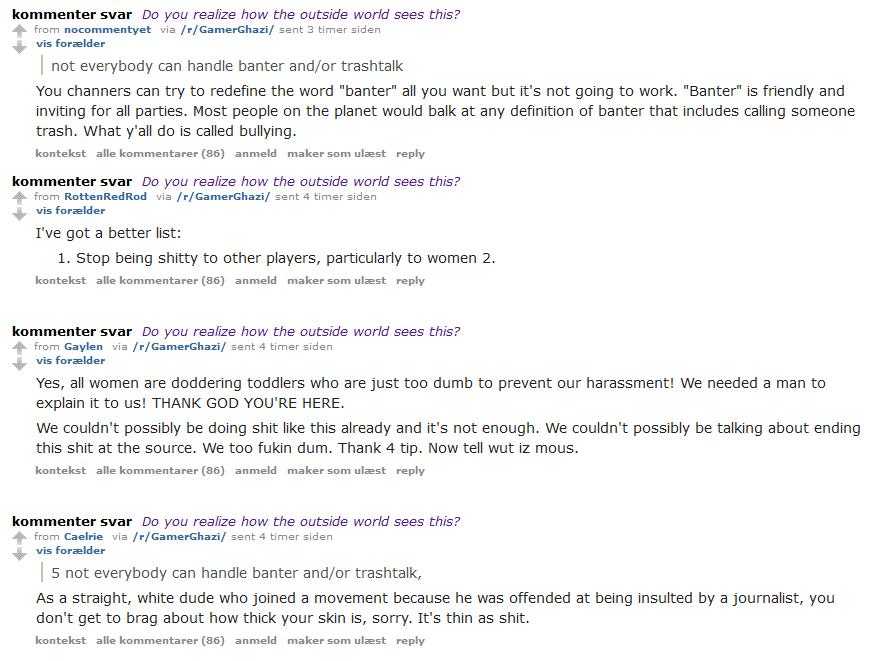 3. women aren’t toddlers? Then why did you 2 suggest that particularly women should not experience shitty behavior? I never disclosed my gender, but good news for all you women feeling like you’re a man trapped in a womans body, become a GamerGater and you will magically grow a penis while losing your breasts.

For a lot of people the episode is probably no surprise, but it’s a good way to show the hypocrisy of this subreddit, which is the only reason I decided to write this…as a way to give others a warning. If you’re looking for an anti-GamerGate subreddit I’d suggest /r/againstGamerGate, I won’t call Ghazi anti-gg (at least we can agree on that) I’d just call it crazy-town.