As I sat down to enjoy my leftovers today, I was alerted to a story about a female Australian video games journalist. It pretty simple. Basically, little shitstains send her rape threats and stuff like that, and instead of calling the police, she calls the perpetrator’s parents. Hilarity usually ensues, as they take off to discipline their child. It’s pretty funny, actually, and I was laughing when I read it. One thing I wasn’t laughing about, though, is how outlet’s like Gawker Media’s Jezebel, tried to tie the episode in as evidence of GamerGate harassment, despite her saying nothing of the sort.

Here’s the snippet in question, as well as the link to the article:

“Alanah Pearce reviews video games for Australian radio stations and television. She also has her own YouTube channel. She has received a number of threats on Twitter and Facebook simply because (this is a well-informed assumption) she’s a woman, though GamerGate probably has something to do with it…”

So, let me get this straight: there’s no evidence whatsoever that it’s GamerGate related, but you have a hunch it might be? More ace reporting from the rad fem freaks there at Jezebel. I’m glad to see Gawker Media has revamped their editorial process since their advertiser exist.  I guess this isn’t as bad as Raw Story, who put up an even worse fabrication: 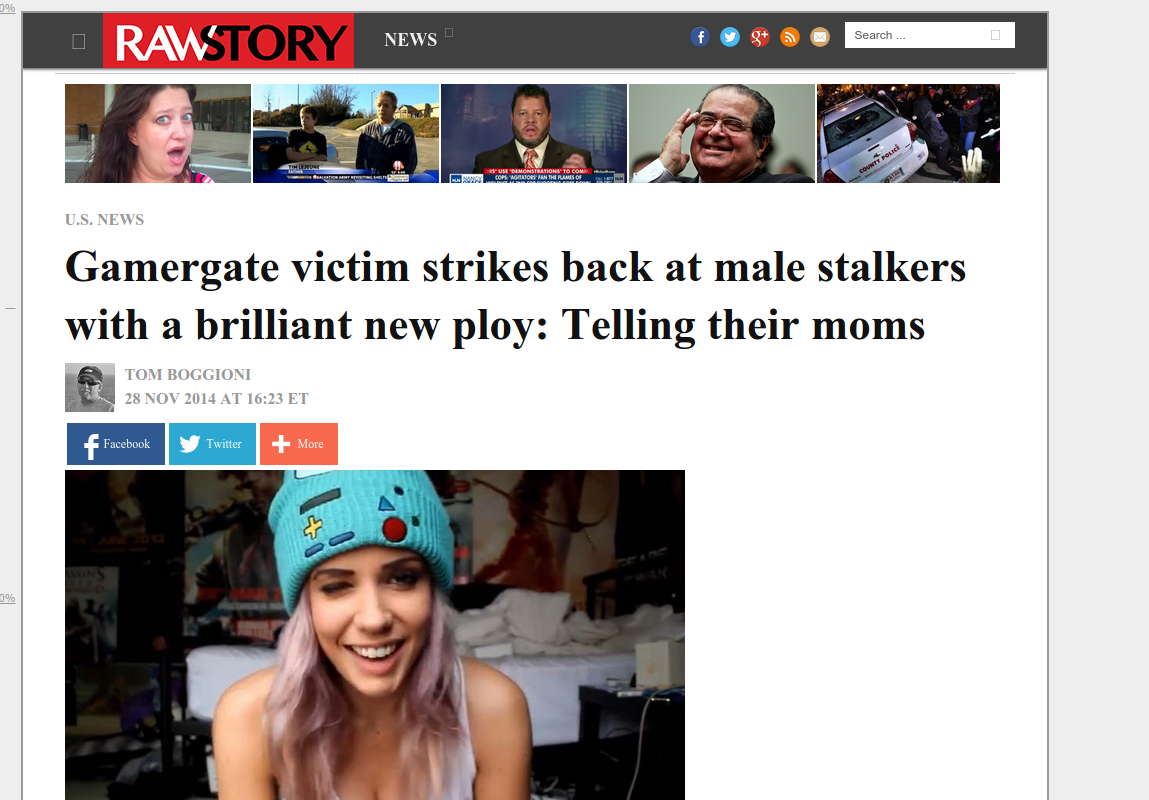 I guess it would just be better if you heard it from the sources mouth herself. She doesn’t feel comfortable tying this harassment in with our peaceful consumer protest. Huh, maybe she’s actually done some (GASP) independent research? Whatever the case, she’s not buying what these corrupt bastards are selling:

@Ectocooler_hi_c @BreakThe5thWall @Jezebel Yeah, I'm not comfortable suggesting that this is related to GG. There's no indication of that.

So, there you have it. Jezebel is still doing Gawker’s dirty work. It’s a sickening echo chamber with no ethical or moral standing, after their stunts over the years. This is only one more. It’s just additional evidence for GamerGate supporters to add to the advertiser emails. These people are actively lying the GamerGate cause, as well as prominent members. If we don’t speak up for us, no one will. Fuck Jezebel and their even more sickening imitators at Raw Story. They both deserve to be expunged from the Internet for good.