OK, let’s talk about that third-party troll shit I teased yesterday afternoon. The LIVE show got in my way, but that’s fine, because I had a great time doing it. Still, it’s time to get back to business: writing hits here on the site. Let’s just get right down to it, since I can’t think of anything else to say here in the intro. I know. What a rarity!

Anyway, let’s talk about someone who will no doubt get some sick thrill out of even being mentioned here on the site. Why? Because his life is honestly just that pathetic. Still, I wouldn’t even type this up unless it connected in with the baphomet trolls and what happened on Saturday. But before I get to that, let’s get to know “Kacho” or Tim, or whatever the fuck his name is. For starters, he likes to use suicide as a rhetorical device:

This is when Tim Schafer made the offensive sockpuppet joke. I was a bit upset myself, but I didn’t spend all night telling everyone how I was gonna kill myself. In fact, Kacho spends most of his waking hours on Twitter doing this: 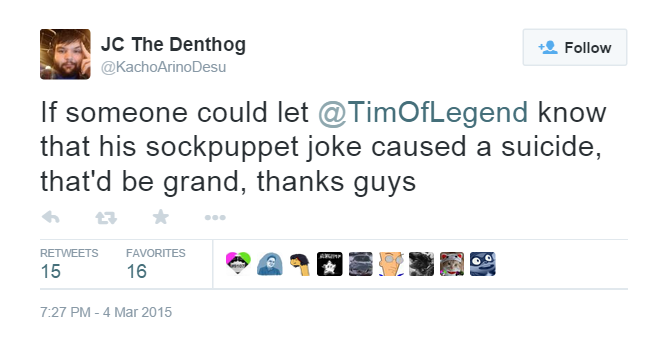 In case you think this is an anomaly…it isn’t: 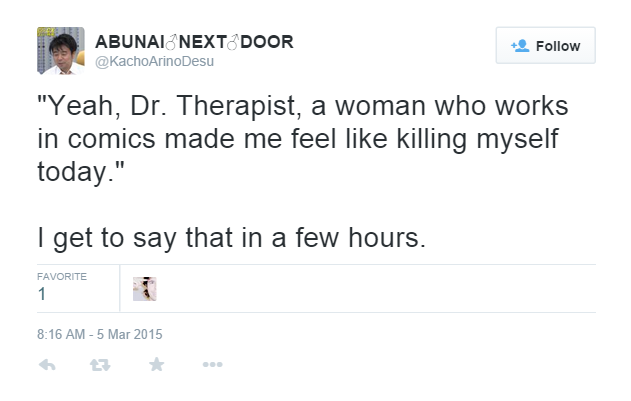 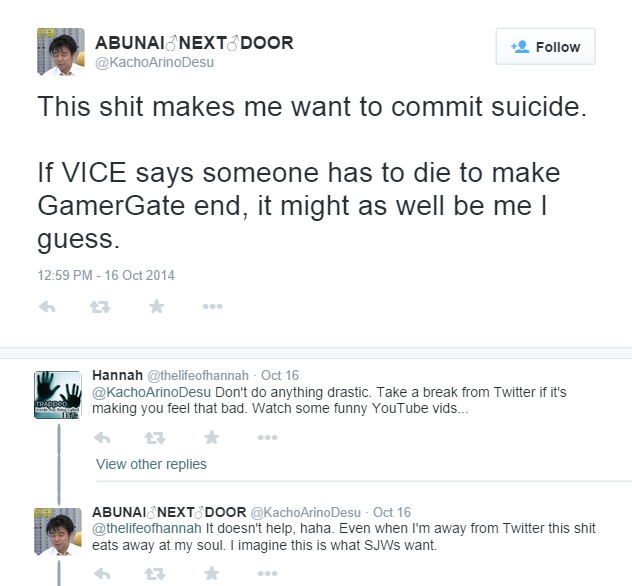 Basically, it’s all part of his act. He uses this tactic to deflect criticism. This is enough to convince some mentally disturbed idiots, unfortunately: 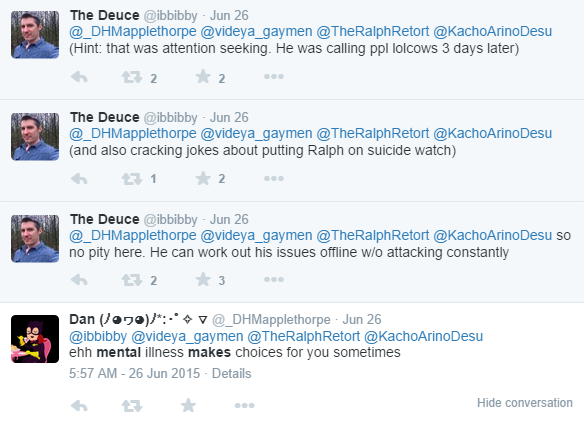 Kacho stalks the GamerGate tag daily and snipes at people for no reason. He’s a nobody, of course, so most of you probably don’t even know him. I apologize. But now there will at least be a record for people to point to. This guy is scum of the highest order. He tried to raise money for his college fund last fall, but since no one ever liked him, he failed. But what did he turn around and do? He made fun of someone else who was raising money for health reasons. Maybe if he wasn’t such a shitbird, he could have gotten a loan to go to school: 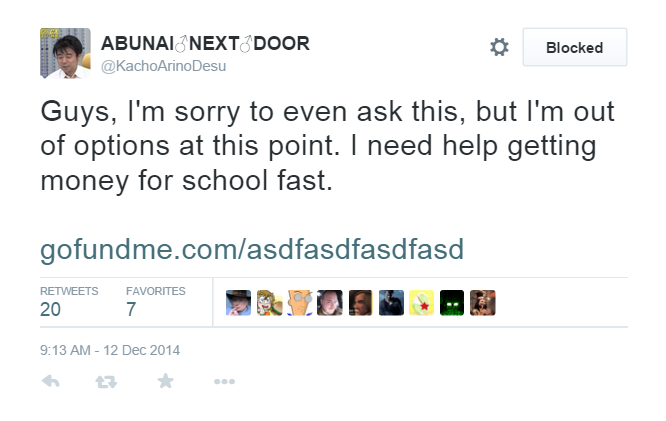 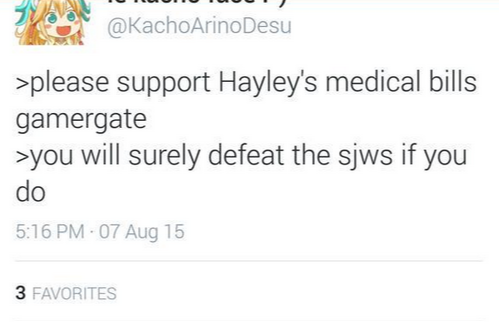 So a person like this, who is supposedly suicidal, thinks it’s OK to attack a person who is ill when they tried to do the exact same thing themselves? This, my friends, is a hypocrite of the highest order. I know this freak is unknown outside of Twitter (and only barely known there), but still. People like him need to be exposed. By the way, here’s a handy little meme for the occasion:

Also, you would think that someone who was so depressed wouldn’t be eager to call in the baphomet scumbag Vince, and try to get him to fuck with someone’s life. But, that’s Kacho. Scumbag until the very end:

Here’s the original tweets Daddy Warpig sent out, along with all the condemnations from GamerGate members in the SPJ livestream chat:

Now look at how the piece of human garbage Kacho reacts to this. Keep in mind, he used to support GamerGate, but he got his panties in a bunch when no one would listen to him. There’s a very good reason for this. He claims to be some kind of writer or pundit, but he never actually does anything. Well, I take that back. He does sit on Twitter all day and cry like a little bitch about GG. 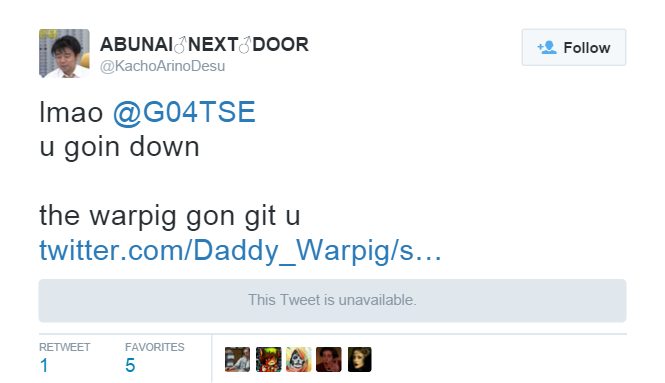 Before we go, let me give you a little anonymous testimony on the guy. Not only has he been alleged to have threatened suicide over a woman not sending him nude pics, he also seems to be quite jealous of the SJWs who are able to make an easy profit. I guess actually working for your money is a foreign concept to losers like Kacho: 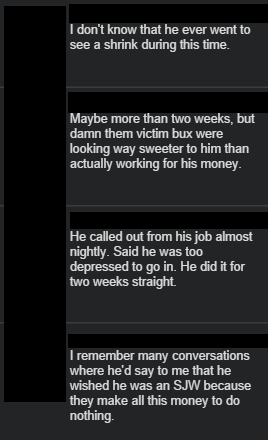 Well, maybe Brianna Wu can throw some tips your way, Kacho. Or your good buddy Margaret Gel can show you how to be a better phony..although her shine has definitely decreased over the last week or two. We’re getting ahead of ourselves, though. That’s for tomorrow.