It’s the weekend, as you’re hopefully aware of by now. This is the time I usually catch up on some of the stories I missed over the week, so let’s go ahead and get started. The other day, Kotaku chief Stephen Totilo made a post on Facebook about the Star Wars: The Force Awakens spoilers that have been flooding their posts. I also got spoiled, since I’m on the internet so much nowadays. I wasn’t that thrilled about it, obviously. Still, the movie unfolds in a way that makes those spoilers almost irrelevant. What I mean is, you can see them coming from a mile away, and the first spoiler is pretty much revealed 15 minutes or less into the movie. Also, The Force Awakens is so good that I didn’t give one single shit. Even if I did, I wouldn’t make a big deal about getting spoiled. You will not find a more anti-spoiler person than me, but what can you do? Once it happens you can’t go back, so crying like a little bitch is pointless.

OK, I shouldn’t say pointless, since it does give us a good opportunity to show you just how fucking dishonest and scummy Gawker Media is. Here’s the post from Totilo: 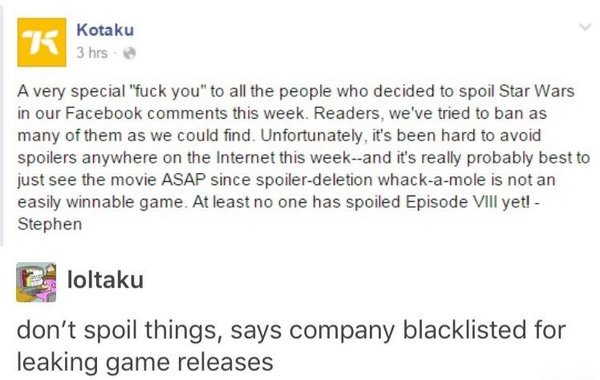 Exactly. Before we even get to the Gawker part, Kotaku themselves have been in deep shit over this very thing. What makes games any different from movies? This is a video gaming site, mind you. You would think they have some respect for gamers. Well, if you haven’t read this site for the past year, you would. (Spoilers Below) 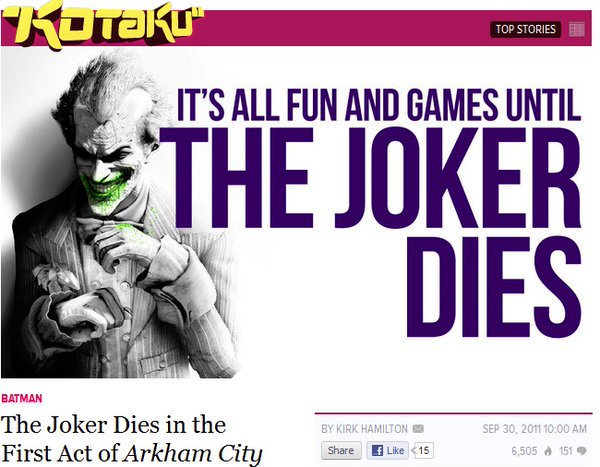 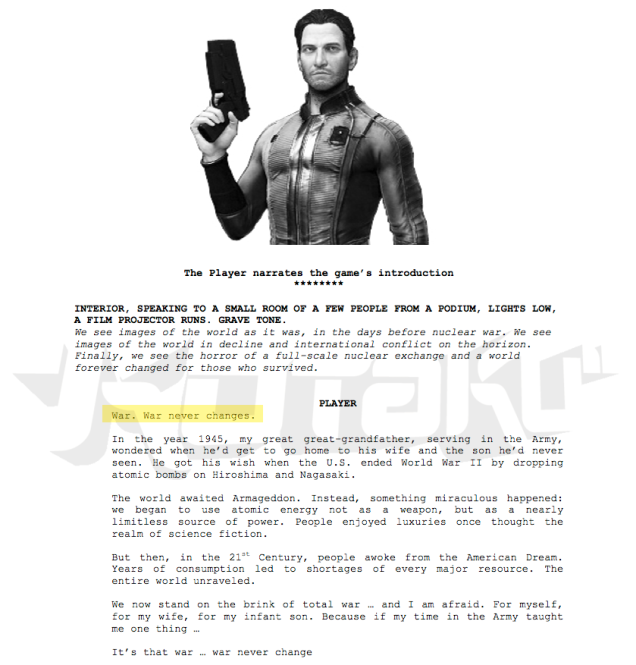 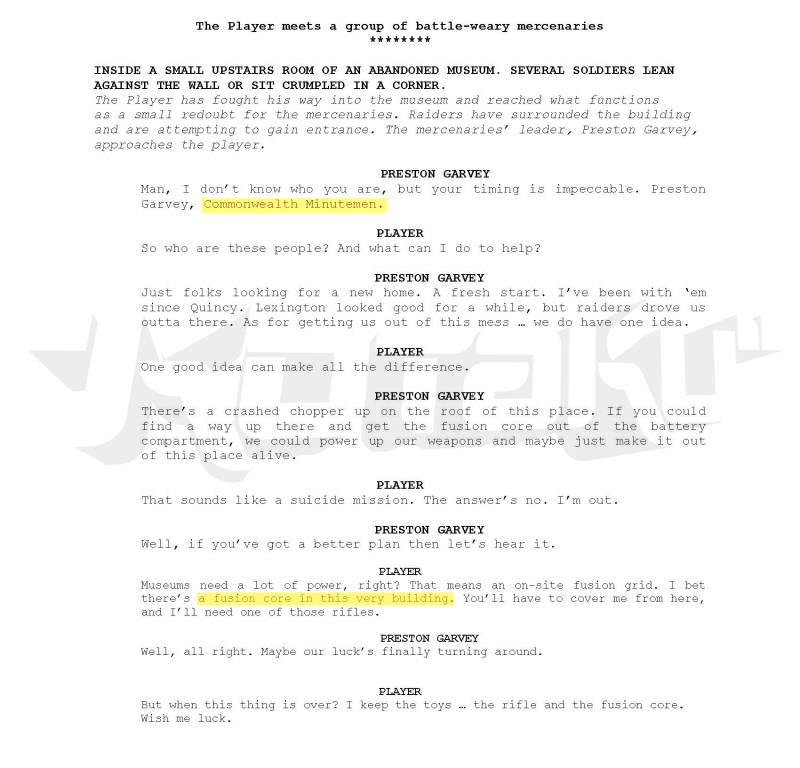 Yea, Kotaku is super concerned about spoilers, aren’t they? Fuck off, Totilo. Not only that, the Gawker site itself was trying to purchase a Force Awakens script so they could presumably do the same thing as Kotaku did with Fallout 4. The whole operation over there is filled with nothing but scumbags and liars.

So you have the Star Wars: Episode VII – The Force Awakens script (from any draft stage!), a portion of the script, or know someone who does have the script, we want to hear from you. And depending on what you have, we’re willing to pay cold, hard cash. Or we can warm it up first! Whatever your preference—we’re here to serve.

We are not endorsing acquiring the script by any illegal means. Illegal things are bad! But if you are already in possession of the script and feeling frisky, let’s chat.

You can email me here if you’ve got what we’re looking for. And JJ Abrams, no need to feel left out—this offer extends to you as well. Call us.

Just more bullshit from Mr. Totilo and Gawker Media. By the way, my review of the movie will be up later today. Needless to say, I really enjoyed it, but I’ll go into more detail later. I’m also eager to hear what the comment section thinks about it as well.