LIFE COMES AT YOU FAST: Berkeley Antifa Chick Who Got Socked Said She Would “Bring Back 100 Nazi Scalps”

Remember the chick who got her ass handed to her in my last post? In case you don’t, start here…

There’s about 300 other memes about this that I’ve seen. Here’s a couple more:

So now we have this Punch a Communist in the face meme floating around. #berkeleyprotests pic.twitter.com/19atL33nQn

Normally, it’s sad to see a female catch a Mike Tyson-like blow to the face, but there’s a few points to make here. One, she put herself in the middle of a fight, which was very unwise. Two, she was arguably making aggressive moves herself, which would make the dome punch she received self-defense. And three, she went there to “bring back at least 100 Nazi scalps,” according to her Facebook. In other words, she went looking for trouble and she found it. 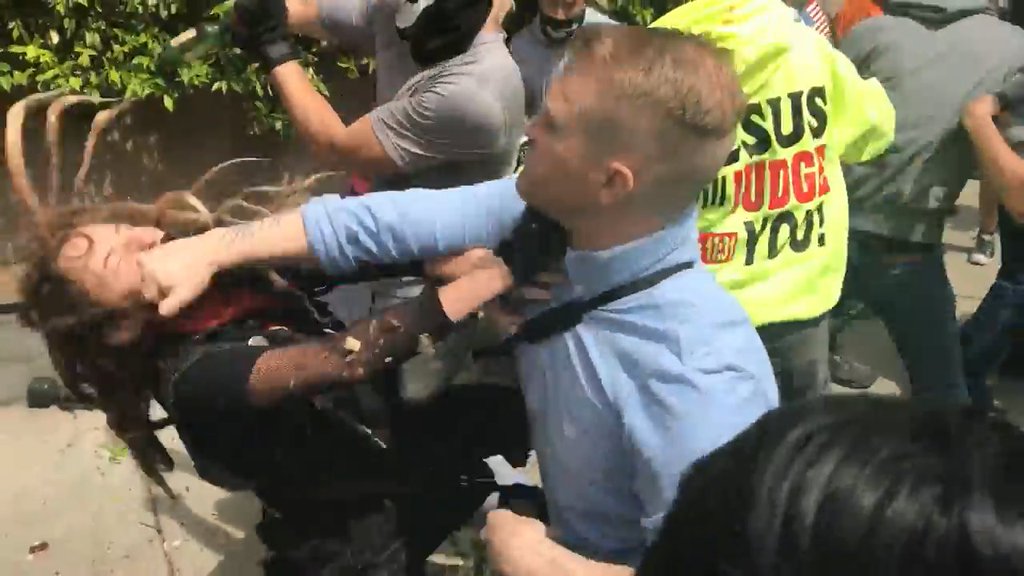 It appears to be especially hard for you, lady.

UPDATE: Oh, and there’s this…