I just got through watching the first official White House Press Briefing from incoming Press Secretary Sean Spicer. To say it was a beatdown of the press would be an understatement. He blasted Zeke Miller of Politico, and by extension his colleagues, for putting out a tweet last night that claimed a bust of Martin Luther King Jr. had been removed from the Oval Office. It actually hadn’t been, and to Mr. Miller’s slight credit, he did revise and apologize for his mistake later on.

Another topic on Spicer’s agenda was the misrepresentation of the crowd size at yesterday’s inauguration. Yes, it was smaller than Barack Obama’s in 2009. I don’t think any rational person would dispute that. However, Obama was the first black president in the history of the nation and Washington D.C. voted for him by an overwhelming margin. Not only that, DC is surrounded by Democratic voters, and as such, it’s reasonable to expect more of them to turn out when a Democrat is being sworn into office. 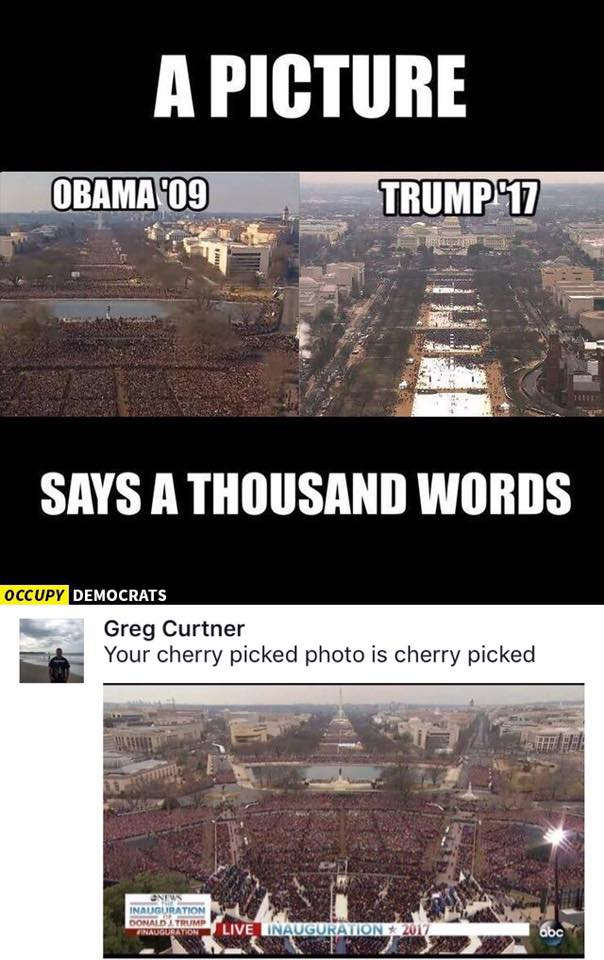 But the thing that amused me most from the presser was not the actual content. It was the way it was belligerently delivered by Spicer. And when he was done, he simply walked out and refused to take any questions from the assembled media. Many members of the press were outraged at this. I could do nothing but laugh. They’ve spent all day hyping up this “Women’s March” in pure propaganda style and they expected Spicer to laud the protests, or something. Why would he? Of course people have the right to peacefully protest if they so choose, but the White House is under no obligation to praise them for it.

ABSOLUTELY NO COMMENT from Spicer on the marches around the world and the country.

Remarkable for the WH not to acknowledge the hundreds of thousands of Americans demonstrating around the US – including in the WH backyard.

I might have something more to say about these marches later tonight. But I get paid to write about the news and so I pretty much have to. President Trump and his staff do not. Snowflakes have been put on notice. There’s a new sherriff in town. He’s not in the mood to take the media’s bullshit lying down. In fact, Spicer himself put the media on notice towards the end of the press conference.

If you’d like to watch the entire briefing for yourself, follow this link. It won’t take much of your time to watch this destruction.