On January 21st, 2015 a petition was issued on communityrun.org that called for Adam Baldwin to be banned from an Australian expo. In two days, the petition gathered 4.147 signatures (as I am writing this). The petition states that Adam is involved in “numerous” cases of harassment toward women (but again, driving a woman out of Twitter by doxing her is okay if you are the GOOD “GUYS”). The letter continues by insinuating that Adam doxed Chelsea van Valkenburg/ Zoe Quinn (oops) and John Flynt/Brianna Wu (Oops I did it again!) by sharing a video. In reality, his only crime is supporting GamerGate (You can read the petition here).

Obviously the SJWs vultures didn’t wait too long before starting to write about it. Our genius at work. Ben Kuchera, took advantage of the situation by being a fucking hypocrite by “not asking” people to sign the petition. 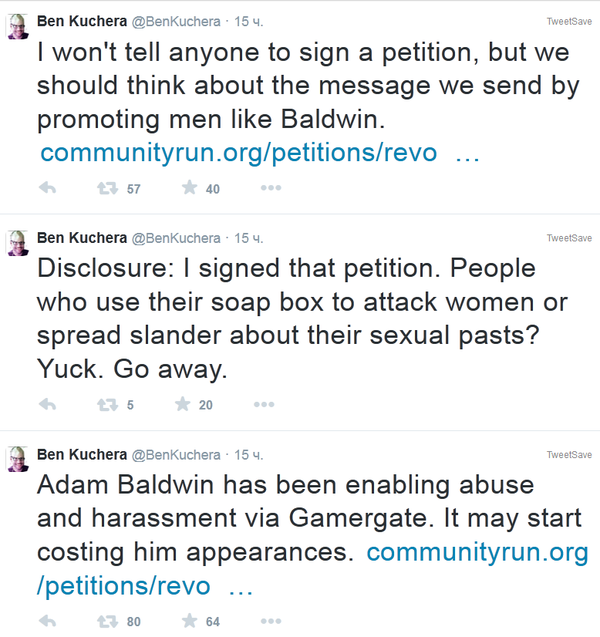 The petition was noticed by the expo that almost immediately made a statement: 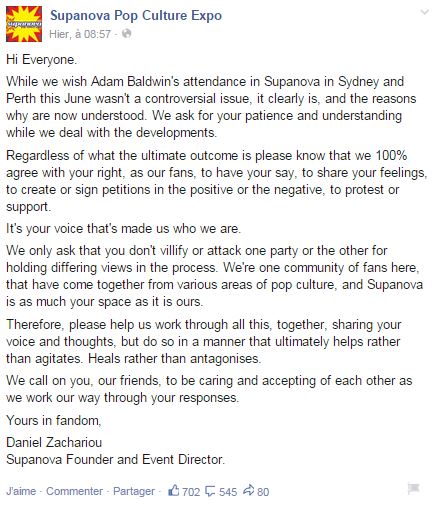 What happened is that they obviously noted that some people were unhappy about Adam’s attendance of the expo but also asked people to not attack anybody (which they obviously failed to do if you read the comments…remember, if you want to support Adam post a comment but don’t be stupid. Be polite and don’t stoop to the SJW’s level; it will only help them and harm us).

From what I understand they will investigate and decide if Baldwin is still invited to the expo or not. So we have to give them time.

Not so long after the petition and the expo’s response, pro-GamerGate decided to act and issued their own petition (which I obviously signed. I invite you to do the same).

Adam Baldwin going to the expo became suddenly important to me for several reasons. First of all, if it pisses off anti-#GamerGate, it makes me happy. Second, this petition is full of lies and the author did not bring any evidence (the video is not linked and no tweets are showed to defend their stances, it’s typical).

I contacted Supanova Expo to know if they could make a statement regarding the situation. Here’s their response below:

And the final reason is the same reason why I joined #GamerGate: They act like the Grinch who stole Christmas. They didn’t like the video games already existing? Well let’s ban them instead of making our own! They don’t like Adam Baldwin? Let’s ban him from conventions!!

Remember that if it happens not only will it piss us off, but they will also harm the fans of Firefly. There are people who love Firefly and at the same time don’t know (or care) about GamerGate. And because of some never-happy people, Firefly’s fans will be penalized and won’t be able to see someone they like and share a few words with him. That said if Adam would eventually be banned from the con I am sure there would be a huge reaction from fans and I am myself ready to talk about it on every Firefly/Serenity discussion board I can find (because seriously those guys are hardcore; its 2015 and some of them are still rightfully complaining about the cancelation of the show).

Now we have to wait. This story could set a major precedent. If it happens, then we’ll have proof that spoiled children can ruin everything, and impose their pro-censorship ageda on the rest of us. If he’s not banned then it’ll mean that they have no power against us anymore, and “that’s best for business.” 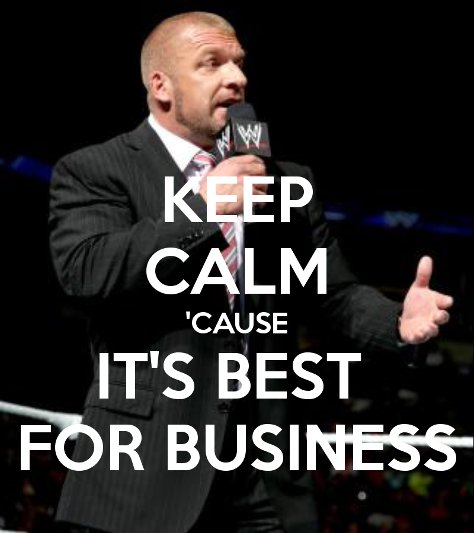