TERRORISM: Veteran Has His House Burned & Sprayed With Anti-Trump Graffiti

Sometimes people get a little hyperbolic when describing an attack as terrorism. But you can’t describe something like this as anything other than terrorism. A veteran just had his house torched and sprayed with graffiti…all because he supported Donald Trump. If this had happened to a Hillary backer, you would never hear the end of it. Don’t count on the “progressive” media spending much time on this one, though.

A young couple and their two children are homeless today after receiving a call overnight that their home had caught fire and been vandalized with anti-Trump graffiti.

The investigation into the fire is ongoing, and the fire department has not released information as to whether the graffiti and the fire are related. But the homeowners spoke with FOX 13 about what happened…

“It’s very devastating to get a phone call from your friend across the street at three in the morning saying your house is on fire,” Brittany said.

The Smith’s two young children, a boy and a girl, were with them. When they got home, the couple says they found their home ransacked, with anti-Trump and racist graffiti spray painted on interior and exterior walls and furniture.

Luckily, no one was home at the time of the fire.

Matthew is an avid Trump supporter, and a veteran of the U.S. Navy who served time on a submarine. Navy, POW, and American flags are displayed in front of his home.

Brittany told FOX 13 that they did not have any Trump signs on their lawn and were not vocal about their views in their neighborhood.

“We got along with people,” said Brittany. “So this is odd.”

Well, unfortunately it’s not all that odd these days. The left has stepped up its violent attacks in the face of Trump’s election, all the while portraying his voters as some kind of modern-day crew of Brownshirts. The cognitive dissonance is staggering, but if you only read The Atlantic, Mother Jones, The Huffington Post, etc, then you might actually believe this narrative. It only takes a small amount of digging to see that it’s complete bullshit, however. 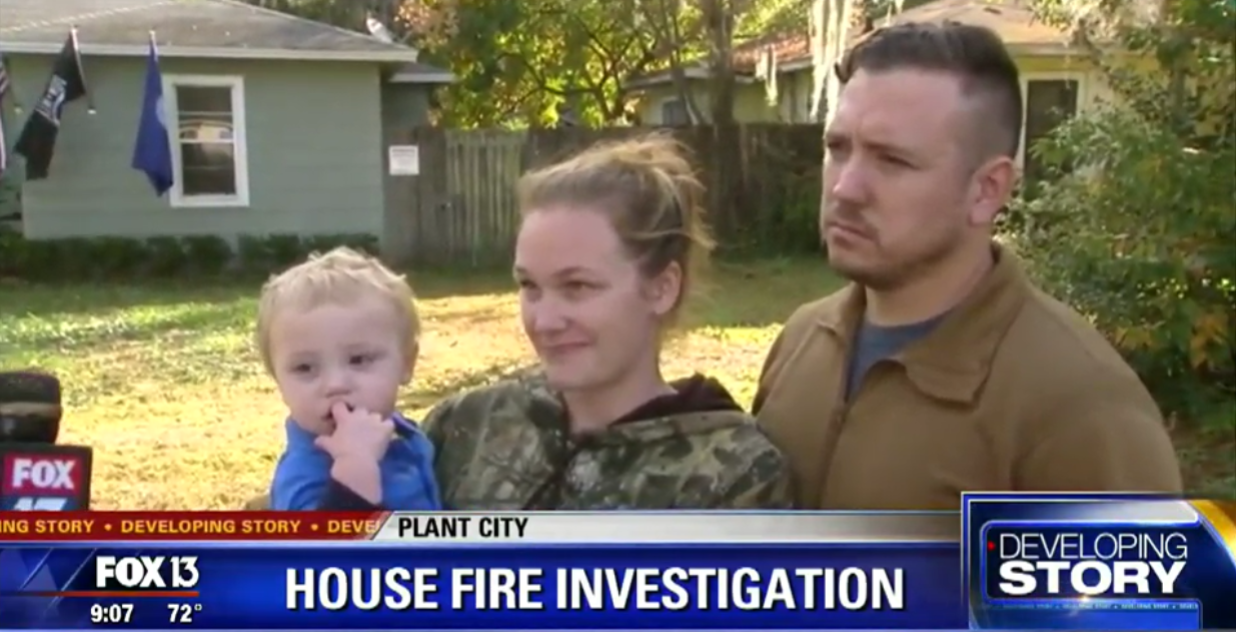 I hope this man and his family are able to recover from this brazen act of political terrorism. Trump supporters have shown themselves to be extremely generous in the past, so I imagine these guys will be receiving lots of assistance.