Zoe Quinn: “Depression Quest Dead in the Water Without Grayson”

I’ve mostly stayed away from the notorious “video game” developer Zoe Quinn. She’s a hot topic, and guaranteed traffic, but she’s also radioactive. Every time GamerGate criticizes her, the media has a tendency to portray it as harassment, or everyone ganging up on poor Zoe. I do believe that she’s suffered some harsh treatment on social media networks, and has had real life incidents as well. I accept all that. However, that doesn’t exempt her from criticism. That doesn’t mean she’s allowed to collude with her buddies to push a shit game onto the gaming public, and inexplicably ride that game to fortune and fame.

That’s been the crux of the GamerGate complaint all along. But we’ve never been able to pin the accusation down. Somehow, she keeps slipping through our fingers. Actually, it’s something that’s almost admirable, in a twisted sort of way. No matter how many lies she tells, no matter how many dirty deeds she does, she’s still portrayed as some kind of mix of Madonna, and Mother Teresa. It’s maddening, and wrong.

Zoe’s always refused to go into her personal life. Fair enough. But it’s public record that she and Nathan Grayson had a sexual relationship in April of this year. Grayson wrote a story about Zoe’s Game Jam on March 31st. This is how Stephen Totilo described the relationship between Zoe and Grayson during the reporting of that story:

“At the time, Nathan and Zoe were professional acquaintances. He quoted blog posts written by Zoe and others involved in the show. Shortly after that, in early April, Nathan and Zoe began a romantic relationship.”

Professional acquaintances don’t usually get thanked in the credits of someone’s game though, like Nathan was in Depression Quest. Here’s a screenshot of the HTML code (dqfinal.html) from the Depression Quest site:

This game would have been dead in the water months ago without you all. – Zoe Quinn

In case you think that’s late evidence, here’s a screenshot of the root directory, showing it hasn’t been changed since February 2013. And this is an archive link proving all this as well. 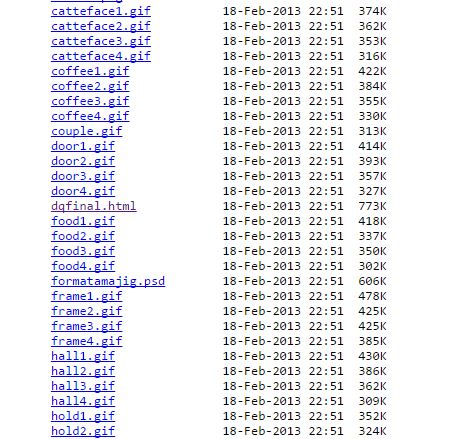 So, we have incontrovertible proof that Nathan Grayson was an intimate of Zoe Quinn, at least all the way back in early 2013. And, it only stands to reason, that he actually knew her a lot longer than that. Afterall, you don’t thank someone you just met in the credits of your game. Oh, and just in case you didn’t think the HTML evidence was enough, here’s Grayson listed on MobyGames on their Depression Quest page as well.

Also, don’t forget about his RockPaperShotgun article, which called Depression Quest  a “powerful Twine darling,” and spotlighted it on a list with 49 other games on it. The image of the article is from Depression Quest, and the first game he talks about is Depression Quest. This is the corruption that we’ve been saying was there all along. The root cause of GamerGate has been vindicated, as Grayson has shown to have VERY DEEP ties to Quinn and DQ, and also used his clout at RPS to push this game onto the public. If that’s not corruption, then I don’t know what is.

I think that Stephen Totilo, and the management there at Gawker Media have some thinking to do. Because I’m not sure how they plan on spinning this one away. Their claims up until now have proven to be lies. They’ve smeared a whole lot of good people that I care about, and that’s GamerGate. It’s one of the worst displays of contemptible malfeasance I’ve ever seen in my life. But at least they aren’t alone. The rest of the media has a lot of apologies to make as well.

Oh, and special bonus: You know who else was instrumental in the making of Depression Quest, and also credited? Yep, our old friend Ian Miles Cheong.

UPDATE: While trying to slam me on Twitter, Zoe Quinn slipped up and admitted that Grayson was also a beat tester for Depression Quest (more involved than we previously knew).

UPDATE 2: These guys keep killing themselves. Now Grayson tries to say he wasn’t a beta tester…and didn’t work on the game…despite admitting working on the game in that very same tweet. More brilliance on display.

FLASH: Zoe and Nate can't keep their stories straight. Now he says he wasn't a beta tester. Which is it? #GamerGate pic.twitter.com/wYqrGXj4N0