If you’ll recall, yesterday I did a report on the rad fem mob that ran Joss Whedon off Twitter. In case you missed it, some on the other side tried to say this was a willful misreading of the situation, despite the reams of evidence showing my piece to be correct. Well, now even their mainstream media allies have decided to tell the truth for once. Other notables who are usually on their side are calling bullshit on the personal attacks leveled at Mr. Whedon. Every word I wrote has been vindicated.

Take a look at the Aussie press: 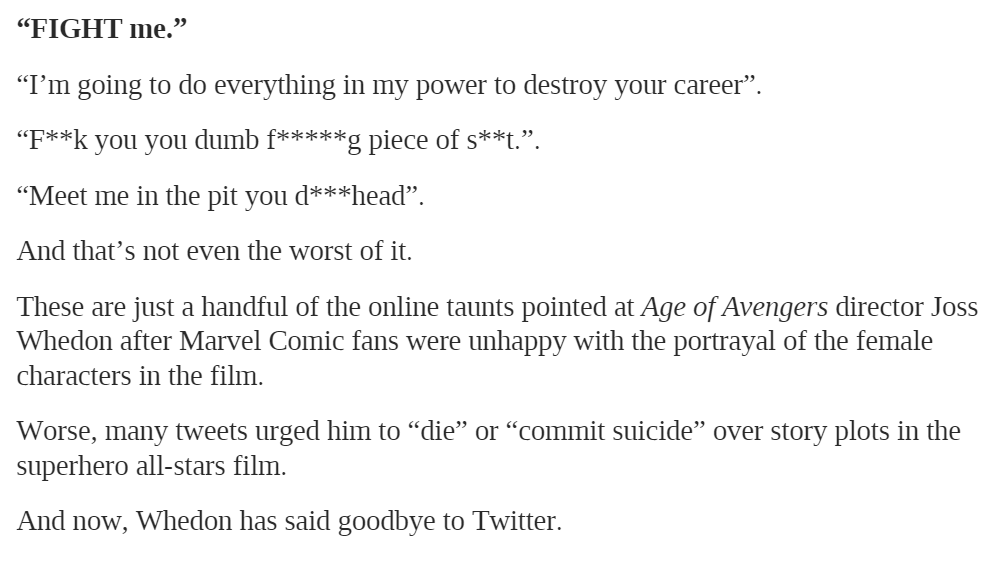 What about the BBC? 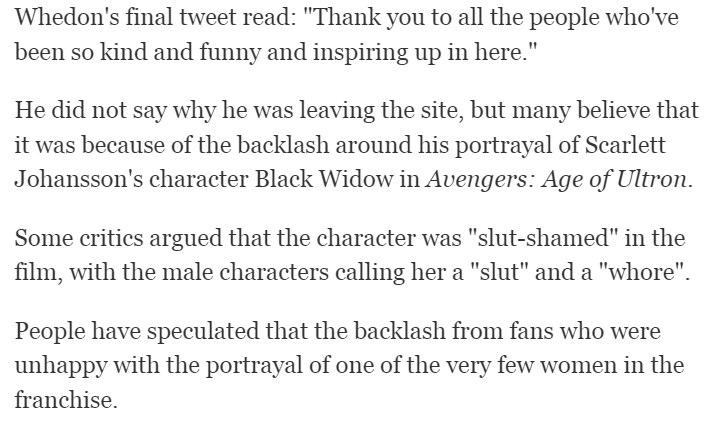 It’s better that these scumbags came to the party late rather than never, but consider who’s being targeted. It’s their golden boy Joss Whedon. They didn’t step up to the plate back when we were being smeared. Hell, we’re still being trashed daily, and they say nothing. Whedon gets one or two days worth of nasty tweets and suddenly it’s an emergency. Don’t get me wrong, I support him here. But it’s still kinda fucking rich.

Speaking of rich, here’s Patton Oswalt decrying the same mob he supported back in the fall:

James Gunn, director of Guardians of the Galaxy, also had a very valid point to make:

Most of you are aware of this, but anyone who urges a filmmaker to kill himself over a movie plot point needs to seriously examine his life.

So, the mainstream overlords have spoken: the SJW Hate Machine has finally gone too far. They took the guy who made Buffy off Twitter. One can only hope that this same bunch will call out other rad fem missteps in the future, but I wouldn’t hold my breath, count my chickens, or whatever other cliché you can think of. They proven this over time. But still, it’s good to see our adversaries called out, for once…even if it is ultra-rare.