I haven’t had a chance to write a follow-up to my Jace Connors story from the other day, but if you saw the update, you know the story is now confirmed. Jan Rankowski admitted that Jace was an act, and he even did a live stream earlier tonight where he took questions from his fans and other interested parties. I only got to see about twenty minutes of it, due to Arrow considerations (girlfriend lol, plus I love the show). But during that time, I saw no evidence that he was under any type of duress from 8chan, GamerGate, or anywhere else. He seemed as calm as could be.

The media have been busy repeating his lies for the last several days. Most reports just took his statements at face value that he was now being harassed by GamerGate. I don’t know about you, but if I had just gotten trolled on the level that Jace trolled the media, then I would be a little reluctant to push his lies out yet again. But we’re dealing with corrupt journos here. Anything that fits the “GamerGate is bad” narrative is good. 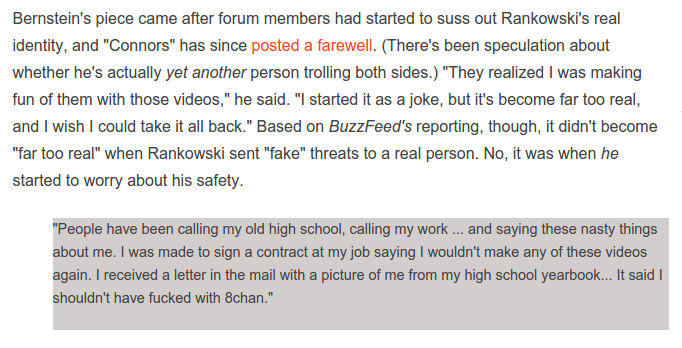 Here's Wu admitting that she tried to fool everyone with a fake restraining orderhttps://t.co/3l2x0z61ql#GamerGate pic.twitter.com/ogVnuvpFln

The New York Post wins the award for most disconnect from reality, though, I think: 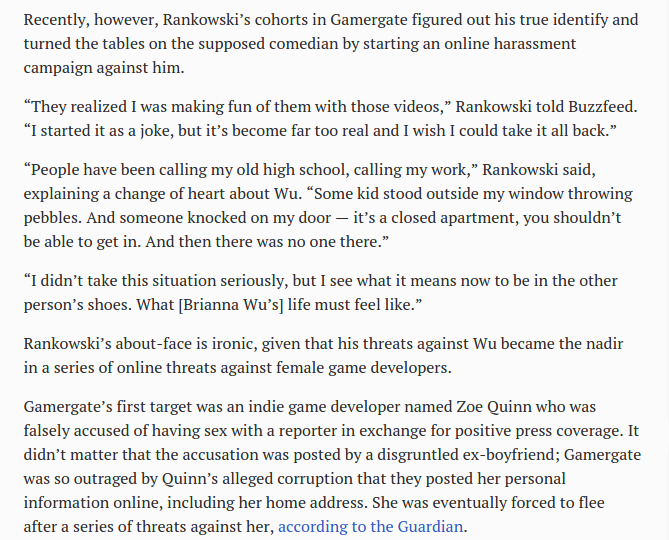 Jezebel had an article on it as well, but they just repeated the same claims as everyone else. They also had an interview with Wu, who is of course trying to take it even further now: 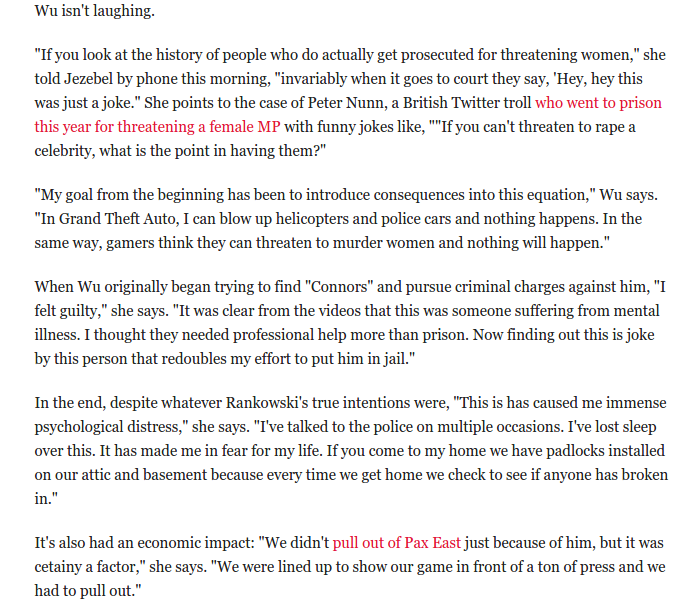 None of these outlets ever questioned Jace’s allegations against GamerGate, despite the fact that’s he just got through peddling false allegations. The level of incompetence/corruption here is almost unbelievable. That’s until you remember that you’re dealing with the lazy and corrupt mainstream media.

Before I wrap this up, take a look at a clip from the end of “Jace’s” livestream tonight, collected by my friend Black Face Kermit. I’ll put the full stream here once it’s uploaded. Also, Kermit told me that he missed the very last line when recording (but he told it to me), which should put this thing beyond any shadow of a doubt: this guy was trolling the media…again.

.@GeekVariety I was told it's gonna be uploaded to YTube. At the end he apologized to Wu and said she's "a stronger man than me." LOL troll

UPDATE: I still haven’t seen the original stream uploaded, which sucks. i really wanted to hear that “she’s a stronger man than me” line. But, he did do a “POST-FINAL” stream, so here it is.