I woke up today, did my usual rounds on Twitter, and caught up on the news. In the midst of that, I was sent a juicy Facebook leak from an associate of mine (who’s fucking awesome, by the way). It concerns our oldest friend Leigh Alexander, and also has some shots at The Escapist from former editor-in-chief (and Polygon co-founder) Russ Pitts. More unprofessionalism from the SJWs? Color me unsurprised. This first story will deal with The Escapist leaks. I’ll have the second part later on this afternoon.

First, let’s take a look at Emily Gera, who I didn’t name in the open. She works for Polygon, and is their “Senior UK Reporter.” She also took a huge shit on The Escapist: 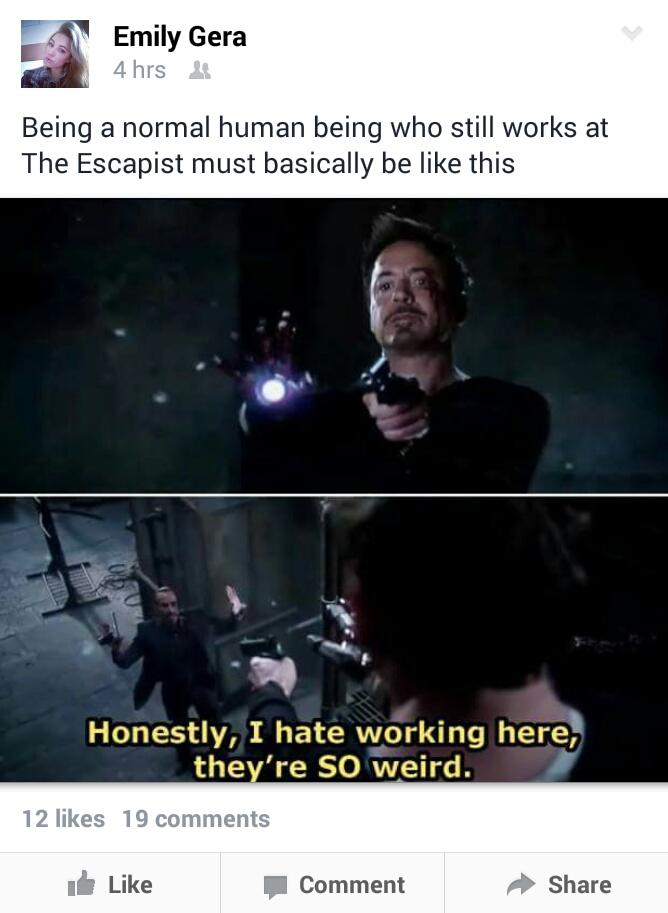 The salt continues to flow over the recent moves by The Escapist leadership. A lot of the industry cretins talk their shit on Facebook, though, where they presume it can’t be seen. As I’ve said before, our spies are everywhere. Assume it will get out: 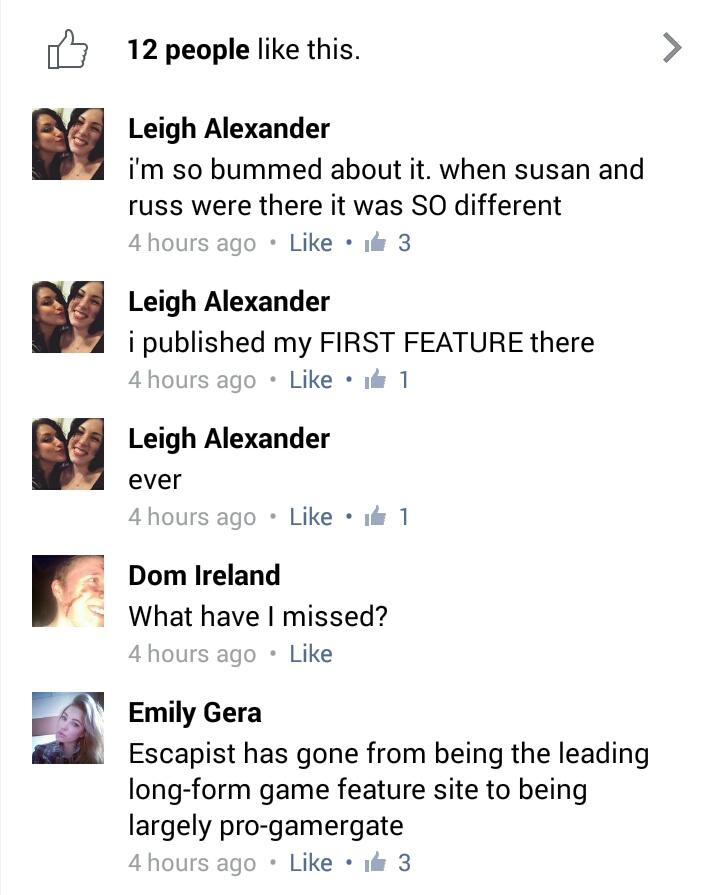 “Largely pro-gamergate?” THE HORROR. We now have one media outlet to your 5,000. Things sure are out of balance. Even one is too many for them. They would rather completely dominate the conversation, and ostracize those who disagree.

We’re just getting started, though. There’s much more:

As I previewed in the open, even the former Editor-in-Chief of The Escapist, Russ Pitts, got in on the action: 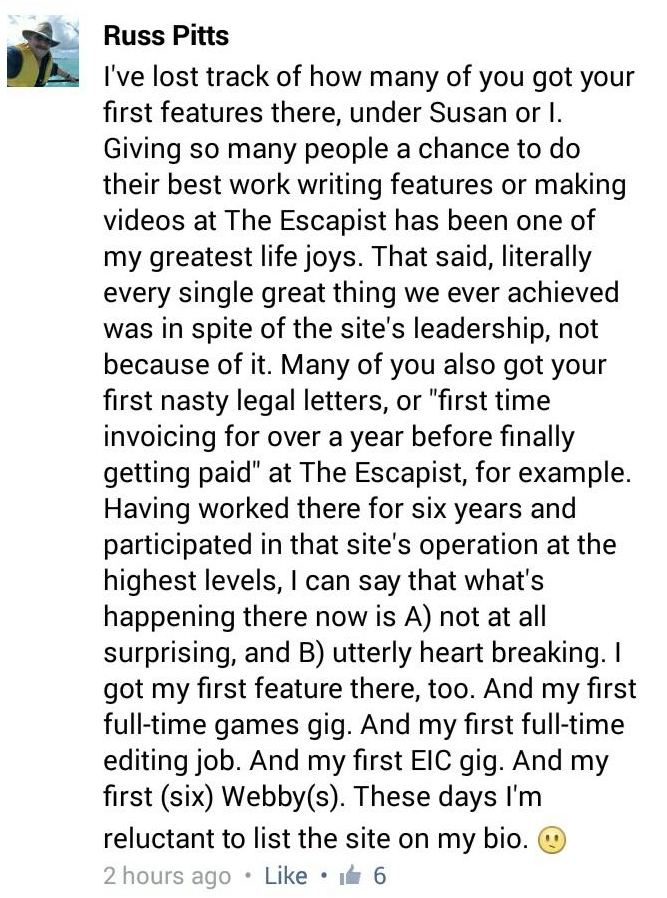 It sounds like Archon made a damn good decision to get rid of these backstabbing bastards. Also, the editorial choices from Mr. Pitts seem to be extremely lacking. Perhaps that’s why he no longer works there? His propensity to slag off his former bosses makes him look like an amateur. This is not how professionals are supposed to do business, yet we see it again and again from the SJWs. They simply don’t know how to conduct themselves.

I’ll be back shortly with the second part of this story. The Leigh comments are good enough to deserve their own entry, in my mind. Plus, she is our oldest friend, as I said. She deserves nothing less than the best!