Sometimes, irony really kicks you in the fucking head. I saw Brianna Wu tweet about the truce she struck with Stardock CEO Brad Wardell earlier today. I went about my business, and didn’t think much of it. Good for them if they want to be civil. It doesn’t really affect me one way or the other. But right before I ate dinner, I got word that Wu was catching a lot of heat over her decision. Calling this amusing would be a severe understatement.

Here’s the Twitter rundown, in case you missed it:

Just had an entirely pleasant cup of coffee with @draginol and two women on his team at @Stardock. Talked business, employee retention.

People are asking why had coffee with @draginol. A while back, I read one of his posts on employee retention, and it struck a chord with me.

I wrote him, proposed a truce and he graciously accepted. We actually share a lot of the same philosophy, businesswise. @draginol

My strategy has always been to find allies where I can, even if I don't agree with them on everything.

All this seemed rather reasonable to me. Two professionals sat down, and decided to stop taking shots at each other. This is not an uncommon occurrence. It happens in business settings all the time. No one in GamerGate (that I saw) got upset by it. But guess who did?

Not only did they get upset, they pretty much turned on Wu. Here’s a few screens & Tweets from the day’s festivities: 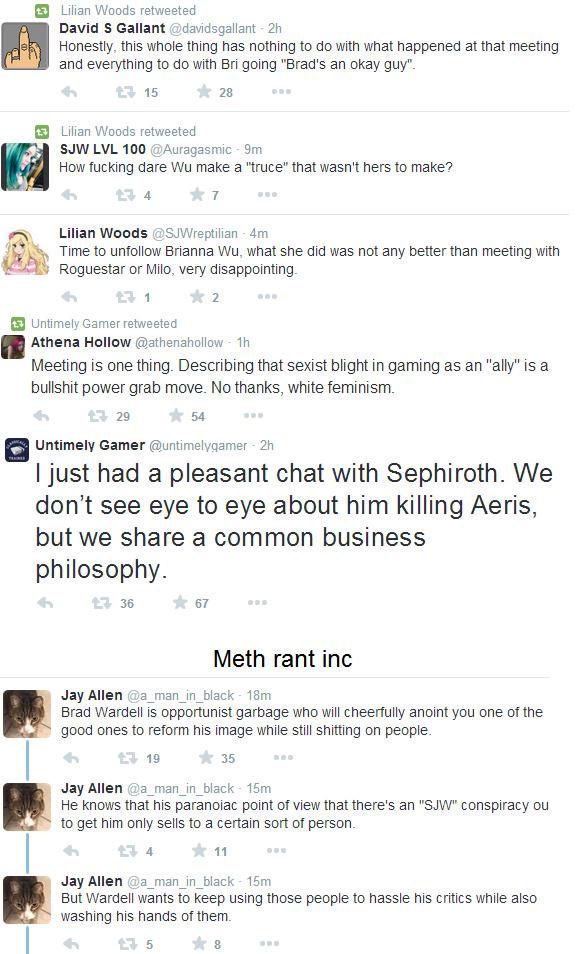 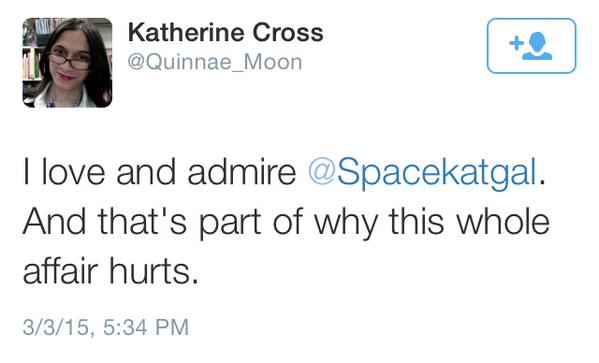 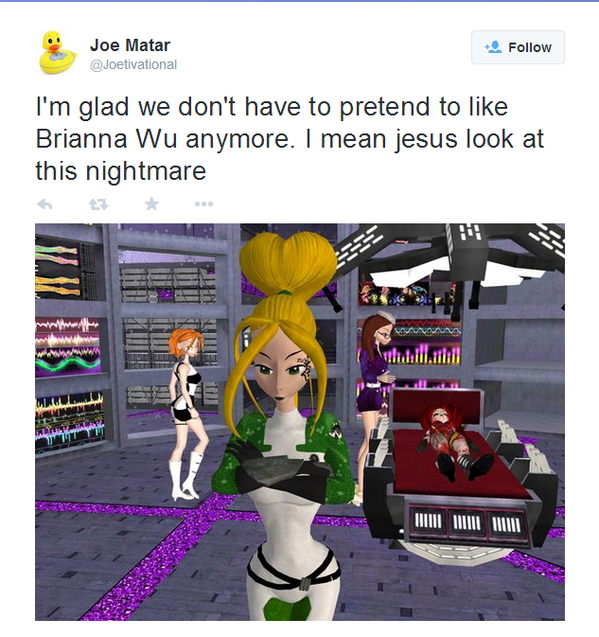 Ok, it’s hard to argue with that one lol.

U would have thought Wu fucked Wardell with the way the anti's r acting. I know Frank would have probably went upside her head for that tho

U would have thought Wu fucked Wardell with the way the anti's r acting. I know Frank would have probably went upside her head for that tho

It’s still happening right now, as we speak. I’m sure I missed some good ones, so if you have any of your own, please do submit them down in the #BasedCommentSection, cause we need to have all this shit documented. By the way, a funny thing happened while I was writing this story. Well, it’s actually sad, not funny.

Instead of sticking to her guns, Wu has decided to be a coward and try to crawl back into the SJW Cult’s good graces. Like I said on Twitter, she MIGHT have gotten away with this if she was Anita or Zoe. But since no one really likes her in the first place, she has a lot shorter leash than the other two do. So, she has to count on her groveling skills instead: 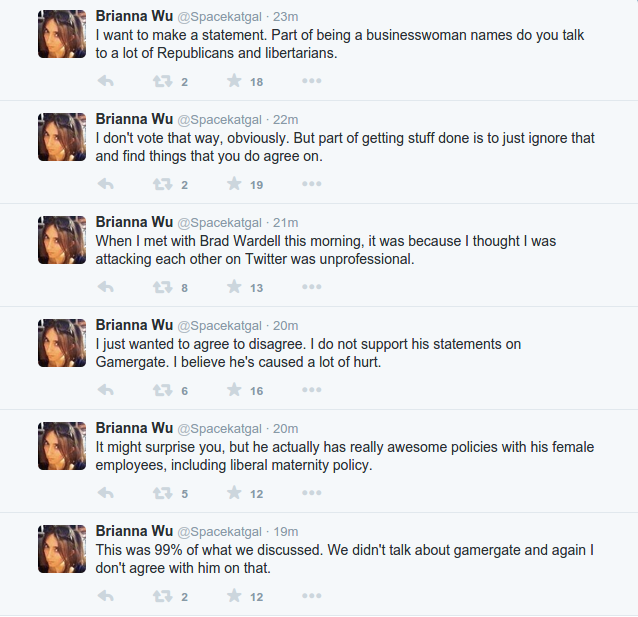 Brianna Wu finally does something cool and sane, but the SJWs refuse to accept it. They’re acting like the cult we always knew they were. Even a figurehead like Wu isn’t exempt from their bloodthirsty ways. Anyone who even thinks about finding common ground with their declared enemies will be pilloried and shitted on. I doubt we’ll see any more peacemaking efforts in the future. The anti’s have decided that it should be total war, 100% of the time. I know GamerGate will continue to speak to anyone who offers dialogue, as we always have (without selling out our principles). The other side can no longer say the same thing with a straight face.

UPDATE: Brad Wardell has commented on this hilarious turn of events…

UPDATE II: Maybe if you try self-flagellation, they will forgive you, Brianna? Do that next. 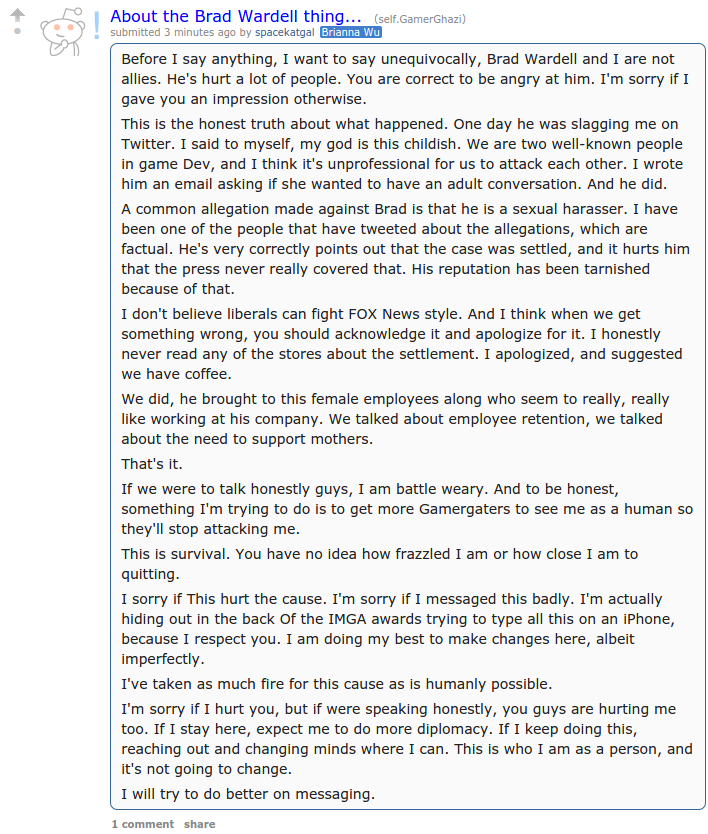